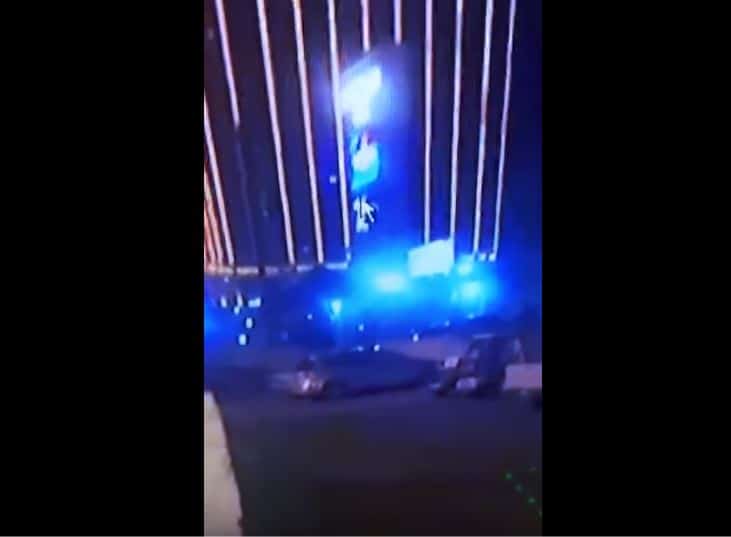 Here are some videos showing muzzle flashes coming from lower floors of the hotel, rather than the 32nd. 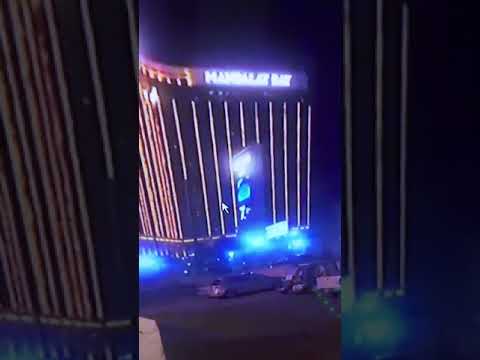 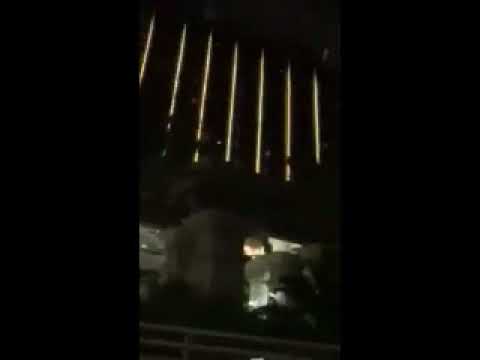 Shooter in the crowd?

Although it’s becoming increasingly clear that this is another staged, false flag event, “false flag” doesn’t mean nobody got hurt or died.

This is some evidence of people being hurt.  Could this have been faked? Sure. One article I read points out there is no one screaming in pain, no grizzly wounded body parts and other things we might expect to see. I leave it up to you to decide.

#1 Photos of Stephen Paddock’s hotel room have been leaked, and one of those photos appears to show a suicide note. Why hasn’t the public been told what is in that note?

#2 Were there additional shooters?  A taxi driver reportedly captured video of an automatic weapon being fired out of a lower level window.  A video from another angle and brief footage captured by Dan Bilzerian also seem to confirm that automatic gunfire was coming from a floor much lower than the 32nd floor room that Stephen Paddock was located on.  And if you weren’t convinced by the first three videos, this fourth video should definitely do it.

#3 Why were law enforcement authorities discussing “another suspect on the fourth floor”, and why isn’t the mainstream media talking about this?

#4 As Jon Rappoport has pointed out, it would have been impossible for Stephen Paddock to kill and wound 573 people in less than five minutes of shooting with the kinds of weapons that he is alleged to have used.  So why won’t law enforcement authorities acknowledge this fact?

#5 How in the world did Paddock get 42 guns and “several thousand rounds of ammo” into his hotel room without anyone noticing?

#6 How did someone with “no military background” and that wasn’t a “gun guy at all” operate such advanced weapons?  Because what we are being told by the mainstream media just doesn’t make any sense whatsoever.  I really like how Natural News made this point…

Far from what the firearms-illiterate media claims, these are not systems that any Joe off the street can just pick up and use to effortlessly mow down 500 people. Running these systems requires extensive training, experience and stamina. It is physically impossible for a guy like Stephen Paddock to operate such a system in the sustained, effective manner that we witnessed, especially when shooting from an elevated position which throws off all the ranging of the weapon system.

Far from being a Navy Seal, Stephen Paddock is a retired accountant senior citizen with a gambling problem and a flabby physique. The only way he could have carried out this shooting is if he were transformed into a human superweapon through a magic wand. I’m calling this “Mission IMPOSSIBLE” because of the physical impossibility of a retired, untrained senior citizen pulling this off.

#7 Why was one woman telling people in the crowd that they were all going to die 45 minutes before the attack?

#8 Why did it take law enforcement authorities 72 minutes to get into Stephen Paddock’s hotel room?

#10 Why was Paddock’s girlfriend, Marilou Danley, in the Philippines when the attack took place?  Did she know what was about to happen?

#11 Was Paddock on antidepressants like so many other mass killers in the past have been?

#12 Why was ISIS so eager to take responsibility for this attack, and why was the FBI so quick to dismiss that connection?

#13 Apparently Paddock had earned millions of dollars “through real estate deals”.  If he was so wealthy, why would he all of a sudden snap like that?

#14 Why did he move so frequently?  It is being reported that Paddock had 27 different residences during his adult life.

#15 Why were nearly all of the exits out of the concert venue completely blocked?…

In essence, the concert trapped the people, preventing them from escaping, and denying them the ability to seek cover. From there, sustained, full-auto gunfire is almost impossible to survive.

From Fox News, a caller named Russell Bleck, who survived the shooting, said live on air, “There were ten-foot walls blocking us in. We couldn’t escape. It was just a massacre. We had nowhere to go.”

#16 Why was a country music festival chosen as the target? read more