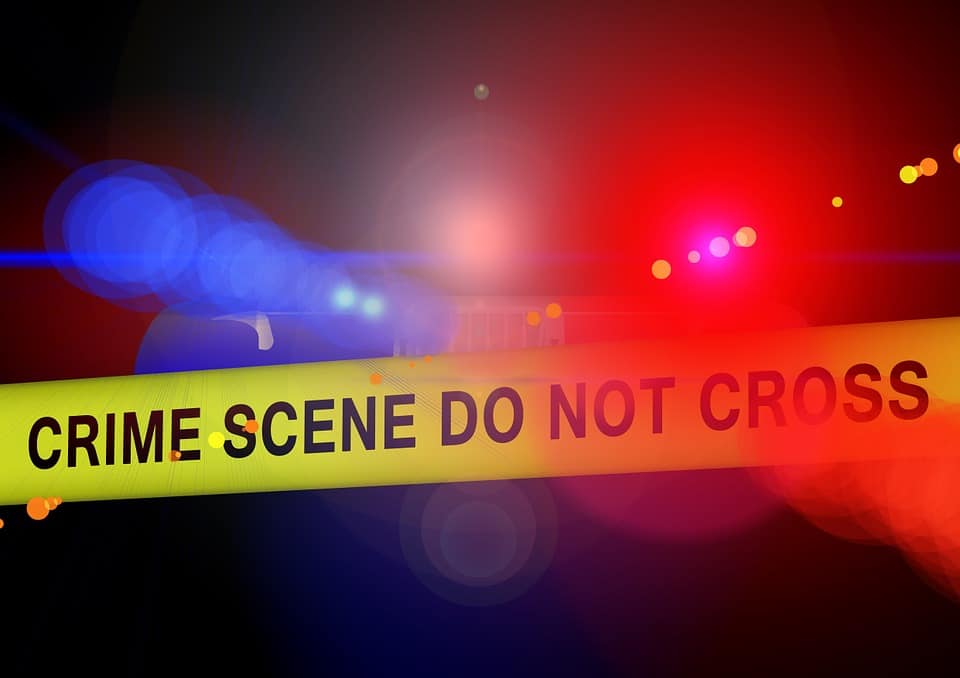 As more and more evidence emerges regarding the mass shooting in an Orlando gay club that resulted in the death of at least 52 people and many more injured, signs are increasingly pointing toward the possibility of a false flag operation.

Already, a number of points lend credence to those who might suggest that intelligence agencies more so than desert-dwelling terrorist organizations are responsible for organizing and directing the attacks. A number of questionable aspects regarding this shooting include:

Omar Mir Seddique Mateen has now been revealed as the gunman in the Orlando club attack. According to mainstream reports, Mateen carried an AR-15 rifle and a handgun into the Pulse club around 2 a.m. and started shooting, killing 50 people and wounding 53. A stand-off ensued which lasted for about 3 hours before a SWAT team crashed into the building with an armored vehicle and killed Mateen.

Mateen had allegedly pledged allegiance to ISIS before the shooting by calling 911 and stating allegiance to ISIS leader Abu Bakr Al-Baghdadi as well as mentioning the Tsarnaev brothers. Mateen was an American citizen born to Afghan parents from Port St. Lucie, Florida, about a 125 miles away from Orlando, a distance which he allegedly drove to commit the attack.

What may at first sound like an instance of senseless violence, brings with it a number of other questions. For instance, the FBI was already well aware of Mateen and his connections to radical jihad and terrorism. According to CNN’s article, “50 Killed in Florida Nightclub, Shooter Pledged ISIS Allegiance,” two officials tell CNN that the FBI had investigated Mateen at some point for possibly having ties to or sympathizing with Islamic extremism. A law enforcement official said there were two cases opened involving Mateen but the probes didn’t result in enough evidence to charge him with anything.

The investigations were reported by a number of mainstream media organizations and later confirmed by the FBI itself during a press conference. The FBI admitted that Mateen had been interviewed by agents twice in 2013 due to comments made about radical jihad which were overheard by coworkers. He was interviewed for a third time one year later due to his connection to Moner Mohammad Abu Salha, an American who had traveled from Florida to train in Syria and later to return to the United States in order to recruit other Americans to fight in the Western-backed terrorist brigades attempting to overthrow secular and legitimate government, Bashar Al Assad.

Salha allegedly returned to Syria and blew himself up in a suicide bombing. It is also interesting to note that Mateen’s father Seddique Mateen is a political personality in his own right having hosted a TV show and apparently declared himself a presidential candidate for Afghanistan. Seddique has denounced the Pakistani government and expressed support and encouragement for the Taliban movement.

Still, the question regarding the fact that Mateen was on the FBI’s radar is extremely important. One key aspect suggesting a false flag that should be looked for soon after the attack is any possible connection the suspect or group of suspects may have had with intelligence agencies. A connection to any one of these organizations and institutions may go some length in explaining how the attack was coordinated, the motivation of the perpetrators, the actual involvement (or not) of the suspects, and who actually directed the operation. For instance, on 9/11, many of the alleged hijackers had previously had close contact with the FBI, CIA, and other high-level intelligence agencies (both home and abroad). Likewise, the Tsarnaev brothers who have been accused of masterminding and carrying out the Boston Bombing had ties to the FBI before the attack.

In many instances, connections to certain military agencies and communities should serve as the same red flag as connections to intelligence agencies since these institutions have largely been blended together.

Indeed, the FBI has had a long history in creating, organizing and facilitating terrorist attacks in order to bust them at the last minute and claim credit for stopping terror attacks. The FBI also has a long history of investigating, monitoring and interviewing suspects of high-profile terrorist attacks before those attacks were committed but doing nothing about them.

As Tony Cartalucci writes in his article, “US Law Enforcement Knew Florida Shooter BEFORE Shooting,”

A terror suspect armed to the teeth storming a public place and killing scores is actually a very familiar script. The FBI wrote several such scripts in 2015 alone, including entrapping and arresting a mentally-ill suspect after providing him with an arsenal of deadly weapons almost identical to the arsenal recently employed in Flordia.

The Intercept would report in its article, “Another “Terror” Arrest; Another Mentally Ill Man, Armed by the FBI,” that:

U.S. law enforcement officials announced another terror arrest on Monday, after arming a mentally ill man and then charging him with having guns.

ABC News quoted a “senior federal official briefed on the arrest” as saying: “This is a very bad person arrested before he could do very bad things.”

But in a sting reminiscent of so many others conducted by the FBI since 9/11, Alexander Ciccolo, 23, “aka Ali Al Amriki,” was apparently a mentally ill man who was doing nothing more than ranting about violent jihad and talking (admittedly in frightening ways) about launching attacks—until he met an FBI informant. At that point, he started making shopping lists for weapons.

According to the affidavit, Ciccolo first talked to the FBI informant about attacking two bars and a police station. Later, he spoke of attacking a college campus with a homemade pressure-cooker bomb like the one used in the Boston Marathon terror attack; he also talked about using guns and a lot of ammo. Ciccolo, according to the affidavit, then “ordered the firearms from a confidential human source (“CHS”) working with the FBI.”

The list of weapons provided to the mentally-ill suspect by the FBI informant is shocking. Revealed in the official FBI affidavit (.pdf), the weapons included a 9mm Glock 17, a 10mm Glock 20, a .223 Colt AR-15 rifle, (referred to by the media as an “assault rifle”), and a 556 Sig Arms SG550 rifle (also often referred to as an assault rifle). Also included in the affidavit is the same hysterical rhetoric encouraged by FBI informants now evident in the recent actions of terror suspect Omar Mateen in Florida.

The FBI literally provided a mentally-ill man they helped plan a terrorist attack together with, an arsenal of deadly weapons – arresting him just before he committed his crime. The only factor that prevented the 2015 entrapment of Ciccolo from becoming a live Florida shooting-style attack was the fact that the FBI arrested Ciccolo before he carried out his planned attack – while those following Mateen did not arrest him.

The role of the FBI in Mateen obtaining his weapons will never be known since Mateen is now – conveniently – dead. Even if he purchased them “legally” at a gun store, it should be noted that in other FBI entrapment cases, suspects were encouraged to purchase weapons themselves, with the FBI arresting them only after they left gun stores with their newly acquired arsenal.

Interestingly enough, in the Ciccolo incident that Cartalucci refers to above, the plan which was fed to Ciccolo involved attacking bars, a target that was actually realized in Orlando. Of course, there will be many who will argue that the FBI, while entrapping unintelligent suspects, would never actually let the drill go live it is important to remember the 1993 World Trade Center bombing where that isprecisely what the FBI did.

Lastly, one immensely important question must be asked: If ISIS is responsible for the attacks, who controls ISIS? For many, claims that the attacker belongs to ISIS is a deal breaker. For these individuals, ISIS is a shadowy terrorist organization that supports itself and has created a caliphate in eastern Syria and western Iraq that can scarcely be defeated (except when the Russians bomb it). However, the facts do not support such a shallow understanding of the ISIS terrorist organization. ISIS was entirely created, funded and directed by the United States, Britain, France and other NATO countries. Its actions have been coordinated by the Anglo-American Intelligence apparatus for geopolitical purposes all across the world both at home and abroad. For this reason, the declaration that ISIS committed a terrorist attack in Paris is by no means a get-out-of-jail-free card for the Western Intelligence apparatus. Instead, it is the trademark of their handiwork. Please see these articles for more information on the nature of ISIS: here, here, here and here.

While the right-wing media blames Muslims and the left-wing media blame guns, perhaps it would be more effective if thinking individuals would examine the possibilities that this attack was a false flag incident designed to push an agenda that would benefit those in power in some way or other. Out of this attack we will no doubt see another push for the evisceration of the Second Amendment and other civil liberties as well as increased hype regarding ISIS as a threat to the American way of life and a greater attempt at justification for foreign adventures.

While the information presented above may not be enough evidence to prove in the court of law that the Orlando attack was a false flag attack, it is reason enough to question the official story thus far. If this attack is indeed placed in the lap of ISIS, however, all fingers should immediately point to NATO and the Atlanticist Intelligence apparatus. It is they who control ISIS and they who bear the responsibility for its actions. If the attack is attributed to a lone jihadist nut the FBI has some serious explaining to do since it appears that the agency itself is the greatest initiator of terrorist activity inside American borders and is either the most incompetent anti-terror fighter in the U.S. or it is complicit in the attacks that take place.