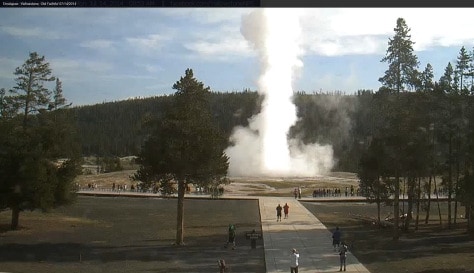 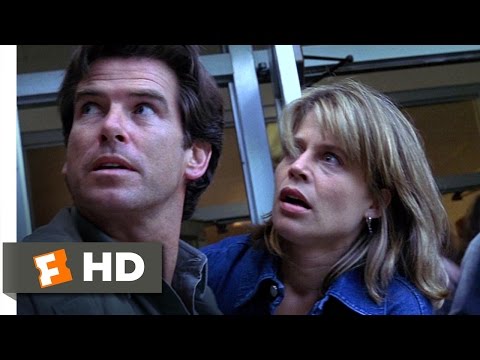 The above clip is fiction, the below information is reality.

The morning of July 14, 2014 — Old Faithful geyser in Yellowstone National Park (inside the supervolcano caldera), experienced a much larger than ‘normal’ geyser eruption.

More likened to a ‘blast’, producing an actual mushroom cloud which literally dwarfed the other eruptions of the day, week, or even month(s).

Clearly this blast goes MUCH higher than normal.

Seen at 1min 42sec in this timelapse video: 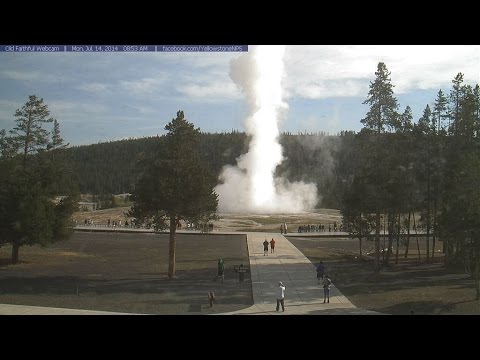 You can check the streaming feeds, or backdated images to compare to other days activity for reference. (links below)

I personally have been to the area twice, both times at the park for multiple days (camped out inside the caldera as well as traversed the park entirely).

Seeing previous eruptions of the Old Faithful geyser, I can certainly say this is indeed a large blast.

On its own, it might be nothing, however in light of the OTHER news from Yellowstone over the past few months, we really do need to pay attention to these potential large earthquake warning signs.

Signs such as geothermal heat hotspots melting roads inside the park.

Signs such as GPS measurements of the area showing a rise of 4 inches since New Years, and a move of the entire park Southeast by over 3/4 of an inch in the same time frame.

Signs such as earthquake swarms at a shallow depth, occurring inside the magma chamber of the supervolcano.

Signs such as professional seismologists making note of the activityoccurring in the region.

Signs such as large land mass movement in adjacent areas to the supervolcano.

Signs such as the announcement that magma chambers in the Pacific Northwest are “REPRESSURIZING” , refilling with magma, and raising several volcanic surfaces, inside calderas such as Mount Saint Helens.

If you put all the above together, indeed there is a heavy increase in activity occurring at Yellowstone Super Volcano.

These are signs we need to pay attention to.  Currently, for the most part, they are being generally IGNORED by the media, professionals, and public.

Better safe than sorry when it comes to the largest volcano in North America.   Pay attention, don’t rely on the media to tell you anything out of the ordinary is occurring.

I’ve got the feeling that even if LAVA was coming up, we’d hear that this is “normal”, assuming we’d even hear about it at all.

Overall, the threat of eruption remain relatively low, however the threat of a large earthquake, like the 1959 Hebgen Lake event, measuring 7.3M , causing major movement in the region.

As we know with ‘public officials’, they’re reading a script, something crafted by those in charge intended to placate your preparedness.

When they tell you everything’s “normal” , and we’re seeing record earthquakes occur……. put 2+2 together… 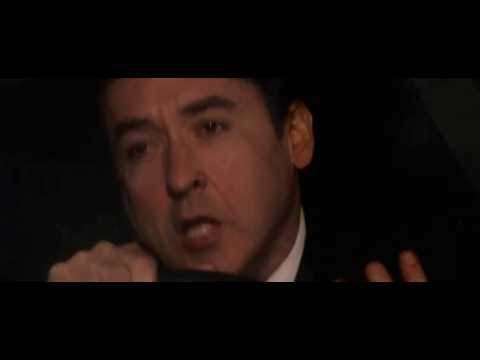