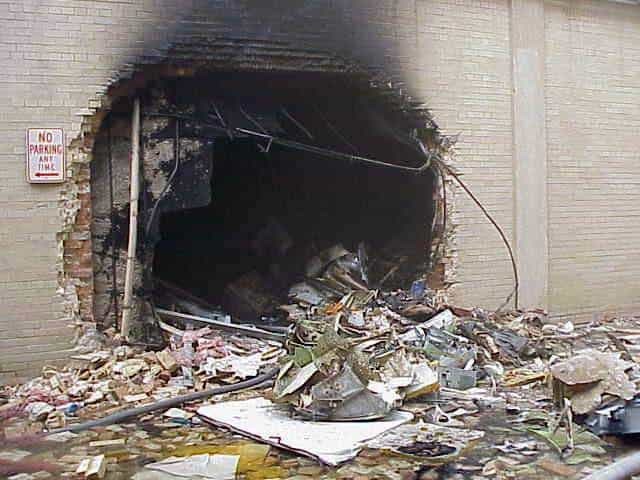 Here’s a photo of the type of cruise missile that hit the Pentagon.

What follows is a photo of an airplane flying in strictly restricted airspace at the moment of the cruise missile impact at the Pentagon.

The diagram below, shows the thermonuclear warhead vaporized seven layers of especially reinforced concrete, before exiting on the inside of C Ring!

The American People Must Act … Sooner Or Later!

The Whole World Has Waited For 13 Years For 9/11 Truth And Justice.

Nations Everywhere Plead With The US Citizenry To Take Back Their Country. Why?

Because the very same people who are responsible for the 9/11 terror attacks continue to conduct false flag operations across the planet, starting new wars and bringing armed conflicts to once peaceful lands.

The shadow government controlling the USA has used the pretext of 9/11 to wage wars wherever they are in competition for resources, especially oil and gas reserves, oil and gas conduits, oil refineries and sea ports.

The same unelected criminal cabal routinely uses the overwhelming US military capability to shock and awe any defenseless nation which presents an attractive geopolitical advantage.  Likewise, they invade countries at will that disobey their orders or attempt to go their own way.

How are the same people, who pulled off the 9/11 INSIDE JOB, still in power? !  They’re still being paid by US taxpayers or collecting government pension funds or covered by state-run health insurance programs.

This state of affairs is no longer acceptable, not that it was ever.

Only the American people can demand the justice due to the 125 unfortunate souls who perished in the Pentagon on 9/11.  As well as to the thousands of office workers who died in the Twin Towers.

WHO was killed in the 9/11 attack on the Pentagon, and WHY?

Isn’t it time to seriously investigate 9/11 truth so that the real perpetrators can be brought to justice?  Especially when those same misguided individuals are still running the country.

If not here in the land of the free and the home of the brave … then WHERE?

9/11 MUST SEE: “I can prove that it was not an airplane” that hit the Pentagon – Major General Albert N. Stubblebine