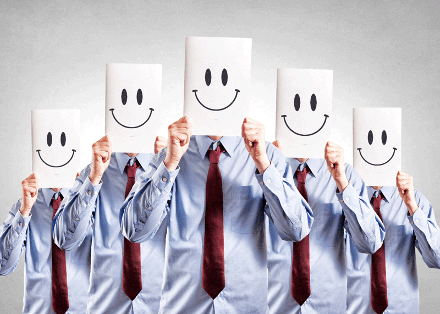 America is in the greatest crisis in the history of our nation and the mass population has lost its ability to intellectually process the obvious. The American Middle Class is quickly becoming lower class and the rising food prices are but one indication that more trouble is ahead. Race wars and riots are starting to surface in our inner cities and as societal pressures increase masses of people are beginning to get primal and retreat back into their ethnic and racial identities. Psychologists are talking about the death of optimism in America and how the American spirit, our “can do” optimism, has faded. But the most disturbing trend of all is that countless millions of people appear to be increasingly disconnected from reality and act more like robots than real people.

The American people have become a nation of fragmented, compartmentalized individuals who appear to be experiencing dissociation from reality at every level. Very few now have the ability to take a few steps back and process what is really going on. What is it that has happened to the American people that has turned them into a nation of robots? Once upon a time in America, and not that long ago, America was a nation of heroes, visionaries, risk takers, and people who could shake your hand and look you directly in the eye.

A number of things have happened over the last five decades which have completely transformed our nation. First, the primary factor which contributed to the transformation of people into robots was the destruction of Judeo-Christian values, morality, family, belief in God, and patriotism. Everything has been turned upside down and right is wrong and wrong is right. Every one of those Judeo Christian values is under a systematic attack and if you publicly subscribe to them you are under attack. The fallout from the disintegration of traditional American values and beliefs has been the psychological and spiritual destruction of people. Americans are now frightened, disoriented, fragmented, drugged, addicted, and walk about like they are in a trance state.

The American people have literally been under siege in a “shock and awe campaign” in a spiritual battle. Our films, music, and television constantly push the envelope, presenting images, music, and video that act synergistically as a kind of all-out assault on the realities that once held our nation, families, and personal lives together. For those of you who are old enough, we can remember the black and white images of President John F. Kennedy getting his head blown off while riding in a motorcade in Texas. That was pure shock to an entire generation of Americans. Then there was the Viet Nam War, which was the first war that was televised and, as a counter balance, student demonstrations, the hippie movement, and the psychedelic rock’n’roll of the drug culture which turned an entire generation of young Americans on to sex, drugs, and rock’n’roll. The sixties drug term, “Blow Your Mind,” was more than an expression; it was an accurate description of the synergistic effects of counter culture which literally blew out the rational and analytical mind. Author Ken Kesey, who was turned on to LSD by the Stanford Research Institute, encouraged people to “go with the flow.” In other words, let go of your rational, analytical mind and simply “go with the flow” of whatever message the culture generates.

So here we are over four decades from the euphoric high, and like every drug-rush type of experience we are now in a collective crash and some of us who can still think see our nation morphing into the brutal totalitarian state George Orwell warned us about in his novel 1984.

But there were other hidden forces at work all the time that were secretly guiding the illusory “go with the flow experience.” These hidden forces used social engineering in the educational system to program many generations of Americans to suppress the function of the right brain or the right hemisphere of the brain. By stripping art, music, great literature, and creativity out of the classroom and replacing it with robotic functions like teaching to the test, these hidden forces have literally destroyed several generations of Americans’ ability to think outside of the box, to question, to look at the big picture, and, most importantly, to ask “Why?” It is the right brain which enables us to perform all those important questions and when you suppress it, you create a left-brain dominate culture of automatons, robots, androids, and compliant people who cannot think independently. Both the Republican and Democratic parties have sucker punched the American middle class into thinking that if their children perform well on test scores they are actually educated and prepared for life. What a preposterous illusion! Charter Schools are not about real education and real preparedness; they are about creating robots who will be content with low-paying and meaningless jobs and every Republican with an American flag-lapel pin who promotes this kind of education is either lying to your face to please his or her corporate sponsors or has a right brain the size of a rotten walnut.

In mass desperation, there are millions of Evangelical Christians who genuinely want to be positive and motivated, so they gravitate to Evangelical superstars on television who provide counterfeit motivation. These superstars put their audiences in a positive state of consciousness, but a positive state of consciousness disconnected from reality. People become like drug addicts in a ghetto, high and happy in their rat filled apartments and drowning in their own filth. Yeah! Stay motivated and stay positive, and hold your Bibles up high as you sweep the concentration camp floors. But you can no longer see reality for what it is because you are no longer living in the real world; you are in a trance state.

So what is the answer? How do you stop living like a programmed robot and become a real person again? How do you find the real motivation to overcome all these problems? First, you need to come to the place where you admit that you are no longer free and stop believing in lies. Only the truth can set you free. So you need to have the most radical and revolutionary encounter with truth at every level of your life in order to become free and all that starts with the desire to become free.

Once you have a real desire to become free, only then can actually see the door that has been sitting in front of your eyes in the prison cell you have called your present reality of consciousness. The door has been in front of you all the time; it’s just that you could not see it.

So this is where the rubber meets the road: you have to make the decision that you are going to get up, walk towards the door, open it, and walk through it into total freedom! At this point many people become paralyzed by fear due to their conditioning and they are afraid to open the door. You have to resist that temptation to become paralyzed by fear; it is that fear that keeps most people in their trance state. So you go for it; you literally charge the door and break out of prison! You make the decision to open your mind to the truth that sets you free and as you open that door, you will see the most dazzling light you have ever seen. It is a light brighter than a thousand suns and it is almost blinding. As you see this light, you begin to notice that this light which is brighter than the sun has a peculiar golden hue to it. It is not just intense white light; it has very unique golden warmth to it, which is very comforting. It is as if this light has a personality and you begin to feel its love. But this is not a love like anything you have ever experienced before; this is a love that is higher and purer than anything you have ever known and in the light of this love you lose your sense of aloneness, isolation, fear, and doubt. 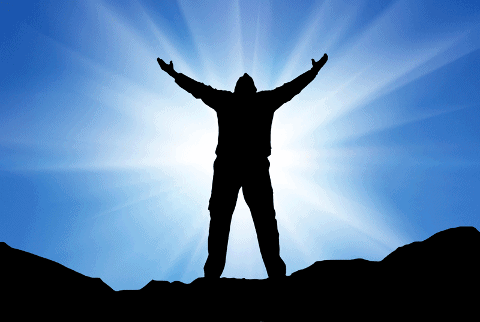 As you experience this light, you recognize that this is not some drug-like, mystical or other worldly euphoric experience. This is the light of the truth and you recognize that on every level it has set you free and if you allow it to, this light will heal you and set you back in your right mind.The intensity of the experience will begin to fade somewhat, but since it is truth it really will stay with you forever. You will now know who you are and what you have to do. You will understand that this is the Light and the darkness has never conquered it, nor will the darkness ever conquer it. For in the final analysis the light has conquered the darkness and as you walk in that light, everywhere you go, you will be able to conquer the darkness. It is important for you to understand that by your willingness to open the door and allow the light to come in you have unleashed the most powerful energy source in the universe. The brilliance and glory of that light is so intense that it literally sets on fire this dimension, punching through the wall which we collectively call reality. But the energy and combustion from this light is so intense that it begins to burn up what appears to be physical reality… it is as if physical reality is on fire. The intense heat of this light is unstoppable as it burns and ignites the known world, changing the sub-atomic structure of everything around it. It is an eternal fire that burns with such intensity that nothing can put it out. You have opened the door and have set the world on fire and it will keep burning until it has consumed all that is false.