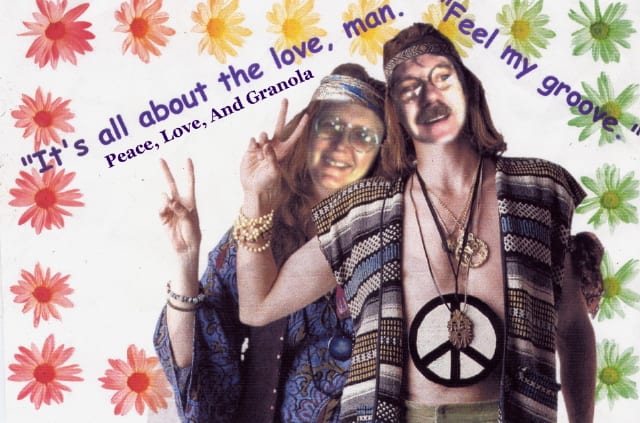 We assume large corporations have economic objectives. But we don’t expect them to have a secret social and occult agenda as well.

Central bankers based in the City of London control the cartels that dominate the world. They finagled the right to print money based on our credit and quite naturally used this advantage to buy control of everything worth having.

This might be tolerable if limitless wealth was all they wanted. But they also want limitless power: not just one-world dictatorship but total control over our minds and souls.

In the book Dope, Inc., (1992) Executive Intelligence Review researchers unveil the true occult and criminal character of the bankers’ agenda. Incredible and bizarre as it sounds, the bankers practice the pagan Cult of Isis, which is at the heart of Freemasonry, Theosophy and the Kabala.

“Their religion is not the Anglican Christianity they publicly profess but a hodgepodge of paganism, including satanic cults such as Theosophy and Rosicrusianism. The central, synergetic ideology of the oligarchies inner cult life is the revived Egyptian drug cult, the myth of Isis and Osiris, the same anti-Christian cult that ran the Roman Empire.” (263)

This is why the logos of many major corporations feature occult symbolism . This is why their advertising often contains an overt social message, lately espousing occult Feminism.

According to EIR, the “New Age” counterculture “that was foisted on the 1960s adolescent youth of America is not merely analogous to the ancient cult of Isis. It is a literal resurrection of the Cult…” (537)

This is why most counter culture symbols, like the Peace Sign, also have occult anti-Christian origins.
POPULAR CULTURE = BRAINWASHING
The 35-page Chapter “The Aquarian Conspiracy” is available on line at Anthony Grigor-Scott’s excellent web site. I am merely highlighting the most pertinent points. Consider the following as Cliffs Notes.

For example, the bankers’ social engineering branch, the Tavistock Institute, manufactured the Beatles phenomenon. The screaming teenagers were bused in from a girl’s school.

“In 1963 the Beatles appeared on the Ed Sullivan show. They combined rock and mystical music, long hair, and Hindu worship…Drugs were suggested in many of their songs: “Yellow Submarine” (a “submarine” is a “downer”), “Lucy in the Sky With Diamonds” (the initials of the main words are LSD), “Hey Jude” (a song about methadrine), “Strawberry Fields” (where opium is grown to avoid detection) and “Norwegian Wood” (a British term for marijuana).

It supported a new international order (“I wonder if you can, No need for greed or hunger, A brotherhood of man, Imagine all the people, Sharing all the world”) and advocated a one-world government (“You may say I’m a dreamer, But I’m not the only one, I hope someday you’ll join us, and the world will be as one.”) Lennon called for abolition of private property and then left his Japanese-born widow a $250 million estate.”
BRAVE NEW WORLD
In his Brave New World Revisited, (1958) Aldous Huxley, a member of the banker braintrust, described a society in which “the first aim of the rulers is at all costs to keep their subjects from making trouble.” He described a likely future: “The completely organized society… the abolition of free will by methodical conditioning, the servitude made acceptable by regular doses of chemically induced happiness . . .”

He predicted democracies would change their nature: quaint old forms — elections, parliaments, Supreme Courts will remain but the underlying substance will be non-violent totalitarianism…

Democracy and freedom will be the theme of every broadcast and editorial — but democracy and freedom in a strictly Pickwickian [i.e. not literal] sense. Meanwhile the ruling oligarchy and its highly trained elite of soldiers, policemen, thought-manufacturers and mind-manipulators will quietly run the show as they see fit.”

The “highly trained elite” consists of dupes, many of whom actually believe they are opposing the corporate elite and building a better world. Generally speaking, they are self-righteous mediocrities who sense which path leads to “success,” like ants and jam.

Ferguson writes: “There are legions of [Aquarian] conspirators. They are in corporations, universities, and hospitals, on the faculties of public schools, in factories and doctors’ offices, in state and federal agencies, on city councils, and in the White House staff, in state legislatures, in volunteer organizations, in virtually all arenas of policy making in the country.”

They are products of a counter culture that has robbed them of moral or common sense.
CONCLUSION
The “counter” culture is exactly that: a sophisticated ruse that runs
counter to true culture. It is the enemy of Western Civilization, which
is based on belief in God, i.e. a natural and moral order that includes universal standards of love, truth, beauty and justice.
Under the aegis of “humanism” and “secularism,” the Neo Feudal World Order redefines reality and fosters pagan dissipation . It builds museum-monuments to “human rights” while courts deprive millions of children of access to their fathers.

People who uphold the truth aren’t suppressed but rather made to seem irrelevant. In the NWO, defenders of civilized values have a status similar to
model railroad enthusiasts.

Thanks to David Livingstone, author of The Dying God: The Hidden History of Western Civilization, for bringing EIR’s “The Aquarian Conspiracy” to my attention.
———————-