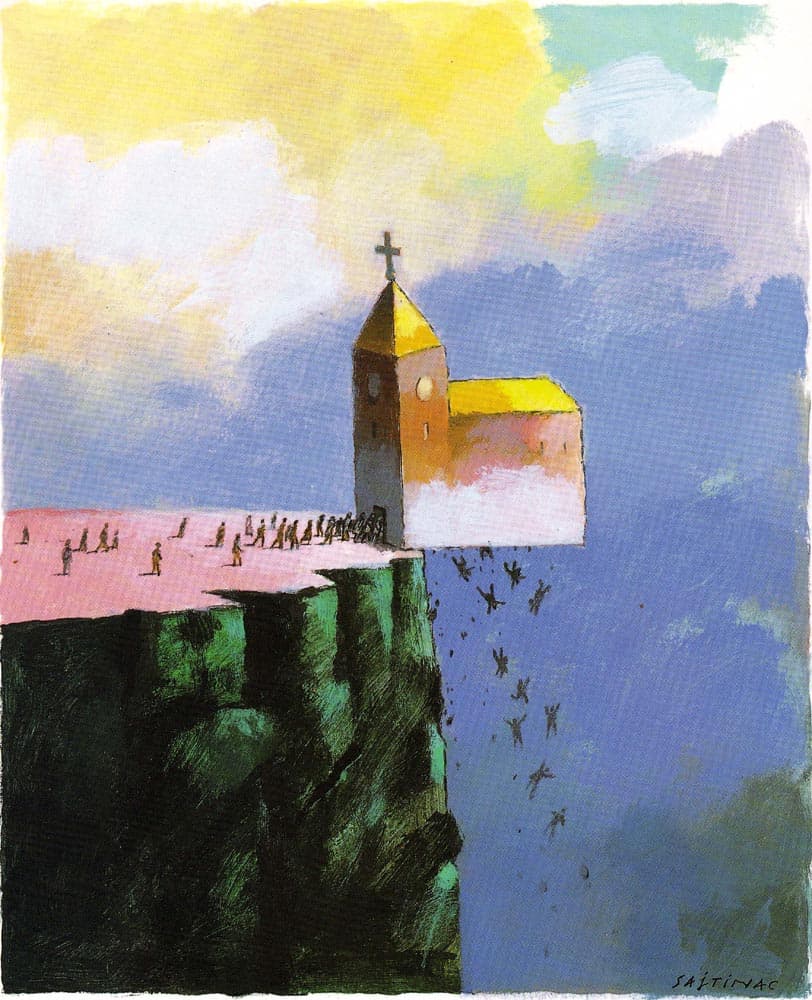 The church today is replete with false teachings and the infiltration of demonic spirits. It is more important than ever that Christians prayerfully and diligently study and know the Word of God for themselves, and become aware of the many devices that satan is using to deceive and manipulate the “the very elect”.

Fetishes and Christian Magic: An Excerpt From the New IdolatryTaken from Chapter 2

Within the history of religion in general, fetishism is a form of magic,wherein an artificial object is revered and regarded as powerful enough to ensure protection. Likewise an amulet is a power-charged fetish for protection against magic and demons.[13] Those who revere and depend on fetishes and amulets are in danger of transgressing the second commandment, namely, not to make any graven images.

Even a cross suspended from a necklace has a magical meaning.Written in 1972,

the passing of three decades reveals that the problem has progressively worsened:

“Many a Christian worker thinks so. It is evident here that Christianity has become infected with magic influences. According to the New Testament this intrusion of magic elements turns the Christian faith into a matter of materialism and idolatry. Pastoral experience shows in many cases how this superstition captivates men and subjects them to magical influences. It is not seldom that houses protected by fire charms and other fetishes and amulets become haunted. [14]

Even prayer can be dangerous because it descends into charismatic witchcraft when the one who prays seeks to control the lives of others. Soulish prayers of this kind energizes psychic power by projecting one’s thought on to the persons that they are praying for, by saying that such and such a person ‘shall’ do this or that. Such prayers make demands upon God to “make something happen. According to Jessie Penn Lewis,

“Every prayer should be directed Godward, and should never be a telling the Lord what to do for somebody else. We may pray that God will direct them what to do, but we ought not to say that they ‘must’ do what WE THINK is God’s will they should do, or even that they ‘shall not’ do what we know is wrong.”[15]

I observed in a video clip a vivid depiction of a charismatic witchcraft prayer offered by well-known evangelist and associate of charismatic mega prophetess Juanita Bynum, Rev. Cindy Trimm. Before a congregation of at least a few thousand, Trimm walked up and down the platform, supposedly praying, bellowing loudly: “I decree this and I proclaim that.” With this esoteric, occultic prayer, rather than God the Father of the trinity, she really was addressing fallen angels.

Ashtar: This photo is one of many images of him.

Once Trimm loudly proclaimed, “ Father, I decree that the spirit of the Ashtar shall fall upon all the people, from one end of the congregation to another, the people fell slain in the spirit in what looked like ocean waves. Ashtar is one of the gods who calls himself an ascended master who channels message through New Age mediums. Ashtar claims to be the military general of the fallen angel known as Jesus Sananda Emmanuel, the one I call “the Fake Jesus.” In fact, when Charismatics praise and give thanks to Jesus, Sananda is the one who receives the worship and the adoration because the fake Jesus is the invisible god behind the practice of charismatic witchcraft.