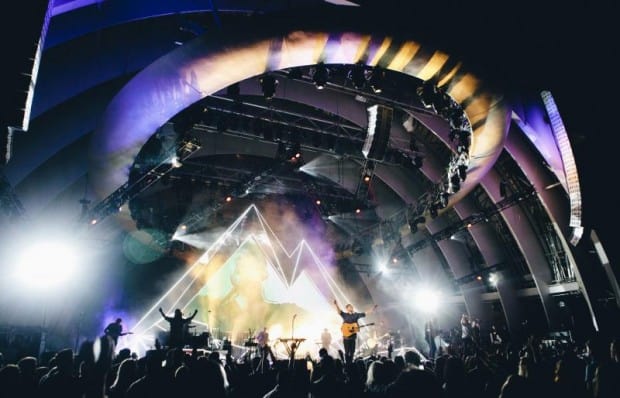 I want to begin by saying the murders and deaths across the world are not just by chance but it is in part due to the NWO. Sacrifices play a huge part but also the elite which rule this world want billions of people dead! This is no exaggeration. Is this photo a suggestion or demand? Or is it just plain trickery by Satan?

Imagine using this kind of resource?

This is the work of REDEMPTION WORLD OUTREACH CENTER. I happen to watch, or rather listen to most of the sermon given by the head minister of this facility this past week. I noticed that this symbol…

This is an ANKH. Hidden carefully for sure, but just the same.
The ankh (  /ˈæŋk/ or /ˈɑːŋk/; also known as key of life, the key of the Nile or crux ansata (Latin meaning “cross with a handle”), was the ancient Egyptian hieroglyphic character that read “eternal life”, a triliteral sign for the consonants. Egyptian gods are often portrayed carrying it by its loop, or bearing one in each hand, arms crossed over their chest. It is also called the “handled cross”, or crux ansata.
To this day, the ankh is also used to represent the planet Venus (the namesake of which, the goddess Venus or Aphrodite, was chiefly worshiped on the island) and the metal copper (the heavy mining of which gave Cyprus its name).
Many neo-pagan, New Age, and pagan sects wear the ankh as a symbol of power and wisdom or to show that they honor the Egyptian pantheon.
Mirrors of beaten metal were also often made in the shape of an ankh, either for decorative reasons or to symbolize a perceived view into another world.

Oh, this symbols is excused as merely a symbol for GOD, but it really isn’t!
http://mysteryoftheinquity.wordpress.com/2011/09/10/all-seeing-eye-in-church/ 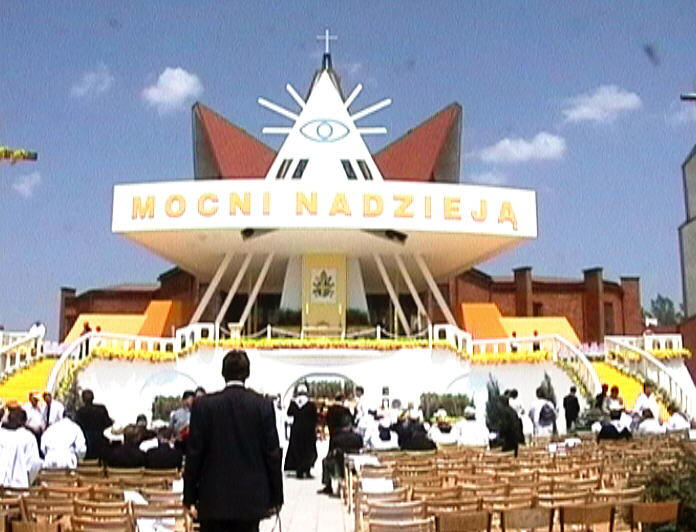 Orthodox Catholic church found in Poland. Notice Satan’s all seeing eye at the top. It’s in Zamosciu, Poland and the pope visited it a few years ago. It is in a shape of atriangle with a big Horus eye on top. On the church it is written: “Big Hope”.

Pope says Faith in Christ is NOT Necessary to Salvation!

Nonbelievers Too Can Be Saved, Says Pope

VATICAN CITY, NOV. 30, 2005 (Zenit.org).- Whoever seeks peace and the good of the community with a pure conscience, and keeps alive the desire for the transcendent, will be saved even if he lacks biblical faith, says Benedict XVI.

The Pope made this affirmation today at the general audience, commenting on a meditation written by St. Augustine (354-430).

PHALLIC SYMBOLS
Every Easter, Orthodox Catholics bake this cake called “Kulich” and take it to church to be blessed by the priest. Now… the Kulich must be baked in this shape ONLY… do I have to explain what it means? The photo below displays the same worship of the Phallus.

Polish Monument↑
The Obelisk is yet again another form of a phallic symbol!

Mermen on a door in Icod town center↑

Signs of the zodiac on display in Parque García Sanabria

The Phoenix Bird is an ancient occult symbol:

The Phoenix Bird is one of the oldest occult symbols in the world, having been invented in the Egyptian Satanic Mysteries. Occultists believe that only one of these magnificent birds lives at any one time, and lives to be about 500 years old. Then, it self-immolates and its body is reduced to ashes; however, a new Phoenix Bird immediately arises out of these ashes, to live another 500 years. [Manly P. Hall, The Phoenix: An Illustrated Review of Occultism and Philosophy, as quoted by Dr. Burns,Masonic and Occult Symbols Illustrated, p. 121]

The Phoenix Bird is a symbol of Lucifer:

The Phoenix … is believed to be a divine bird going back to Egypt … This Phoenix destroys itself in flames and then rises from the ashes. Most occultists believe that the Phoenix is a symbol of Lucifer who was cast down in flames and who they think will one day rise triumphant. This, of course, also relates to the rising of Hiram Abiff, the Masonic ‘christ’.” [Bill Schnoebelen, quoted by Dr. C. Burns, “Masonic and Occult Symbols Illustrated”, p. 123] 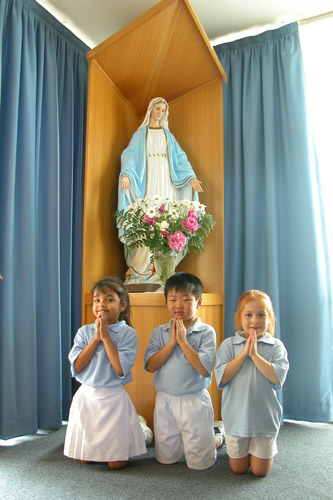 By praying to a statue, you are essentially worshiping an idol. This includes Mary, saints… but also the statues they have put in churches across the world of what is supposed to be Jesus Christ.