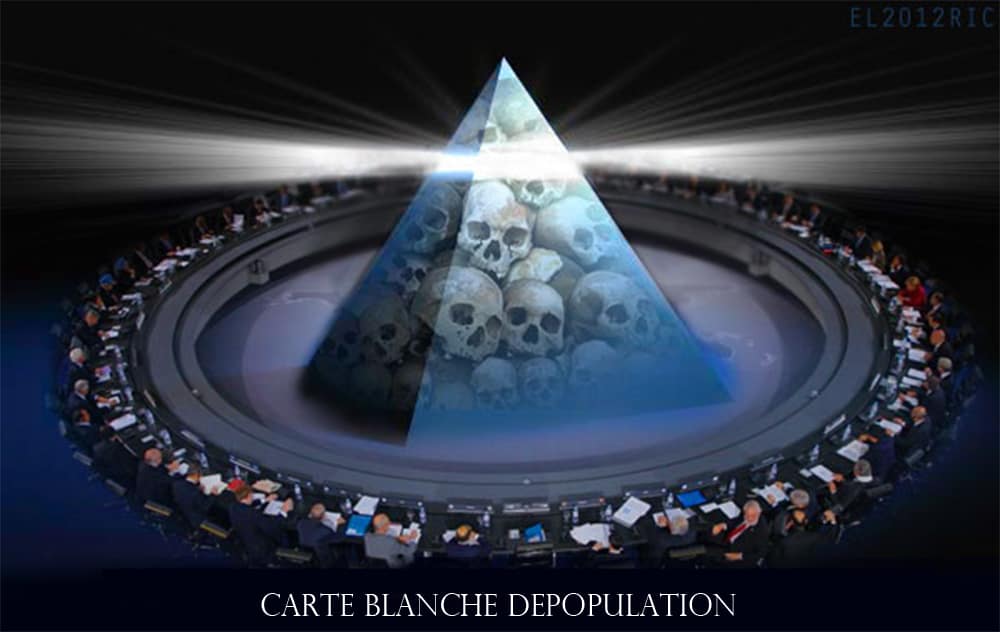 This list relays the global results of intentioned depopulation:

Lists are good.  They are succinct, to the point, and they make thinking less burdensome when the all-encompassing reality of perpetrated death or, in legal terms, first-degree murder, results.

Weather engineering the climate, which began in earnest in the 1920s, resulted in a highly technological and scientific system to cull enormous segments of the population.  The money that has been spent on this near century-long endeavor alone proves its military application, its expertise, and its panoptical comprehensiveness.

Are humans over-populated?  I do not have the answer to that question.  First, global population numbers are provided by the funded recipients of the planners, which raises red flags.  Birth rates have been falling for decades, and abortion, infanticide and non-stop warring eliminate tens if not hundreds of millions of people annually not including natural death.  However, what are we to assume of natural death beneath the reality of climate engineering, food engineering, artificial drought, flooding, electromagnetic pulsing, atmospheric super-heating, microwaving, satellite weaponry, mass-drugging, and a wholly radioactive planet?  Is there such thing as “natural” death?

I never anticipated that I would become an environmentalist as I always recognized the complicity of the most powerful “green” lobbies, land trusts, and environmental non-profits and governmental agencies with the United Nations “sustainability” agenda; a wholly corporate profit, land confiscation and depopulation-based agenda (Agenda 21).  Today, however, I am an environmentalist fighting for my life’s sustenance; sunlight, food, water, air, and soil.  Without these fundamentals of natural life, I cannot live.

No existing law makes illegal human depopulation.  Corporate billionaires and their philanthropic organizations fund all global depopulation missions through their control of governments that in turn enact laws ensuring their ongoing power and wealth.  These people are known, and their numbers are very few; however, they control all governing and military powers, all global economies, all central banking systems, and all science;  they create all technologies, they control information dissemination and communications, and they control the entire world’s food and water sources through geoengineering.  There are “pollution” laws, but none apply to these planners.  Equally, the same planners enacted and erected the United Nations, its global treaties, its corporate representation, and NATO.

In the destruction of all national economies and global war destabilizations, humans have become chronically destabilized and incapable of achieving fundamental lives.  Equally, most of humanity is chronically sickened and impoverished, and not one living creature on earth, plant or animal, is unscathed or biologically “natural” or healthy.  As a result, we are flooded with pharmaceutical and recreational substances to mask our chronic and purposed infirmity and decrepitude; substances made to hasten the death of all major organs.

The people, plants, animals, air, water and soil blanketed in nano-particulate heavy metals, sulfates, nano-bio-filaments, and other unknown substances are no longer of biological or original nature.  All life and its necessary sustenance have been technologically altered.  Sickness and death is the result, and all somehow legal.  Planetary destruction is the result and somehow legal.  If we do not or cannot change this, the final generations of most humanity, alive today, will be gone by mid-century—exactly according to their plan and timeframe goals.

To those alive today, this is the final chance to stop this power structure and to bring them to justice.  First-degree murder of all biological life is the charge and the crime as so declared by we the people of the world.  If this is not the accepted global outcry and command, today’s living generations are going to die en masse.  I repeat:  Today’s generations, those alive today, are going to die en masse.