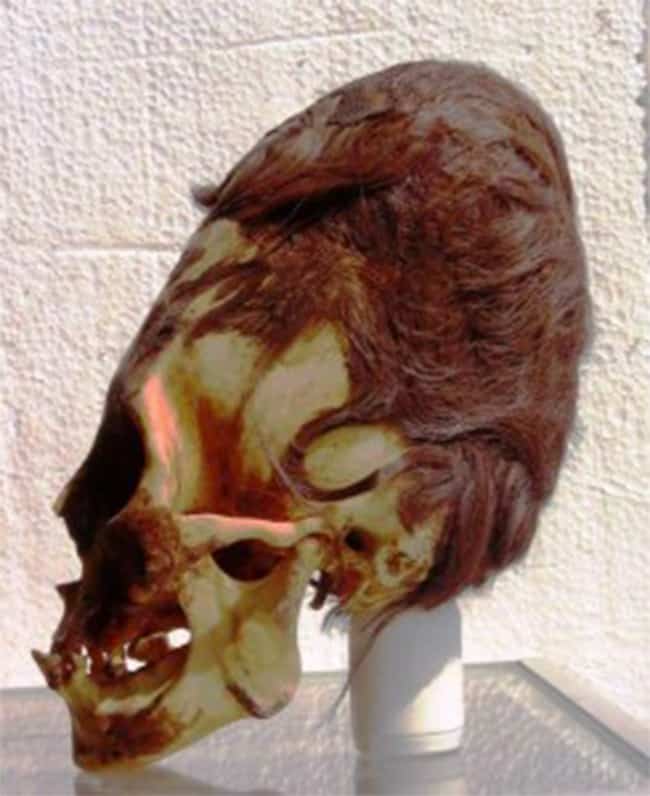 How can we explain elongated skulls that are thousands of years old that contain genetic material “unknown in any human, primate or animal known so far”? For months, many of us have been eagerly awaiting the results of the first DNA tests to ever be performed on the famous Paracas skulls. The results for one of the skulls are now in, and the scientist that did the testing is declaring that this skull represents a “new human-like creature” unlike anything that has ever been discovered before. So are these actually Nephilim skulls?

Do they come from a time when the world more closely resembled “the Lord of the Rings” than most people living today would ever dare to imagine? There are those who believe that extremely bizarre hybrid races once roamed the planet. With each passing year, the scientific evidence continues to pile up on the side of those that are convinced that the Nephilim actually lived among us. As the knowledge of this evidence becomes more widespread, what is that going to do to the commonly accepted version of history that all of us have been taught?

If you are not familiar with the Paracas skulls, the following is a pretty good summary from a recent article by April Holloway…

Paracas is a desert peninsula located within the Pisco Province in the Inca Region, on the south coast of Peru. It is here were Peruvian archaeologist, Julio Tello, made an amazing discovery in 1928 – a massive and elaborate graveyard containing tombs filled with the remains of individuals with the largest elongated skulls found anywhere in the world. These have come to be known as the ‘Paracas skulls’. In total, Tello found more than 300 of these elongated skulls, which are believed to date back around 3,000 years. A DNA analysis has now been conducted on one of the skulls and expert Brien Foerster has released preliminary information regarding these enigmatic skulls.

As Holloway noted, it is researcher Brien Foerster that has been leading the charge in reviving interest in these elongated skulls. Now that the DNA results are in, interest in these skulls is almost certainly going to skyrocket. The following quote from the geneticist that conducted the DNA analysis comes from Brien Foerster’s Facebook page. Please keep in mind that this geneticist was not told the history of these skulls in advance. So he was able to examine them without any preconceived notions. What he found was absolutely shocking…

Whatever the sample labeled 3A has came from – it had mtDNA with mutations unknown in any human, primate or animal known so far. The data is very sketchy though and a LOT of sequencing still needs to be done to recover the complete mtDNA sequence. But a few fragments I was able to sequence from this sample 3A indicate that if these mutations will hold we are dealing with a new human-like creature, very distant from Homo sapiens, Neanderthals and Denisovans.

As I have written about previously, forensic analysis of these skulls show that they were not deformed by “cradle-boarding”. There are many examples of skulls that have been “cradle-boarded” down in South America, but the skulls that Foerster has been investigating are much different from those skulls. The following is more from April Holloway about these skulls…

The cranial volume is up to 25 percent larger and 60 percent heavier than conventional human skulls, meaning they could not have been intentionally deformed through head binding/flattening. They also contain only one parietal plate, rather than two. The fact that the skulls’ features are not the result of cranial deformation means that the cause of the elongation is a mystery, and has been for decades.

In fact, in a previous article I discussed how a sample of red hair from one of these skulls was sent to a lab to be analyzed. The tests on that sample of hair also showed that these skulls are not human.

Or at least they are not fully human.

So can we conclusively say that these are Nephilim skulls?

Of course many researchers are extremely excited about these findings, but they are warning everyone to stay cautious. For example, consider what L.A. Marzulli is saying about these skulls…

Our Geneticist has had his mind blown as the email indicates, but we must be cautious with our conclusions until all the evidence can be examined.

With that in mind, take a good look at the two skulls in the picture above. I took this photo when I returned to the Chongos Necropolis a few weeks ago. The skull on the left shows only one parietal plate and a complete absence of a parietal suture. Is this a genetic trait that is only found in the Paracas skulls? If so, what does it signify?

Chongos is one of the most enigmatic places I have ever found myself in. On this visit to the area we were accompanied by the mayor and an armed escort! Chongos is where the sample for the DNA testing and the subsequent results I posted above, has come from.

Are these really Nephilim skulls? In my opinion, the evidence is beginning to stack up in that direction, but we must be cautious and patient for all the evidence to come in.

You can find the photo that he was talking about right here.

And for much more on the DNA test results, I have posted a video interview with Brien Foerster below…

And you can find another video interview with Foerster right here.

Of course this is not the first time that a very bizarre skull has been tested.

In a previous article, I discussed how DNA testing of the Starchild skull showed that it was not human.

So who were all of these extremely bizarre human-like creatures that were roaming around on our planet just a few thousand years ago?

Could it be possible that they were actually the Nephilim or their descendents?

About the author: Michael T. Snyder is a former Washington D.C. attorney who now publishes The Truth. His new thriller entitled “The Beginning Of The End” is now available on Amazon.com.