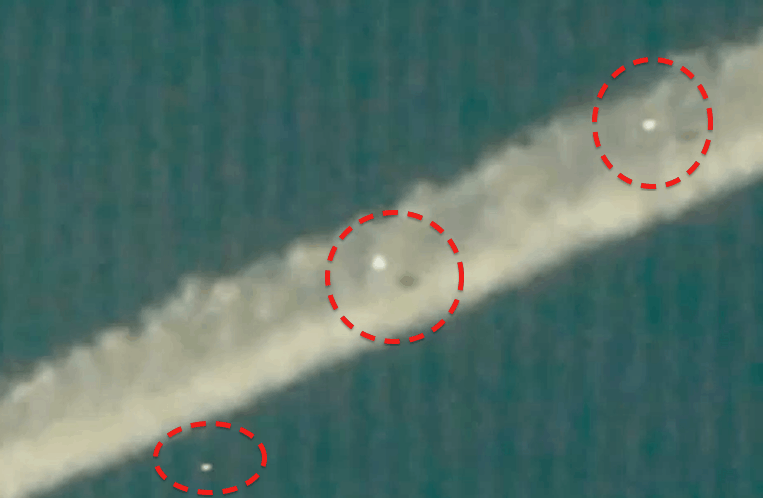 UFO’s and orbs being seen all around the world. Some appear to be a product of advanced technology and some spiritual in nature. The highly advanced technology itself may well be demonically inspired. There is much evidence that the  true agenda behind these appearances and their associated agenda is an unprecedented deception and the satanic one world government/religious tyranny.

A recent interview with Air Force veteran, Kristen Meghan, appears to be a classic case of whistle blowing. In the interview Kristen claims that chemtrails are real and that the US government is using airplanes to spray toxic chemicals into the air, water and soil. While one whistleblower is not sufficient to make the case for chemtrails, it seems reasonable that intelligent discourse should ensue in such matters. Unfortunately terms like ‘tinfoil hat’ and ‘gibbering lunacy’ are cropping up in coverage of this story. These disparaging terms were used in an article published on Jan. 5 covering the apparent chemtrail disclosure. As this seems to be a trend in the media when covering the topic of chemtrails, one might wonder if there is a reason to take a closer look at this topic.

Weather Modification Resource Act SB 517 was passed in Oct. 2005. As one might imagine this bill is all about weather modification. Those groups who have been labeled kooks because of their belief in chemtrails have been saying for years that weather modification is tied to the trails we all see in the sky. The bill mentioned here is not the only law that can be pointed to with regard to weather modificationand it seems that lab reports are also cropping up aimed at proving the hazards of chemtrails. Aluminum, barium and strontium seem to be the common denominators in many of the reports but one would need to search and read through these reports as a few lines here will not do this topic any justice – either way. There is also an endless parade of video evidence on YouTube that seeks to demonstrate that the trails we all see in the sky are not normal.

The video embedded in this article is case and point that something strange is going on in our skies and it is not just the reported chemtrails. UFOs called orbs are being filmed quite often in and around the trails left behind planes in the sky. On the one hand people are reporting trails left by airplanes that last many hours and spread out to blot out the sky. On the other hand there is ample video evidence showing orbs in and around the trails. It is hard to imagine someone watching the video in this article and considering what they have seen as normal every day event. It is a well vetted video from a trustworthy source.

In closing, there is one very easy way for the average person to begin looking at the ever rising claim of chemtrails. Simply open up a search engine and do an image search for the word ‘chemtrails’ and then ask yourself – Is this normal?