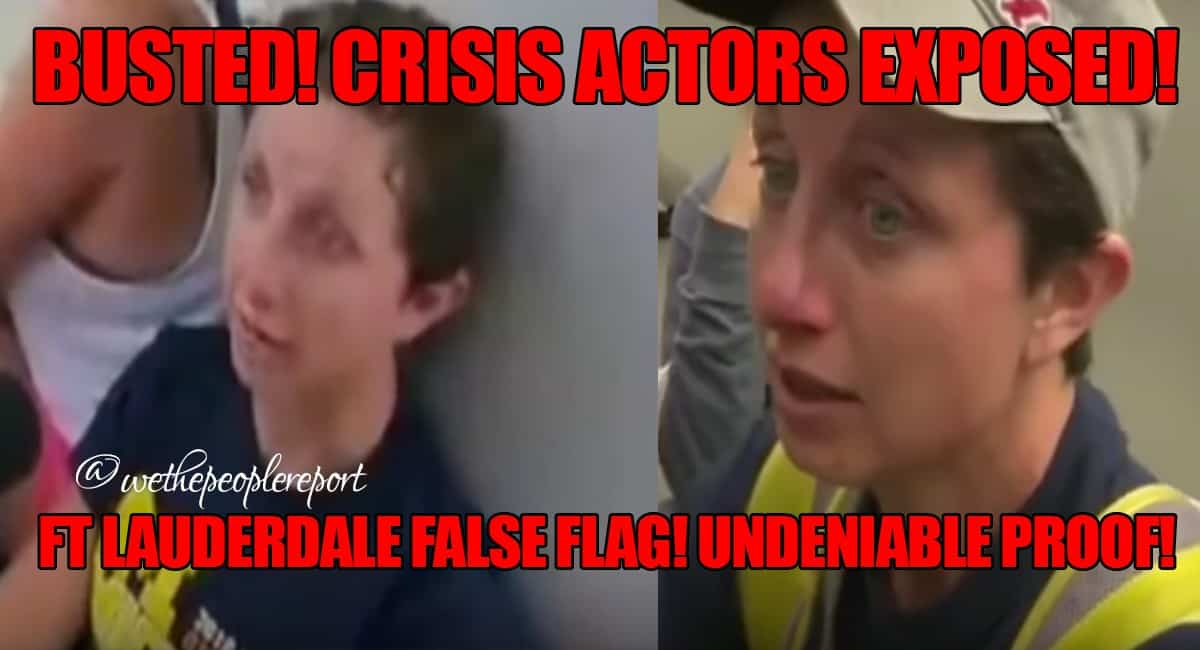 We The People Report

Here are two videos proving that the most recent shooting at Ft. Lauderdale Airport is a false flag! Below we have one instance of a crisis actor who is used twice by CNN wearing two different outfits being interviewed twice on camera. The women shes sitting with appears to be hiding her face and turning away from the camera.

In the second video I would like to highlight, you can see what appears to be a man who appears to have severe injury sustained to his arm but no paramedics or law enforcement is rushing to his aid. At one point in the video it almost appears as if the woman who is holding his arm is rubbing more blood into his forearm to make the injury look more severe.

Again, here is another video showing instance where actors are used in multiple b roll shots. You can find dozens of these videos showing the obvious fakery taking place here.

Some are asking what the motivation would be for this hoax or false flag. It’s worthy to point out that Florida legislators were trying to push a new gun control bill to ban the sale or transfer of assault rifles. This seems like a plausible motive doesn’t it?

What are your thoughts about the videos above. Is this enough evidence in your opinion to prove that this was a false flag or a drill? Why or why not?

Do you have another video that you think should be added to this report? Leave it in the comments below!