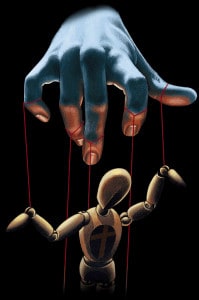 “Climate Change” Alarm continues to be filtered down to our churches from several sources, such as the World Council of Churches and the EEN (Evangelical Environmental Network), Southern Baptist Creation Care and others, and has been proven [- see below] to be funded through grants by the Rockefeller Brothers Fund (RBF).  The UN and RBF’s “Man-Made Climate Change” doctrine and  “Sustainable Development Program“, (more popularly known as”Agenda 21“) are being advanced on all conceivable fronts.  Their strategy can be seen in the document: “Guidelines for Engaging Faith Based Organisations as Agents of Change“, and the website “Interfaith Partnership for the Environment“. None of this is new information, but most church goers remain unaware of the fact that they are being fed propagandized sentiments through their religious organizations, and that their pastors, if they are aware of these global agendas, are muzzled by the 501C3.

“UNFPA (United Nations Population Fund) believes that partnership with Faith‐Based Organisations (FBO’s) is vital for the implementation of the Programme of Action of the International Conference on Population and Development (ICPD), the Millennium Development Goals (MDGs) and the Outcome Document of the 2005 World Summit (New York, 2005).”   – GUIDELINES FOR ENGAGING FBOs AS AGENTS OF CHANGE – UNFPA 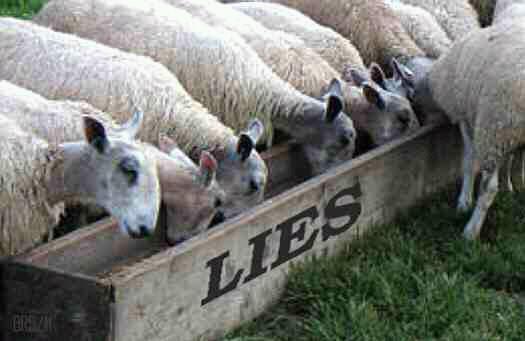 The result of this is that Christians are being met with silence from their churches on the topics of Geoengineering, Chemtrails, and other technologies advancing the elite’s global agenda. A vast majority of our churches are serving as houses of propaganda for the elite, although, in fairness, it should be said that many pastors participate unwittingly.

This all brings to mind stories my mother has shared about being a young girl in Germany during WWII. Her father was a Lutheran pastor, and mom talked about the propaganda people believed without question and how her father refused to be a part of it.  She said that the clergy had been paid by Hitler to go along with the Nazi agenda.  I also clearly remember how, in the 60’s, teachers, and other grown ups would voice their disgust over the German people and how they had “refused to see the evil that was happening all around them”.  Many of the German people had put their heads in the sand… (Does this sound familiar?) 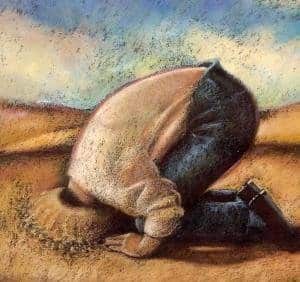 “During the reign of Adolf Hitler, three prominent Protestant theologians were dramatically successful in convincing German Protestants to cooperate with Hitler and his genocide of 18 million ‘Devalued People’. The Illuminati here in America is using this same tactic, and will most assuredly get the same cooperative response, from the 501c3 corporate churches (who were given their very right to exist via the government/IRS)” 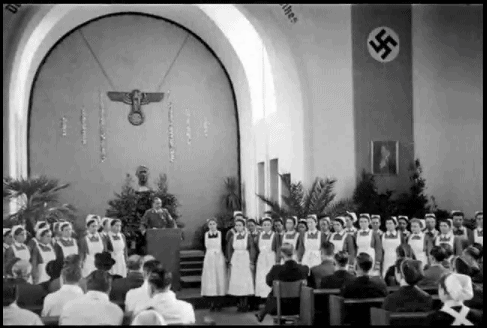 The elite make no secret of their agenda to implicate man in a simulated climate crisis.

“The common enemy of humanity is man. In searching for a new enemy to unite us, we came up with the idea that pollution, the threat of global warming, water shortages, famine and the like would fit the bill. All these dangers are caused by human intervention, and it is only through changed attitudes and behaviour that they can be overcome. The real enemy then, is humanity itself.“  – Club of Rome (Premier environmental think-tank, Consultants to the United Nations) 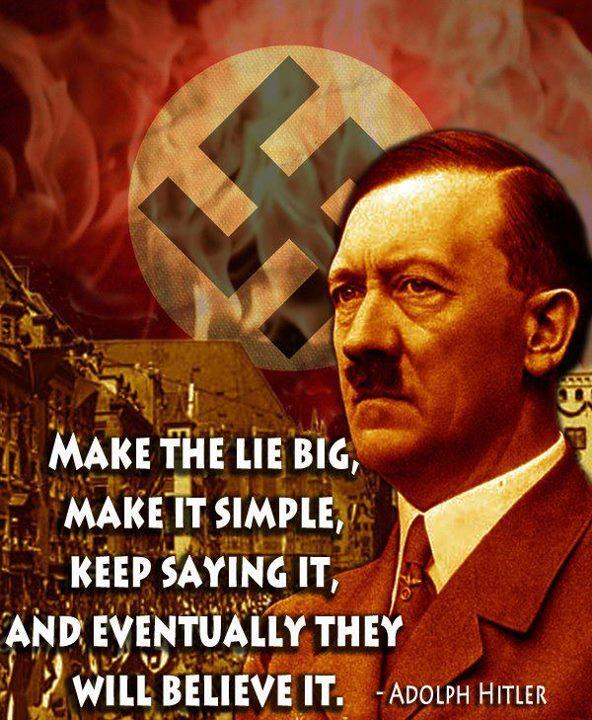 In December of this year (2015), a major Climate Change Conference is set to be held in Paris, France. If climate change legislation is passed, it will lead to global governance, transfer potentially trillions of dollars into the hands of a few elite at the expense of all of us and give the unelected (IPCC) the power to drastically control our lives and environment. If this legislation/treaty is passed and goes into effect, it will almost definitely lead to public propaganda campaigns influencing people’s support to legalize Geoengineering. This legalization will prevent any lawsuits citizens might otherwise be able to undertake for damages by these programs and create open financing for Geoengineering, making it exponentially more difficult to stop. Denied, yet ongoing Geoengineering (which has been proven to cause drastic weather/climate change) has not been included in any climate models being considered at these Hearings, (absurdly) making it impossible to determine if there is, in fact, any natural warming or cooling taking place. The elite are moving forward with their global governance/global control agenda unhindered, as the public (including the church) remains unaware. The power elite control the information that the public is offered through all forms of media as well as religious organizations. They know very well that if pastors aren’t talking about something, most believers will conclude that it must not be important.

Following are some examples of disinformation articles demanding that people take responsibility for our current extreme weather patterns as though they were a result of Man Made Climate Change, while the true culprit, Geoengineering, brazenly continues to shred our environment for profit and global control.

President Obama and his Administration have already made great strides towards implementing his Climate Action Plan, and his proposed FY2016 budget hopes to continue this forward momentum.

Here are a few things that stood out to us: read more…

The year 2014 was the hottest on record, according to our nation’s experts at the National Oceanic and Atmospheric Administration (NOAA). And what will 2015 be known for? It could just well be the year we left denial and despair behind and found hope.

While the debate over the need for climate action has been over for decades in scientific circles, in the public arena deniers on one extreme and doomsayers on the other have hogged the stage. One denies the problem, like the don’t-worry false prophets of old, while the other intones we’re too late; judgment is at hand; 2014 says so.

Using sleight-of-hand statistical mumbo-jumbo, deniers have tried to pull one over on the American people about the recent pace of global warming. Don’t be fooled. Global temperatures have continued their century’s long march upward, with 2014 being the latest exclamation point and 2015 projected to do the same. And with the heat comes extreme weather like the California drought, flooding and mudslides in Washington that killed 43, and the fact that Anchorage, Alaska was above freezing all of 2014.

So does that mean the doomsayers are right? The end is nigh, we’re already toast, as 2014 portends? read more…

Evidence of the Rockefellers buying off the Churches –

In their 2010 review of grants extended from 2005 to 2010, the Rockefeller Brothers Fund admits to buying off (quite literally) so-called “non-green voices”- meaning people outside the environmental community- to sell man-made climate change doctrine to their respective communities.

This is an actual admission by the Rockefeller Brothers Fund of sustained funding for specific segments to promote the “green” cause. In the document we read that both religious leaders and state/local politicians have been subsidized into selling the myth of man made global warming The report goes on to say that:

“Foundations, including the RBF, have played a significant role in building the capacity of these groups to organize their base members, communicate publicly about their interest in climate solutions, and advocate for policies that will address climate change domestically and internationally. In addition to its direct financial support of these individual groups, the Fund has also provided technical assistance for strategic development, communications planning, and advocacy training.”