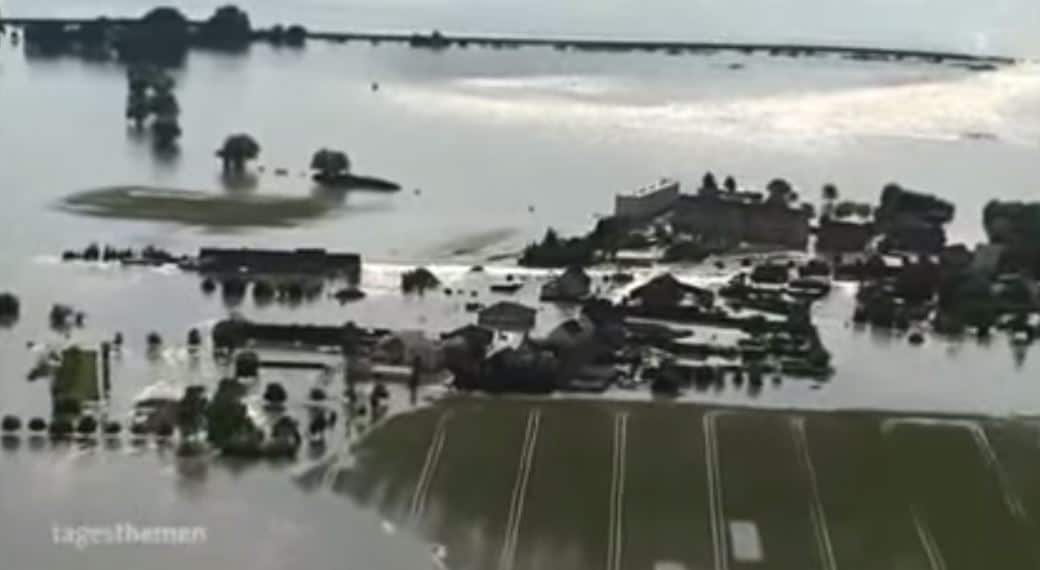 There’s nothing natural about the recent climate disasters in Chile, Peru, Ecuador and Colombia. 7 years’ worth of rain just fell in Chile in 12 hours, while several feet of hail was dumped on areas of northern Ecuador and southern Colombia, both on or very near the equator.

Tell me that’s by natural causes.

We know the hydrological cycle has been completely disrupted via massive aerosol spraying and its manipulation by a worldwide array of HAARP type technologies. As Dane Wigington pointed out:

More alarming articles and studies are surfacing each day which confirm the rapidly changing state of Earth’s life support systems and climate. Humanity has decimated the planet in countless ways and the repurcussions are becoming catastrophic…

Atmospheric aerosol saturation greatly effects wind patterns and diminishes precipitation overall causing droughts of unprecedented scope and scale. The disruption in the hydrological cycle can also cause record rainfall as rain which was kept from falling in one location migrates elsewhere to come down in a deluge.  (more>)

First the news from Chile and Peru:

Next, the freak hail storms in Ecuador and Colombia: 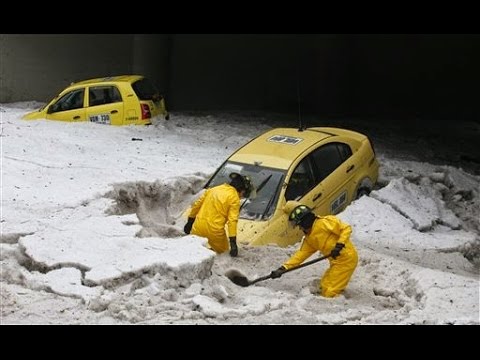 Meanwhile, Brazil is experiencing its worst drought in over 80 years:

Supplying Water in Brazil’s Worst Drought in Nearly a Century

Brazil is struggling to supply enough water to its 200 million people, amid the worst drought in 84 years.

São Paulo’s 20 million citizens face having their tap water cut off five days a week, in a bid to conserve dwindling resources. Some 17% of Brazilian towns have declared a state of emergency.

In the centre and southeast of the country, electricity supplies are threatened as water levels drop to 18% in the reservoirs for hydropower generation.

“We have never seen such sensitive and worrying situation as this,” admitted the minister of environment, Izabella Teixeira. (more>)

These changes are not due to “global warming”. Certainly the climate goes through changes and the solar cycles and other natural influences directly affect the earth, with minimal effects from mankind’s doing. Except one. The ongoing insane geoengineering programs in their effort to control the weather are a known and thoroughly tracked program and more responsible for these types of freak rain and snow events and record drought conditions than anything else.

Chemtrailing is being seen all over the earth. This has consequences. Massive spraying over the Pacific is being used, amongst other things, to divert precipitable clouds and moisture up and around California and is causing catastrophic drought conditions in California, while the unnaturally driven rainfall drops in areas that barely need it, often bringing huge temperature fluctuations, drought, flood conditions and massive, unnatural hail and snowfalls.

While the US is doing its most intense “experimentation” on itself, their target is the entire world, and clearly Latin America is no exception. These are only recent drastic events there but no doubt there’s a lot more to the story. Weather control is massive power, and in the hands of psychopaths it does not bode well for humanity if it persists.

Track these events for yourself. Go to sites like […] dutchsinse.com to get the inside scoop of what they’re up to.

And inform others. These programs need to be exposed. Time is of the essence.