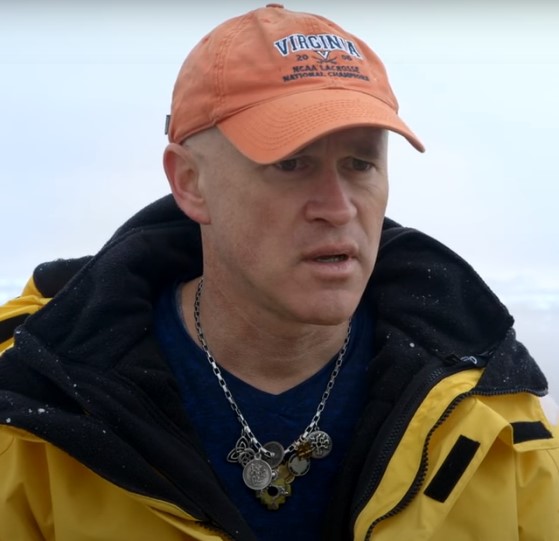 Magnetic nanoparticles are very real, but, as I covered in my DNA series, scientists are not able to modify DNA (mRNA) the way they claim to be able to. Enter Plandemic film star Dr. David Martin, economist, who takes it a step further to declare that DNA doesn’t even exist! Here’s an 8 minute clip of a talk he recently gave “You Don’t Have DNA.”

[my apologies – I previously had the wrong video posted!]

DNA is not a product of nature. It is a model of human manipulation.

DNA is not a product of nature, it is a characteristic, it’s a model of human manipulation. That first image, 1952, Raymond Gosling and Rosalind Franklin, the first people who actually characterized the double helix called deoxyribonucleic acid, they were the first ones to discover that there was an interesting orientation of the molecule deoxyribonucleic acid.

And it was then a year later that Watson and Crick were celebrated for actually coming up with the “invention” of DNA.

But, it turns out they didn’t invent anything, they actually built a model. But the model was analogous to untying the tapestry of life in the form of chromosomes, and putting the untied strings on the floor and saying “describe humanity.”

Why do you think the Nobel Prize was awarded to people who didn’t even discover the thing?

Watson and Crick had nothing to do with discovering anything. They happened to be eugenicists, who had supported a cover story that would tell science: “don’t look anywhere else, only look to the double helix.”

I am going to go out on a limb here for you. Chromosomes, being paramagnetic, wound heli-coils of conductive material, are quite possibly antenna. They’re quite possibly not chemistry at all.

And it turns out I’ve proven that in the lab.

If you wonder why the magnetic experiment that you’re going to hear about from Dr. Carrie is so damn interesting, it’s NOT because of DNA, it’s NOT because of RNA, it’s because they are putting an antenna into your body to screw up the transmissions of all the wisdom of the cosmos so that you are detached from being human.

And if you knew what it really was, it is a wound heliocol antenna, it was an antenna that was made so that we stayed in touch with our creation and creator. That’s what it was.

And in 1953 we defiled it. And we have spent billions of dollars describing life through untied strings of a tapestry, and then mysteriously come to the conclusion that 95% of DNA is just junk DNA.

It turns out that the reason why we don’t understand life is because we untied the majesty of the tapestry of life, and then tried to describe life through the pile of strings we put on the floor.

There is no such thing as a DNA – RNA relationship. That’s a model.

And by the way I am not criticizing the people who use models to describe things. That’s not the point.

I’m not talking about science.

Have at it until the cows come home. Talk about DNA, talk about RNA, talk about transfection and translation and polymerous chains and all kinds of other things – do all of your magic you want and don’t ever tell me that you’ve described a single phenomenon of life.

Because you have untied the very fabric of the nature of reality and then you’re trying to play God with it.

We, the people, have been had.

We are not a selective breeding experiment for a petri dish.

And I am sick and tired of having this conversation be about whether there’s a virus or not a virus, an RNA or not an RNA…

People, if we can’t define life, we will never understand health. Did you hear what I just said? If we do not understand life, we can never define health.

Because, we have decided that we are now this bizarre strand of untied string on the floor, and we’re trying to make sense out of it.

This isn’t an accident. This was a design. And it was a design to set in motion the maturity of one the most horrific experiences that is about to befall us.

And it by the way has almost nothing to do with COVID or SARS or anything else.

So, if Martin is right, DNA is a complete hoax! WOW!

But hold on… something isn’t sitting right… So, Martin is saying that God communicates with us through “Antenna” he placed into our body. But I am not a body, I am a spirit housed in a body! My creator doesn’t need a physical antenna or physical anything to interact with me!

“God is spirit, and those who worship him must worship in spirit and truth.” (Jn 4:24)

Watching the interview in full, I found that’s only one thing Martin says that doesn’t sit right. For instance, he claims that the people behind COVID, the vax, the economic reset, the NWO are the Life Insurance Companies, not the central banks, not the Rothschilds, not the Luciferians.

So, if we are to follow Dr. Martin’s lead, we need to toss out all the research we’ve done to find the culprits behind the poisonings, mind control and indoctrination of the masses and conclude that it’s just insurance companies. SILLY US for thinking there is an actual evil-being inspiring these psychopaths!

All of which made me ask: Just who is the illustrious Dr. David Martin?

When you go to his website you find that he has a lengthy and more than impressive list of accomplishments. Dr. Martin is, for lack of a better word, very well “connected.”

And then there’s the video of him visiting Antarctica.

He acts like he’s a Christian in the above lecture but makes no mention of that in the Antarctica video – instead he talks about Consciousness. His charm necklace caught my eye. I wasn’t able to zoom in enough to see what all the charms were, but right off the top there’s the Triquetra. 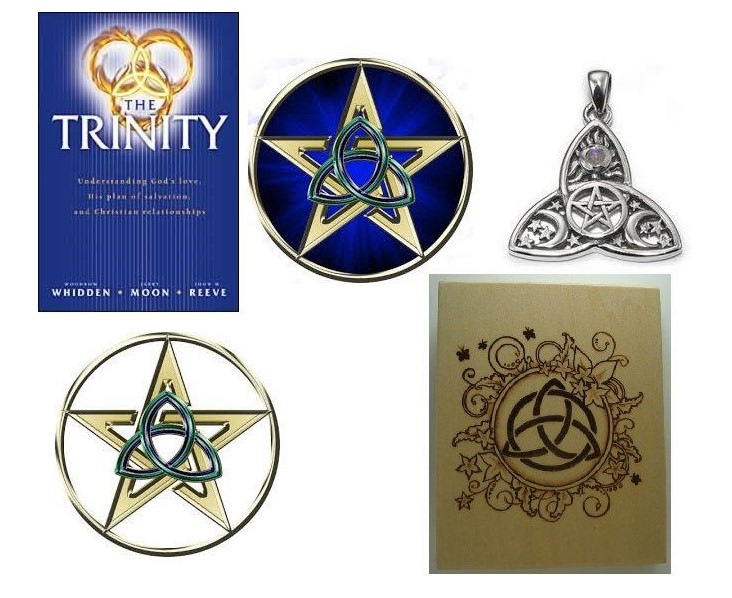 “TRIQUETRA: The triquetra — with or without the circle — has been found on runestones in Scandinavia, in ancient goddess-oriented pagan groups, in Celtic manuscripts, and on early Germanic coins. It is associated with numerous mythical gods and goddesses and has been used as a protective charm by Wiccans when casting spells and practicing necromancy. Removing the circle leaves 3 interlinked sixes. Though recently used among ecumenical churches as a sign of the trinity, it is undeniable from the occult as it has been used by various pagan religions throughout history. The few pictures below are from the occult book of shadows and a trinity book for sale at the Adventist Book Center and many occult pendents…

When mystics and occultists design a logo, the blending of geometric shapes, elemental symbols and astrological, Wiccan, and Masonic occult signs are used. Each part  is representing the various “elements” and forces needed for magical work in the quest for physical transformation and spiritual illumination and immortality. Many medieval alchemists based their philosophies on mystical traditions rooted in the Kabbala (Jewish mysticism), Hermetic magic and the occult practices of ancient civilizations such as Egypt and China. Now using what we have learned, consider this logo or symbol.” Source

I know I’ll have people saying it’s just a necklace and I’m making a big deal out of nothing, but I learned a long time ago that these things are placed quite deliberately. The bottom line is that Dr. David Martin is a shill who is very likely accurate in his claims about DNA (IMO). But that’s the way this web of demonic deception works, isn’t it? It’s a steady mixture of truth and lies until no one knows what’s what.

But it wasn’t my intent to focus quite so much on Martin today. I’d wanted to use his video to talk about a trend I’m seeing. So, let me try to break it down:

They’re packaging nanotechnology, which is real, as “DNA-altering mRNA” at the same time as they have guys like David Martin out there saying there’s no such thing as DNA and that our chromosomes are antenna.

After years of removing the supernatural, insisting that we are nothing more than a naturally occurring glob of cells and chemistry, they’re shifting our perception to convince us that frequencies are the source of life and health. And while there is evidence of God creating things in this realm to work that way, bringing this “truth” to light is their idea of awakening to our true spiritual nature which they define in New Age/Kabbalist/Quantum terms. In short, we are being brought through an alchemical process.

Confused? I feel your pain. But we know that our God is not a God of confusion.

Confusion comes from our enemy, who has deceived the entire world.

“9 And the great dragon was cast out, that old serpent, called the Devil, and Satan, which deceiveth the whole world: he was cast out into the earth, and his angels were cast out with him.” (Rev 12:9)

Yes, many of the boastful claims to alter DNA are false and it’s possible that DNA itself may be a hoax. Yes, we are by nature spiritual beings housed in a body. But the part of the equation that the current mainstream chemical “truth” vs. “frequencies/’spiritual’ truth” war is (not surprisingly) leaving out is that our creator-God and the third heaven transcends this created realm!

“in which you once walked, following the course of this world, following the prince of the power of the air, the spirit that is now at work in the sons of disobedience—” (Eph 2:2)

This world is not our home.

Be in the Word.