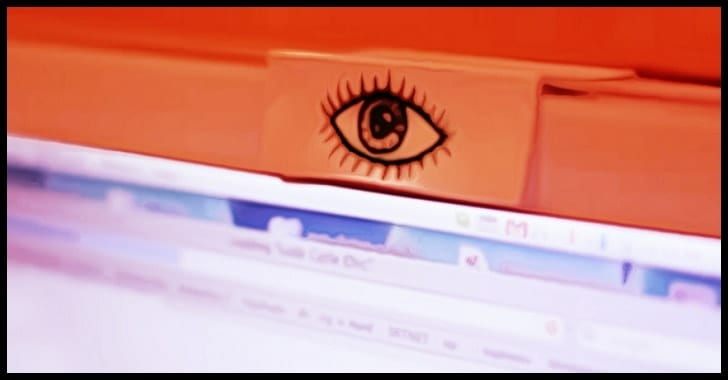 FBI Director James Comey spoke at the Center for Strategic and International Studies in Washington earlier this week to discuss the importance of cybersecurity. During the discussion, Assistant Attorney General John Carlin asked Comey if he still had his webcam covered with tape, a question referencing previous statements by the director. Comey replied, “Heck yeah, oh, heck yeah.” He continued to encourage the public to do the same thing:

I get mocked for a lot of things, and I am much mocked for that, but I hope people lock their cars. Lock your doors at night. I have an alarm system — if you have an alarm system, you should use it. I use mine. It’s not crazy that the FBI director cares about personal security as well, and so I think people ought to take responsibility for their own safety and security. There are some sensible things you ought to be doing, and that’s one of them. If you go into any government office, we all have our little camera things that sit on top of the screen, they all have a little lid that closes down on them. You do that so people who don’t have authority don’t look at you. I think that’s a good thing.

This isn’t the first time the FBI Director has mentioned his homemade security measures. During a Q&A after a speech on encryption and privacy at Kenyon College earlier this year, during which he claimed “absolute privacy hampers law enforcement,” he also admitted to wanting his own privacy.

In the same breath, he also told the audience:

While that may seem open and honest, the message being sent by the U.S. government completely contradicts such a sentiment.

Whistleblower Edward Snowden provided some insight when he revealed the expansive and unaccountable systems of modern global surveillance used by the NSA and its international intelligence partners to spy on American citizens and others. He is now hiding in Russia to avoid extradition to the U.S. after being charged under the 1917 Espionage Act.

So, according to FBI Director Comey, it’s okay to ask if the government is spying on you — but the answer is classified.

This article (FBI Direct Says He Covers His Webcam — and That You Should Too) is free and open source. You have permission to republish this article under a Creative Commons license with attribution to Josie Wales and theAntiMedia.org. Anti-Media Radio airs weeknights at 11 pm Eastern/8 pm Pacific. If you spot a typo, please email the error and name of the article to edits@theantimedia.org.