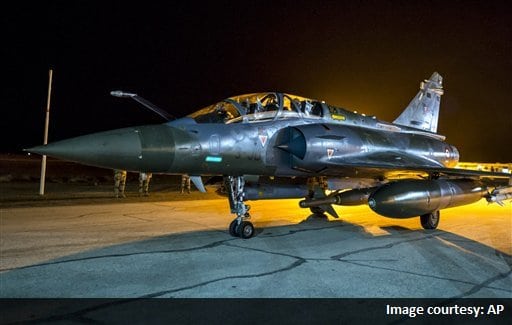 www.GMACAG.com (*Note in a article we published on #CAGE on 11/14, we shared with you the top 11 signs of a false flag event.Look at #10 on our list “10.Government Begins to “Take Action” Against the Scapegoat or Moves Along the Lines of the Media Narrative.)

Prior to the attack on Paris, France had been sparing in its strikes against targets in Syria. 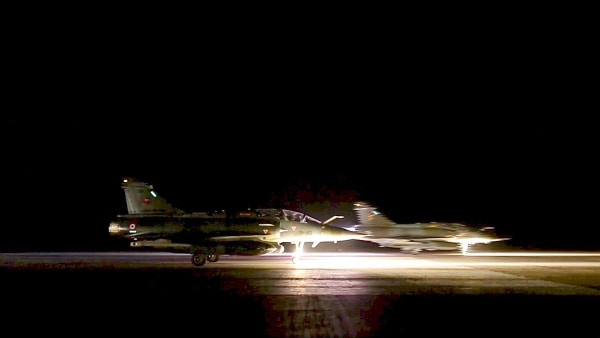 News reports in France said the airstrikes were focused on Raqqa, the city in northern Syria that is the self-proclaimed capital of the Islamic State.

The attackers in Friday’s terrorist assault in Paris communicated at some point beforehand with known members of the Islamic State in Syria, officials on both sides of the Atlantic say, adding evidence to the assertions that the radical group coordinated or helped carry out the attacks rather than simply inspired them.

President Francois Hollande of France has characterized the attacks as “an act of war” carried out by the Islamic State, also known as ISIS or ISIL. He provided no specific information, but the Islamic State released statements on Saturday claiming responsibility for the attacks, part of increasing indications that the group is becoming more capable of extending its reach far beyond its base in Syria and Iraq.

“It is an act of war that was prepared, organized and planned from abroad, with complicity from the inside, which the investigation will help establish,” Hollande said on Saturday. While the information made available so far about the links between the Islamic State and the Paris attackers was not definitive, it suggested at a minimum that the assailants had not acted totally on their own.

Describing the case for the group’s role, American and French officials said the attackers had operated with high levels of sophistication, beyond what would be expected of a plot in which the assailants were merely inspired to act by a radical group rather than trained or equipped by it. The attackers are believed to have communicated using encryption technology, according to European officials who had been briefed on the investigation but were not authorized to speak publicly. It was not clear whether the encryption was part of widely used communications tools, like WhatsApp, which the authorities have a hard time monitoring, or something more elaborate. Intelligence officials have been pressing for more leeway to counter the growing use of encryption.

The disciplined way some of the attackers handled themselves during the assault and evidence of some military-style training — for example, having one attacker continue shooting while another reloaded his weapon — also suggested that the plot involved considerable planning and input from an organized group, a French official said. Following the attacks, intelligence and law enforcement agencies reviewed intercepted communications and concluded that the attackers had been in touch with members of the Islamic State in Syria, American and French officials said. The Paris attack has forced a broad reassessment in the West of the Islamic State’s strategy and capabilities. The group has also claimed responsibility for the crash of a Russian charter plane carrying vacationers home from a resort in Egypt, killing all 224 people aboard.

On Sunday, President Obama met with other world leaders in Turkey, where containing and fighting the Islamic State was a major topic of conversation.

Thanks To – Maria Den Breejenour, admin from #GMACAG Berlin, for this news update.

Resource.For more related information pertaining this war and how it relates to geoengineering check out this article.
http://www.coalitionagainstgeoengineering.org/2015/11/paris-terror-attacks-executed-to-lock-down-climate-summit-conference/


7. Suspects’ Connection to CIA, FBI, or Other Intelligence Agencies


9. Media Promotes A Narrative Against Scapegoat Groups and/or An Agenda To Take Liberties


10. *Government Begins to “Take Action” Against the Scapegoat or Moves Along the Lines of the Media Narrative

What Are You Doing To Help Save The World Today?