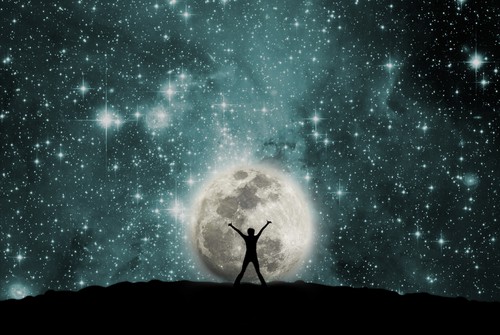 Anyone who has done even a minimal amount of study and research into the current geopolitical situation involving the U.S., Russia, Ukraine, EU, NATO, Great Britain, Syria, Iraq, China, Iran, Isis, and Israel understands that we face the likelihood of some kind of World War III scenario. Added to that is the global economic crisis which provided the backdrop for the geopolitical crisis. Russia, China, India and the BRICs nations assembling a competing currency to the Transatlantic Union, U.K. and U.S. dollar as the world’s currency.

In nations like Great Britain and the U.S. we are witnessing the rise of the Orwellian State, the loss of freedoms, and the loss of economic prosperity for the Middle Class in many Western-type nations across the world. The possibility of global thermonuclear war, biological plagues like the Ebola virus, food shortages, and terrorist attacks from groups like Isis provides on one level a pessimistic view of the future. Thus, in nations like the U.S., Great Britain, Japan, and other nations you see the death of optimism and skyrocketing rates of clinical depression, anxiety, panic attacks, PSTD, and suicides. Despite the plethora of new psychiatric drugs all these emotional and psychological problems are on the increase. Hopelessness, despair, and fear grip the minds of men and women across the world like a plague.

Whether you are an agnostic, an atheist, or believe in God, it is interesting to note that Jesus Christ commented on this condition that would accelerate in what the Bible calls the last days.

Men’s hearts failing them for fear, and for looking after those things which are coming on the earth: for the powers of heaven shall be shaken. -Luke 21:26

Those men and women who are not in denial about what is really happening often enter a psychological state of helplessness, fear, depression, anxiety, and hopelessness regarding what they see coming in the near future. The existentialist playwright Jean Paul Sartre titled one of his plays No Exit. On a purely human level, if we live in an existential universe where our very existence is based on evolutionary randomness, there is no real hope and there is no exit. There is a kind of hope in the science of Transhumanism, promoted by people like Ray Kurzweil. This is the belief that through science and technology Mankind will be able to cheat death and create an artificial Heaven on Earth. But this hope is based on what the late philosopher Dr. Francis Schaeffer called a philosophical upper-storey leap of logic. Essentially, Transhumanism is a religion and it requires pure faith apart from reason to believe that Mankind can create immortality and Paradise through science and technology.

In contrast to the beliefs of Transhumanism, there is a the Biblical worldview which teaches that Mankind originally lived in Paradise in the Garden of Eden and that our common genetic parents Adam and Eve were immortal beings until the Fall of Man, when the cosmic law of sin and death was activated through the rejection of the Word of God. Prior to that time, Adam and Eve had the supernatural ability to rule over Planet Earth and they had the DNA of God.

The account of Noah and the Flood is a DNA, digital, holographic event that deals with a specific Flood judgment against corrupt DNA. It is important to understand that the account of Noah is not a mythological story, but a story which directly deals with Transhumanism and DNA. The account of Jesus Christ in the New Testament is also a DNA, digital, holographic account that deals with the DNA of God on an even higher level than the DNA of God that created Adam and Eve. First, before Christ was born there was a precise genealogical account of the human side of the DNA of Christ going back thousands of years in the Old Testament. If we dismiss intellectual prejudice and look at the account of Christ’s birth in terms of multi-dimensional DNA, we see that a virgin birth account is recorded where the Spirit of God impregnates a virgin named Mary. Thus, the DNA of Jesus Christ is both human and the direct DNA of God.
Jesus Christ is referred to as the Second Adam; this is a reference to DNA. I deal with this is my book A Prophecy of the Future of America.

The convergence of dark forces coming upon the Earth could drive any thinking man or woman into despair. Human consciousness, intelligence, logic, and reason are useful tools, but can only operate within the framework of a three dimensional level of the senses, which is called Scientific Materialism.

Yet when we read the words of Jesus Christ about a time when the world is coming to an end, Christ says things like:

These things I have spoken unto you, that in me ye might have peace. In the world ye shall have tribulation: but be of good cheer; I have overcome the world. -John 16:33

Jesus Christ is communicating to us from an extra-dimensional level of consciousness. Jesus Christ is both God and Man and has the DNA of God in Him. Jesus Christ has the “mind of Christ.” The “mind of Christ” analyzes and processes information and sensory input on a far higher and multi-dimensional level of consciousness. It is only at this level of consciousness that it is possible to look at world events and to be able to rejoice and have peace. But the joy and peace that Christ is talking about is not human joy and peace. It is true that neurological chemistry in the brain release powerful chemicals like endorphins, serotonin, endogenous opiates, natural oxycontin, dopamine, etc. But when the brain of Man goes through a significant upgrade in software that is downloadable by belief in God’s Word, the mind of Christ is activated. The mind of Christ not only fills a human being composed of body, soul and spirit with the Spirit of God, but it also activates a continual download of multi-dimensional information which releases endorphins, serotonin, endogenous opiates, serotonin, natural oxycontin, dopamine, etc.

A very real transcendence occurs. This act of belief upgrades both the software and the hardware as the Spirit of God regenerates the spirit of Man, which is in every man or woman. The brain is both digital and holographic. The brain is run by far more than a genetically programmed biological computer. The brain is driven by a personal-energy field of living consciousness which we call a spirit. This is why there is a Bible verse which says:

For God hath not given us the spirit of fear; but of power, and of love, and of a sound mind. -2 Timothy 1:7

The brain is run by a spirit. This is essential in understanding both the hardware and software of the brain and consciousness. Originally, the human spirit that Adam and Eve had in the Garden of Eden was programmed by the DNA of God. One of the first emotions that Adam felt after the Fall was fear. A spirit of fear entered Adam and Eve because the lifeforce or the Spirit of God had left. It is possible to access the most radical transformation of the brain, mind, and personality, which will enable individuals not only to operate their minds and lives in power and love, but enable them to perceive reality from the perspective of a kind of rulership (rather than victimhood) at the core of the human personality.

Please understand, this is not to be confused with the religious idiocy and the low-level of human consciousness displayed by millions of people who claim to be Christians, nor many of the celebrity Christian leadership. That is a counterfeit of what we are talking about. When you access through belief the real Spirit of God, it radically transforms you and initiates a continual download of software and hardware.

Your consciousness is expanded, not just in the mystical sense, but in a multi-dimensional sense. You live here in this physical world and you have to deal with difficult and very real physical challenges. But now you are able to access power, joy, peace, love, wisdom, and highly advanced strategic thinking that enables you to deal with life from an entirely new perspective. From the standpoint of neurological science, you have opened up billions of new neurological pathways; neuroplasticity has been reactivated; neurons have been cleared of locked programs; biophotons begin to glow; your bioenergetic field begins to be reconfigured to the original DNA program; and the EMF waves in your brain are changed to the frequencies of the original God-program. This brings new meaning to the term higher level critical thinking; the higher-level is multi-dimensional. Be sure to read my book “Prophecy of the Future of America“