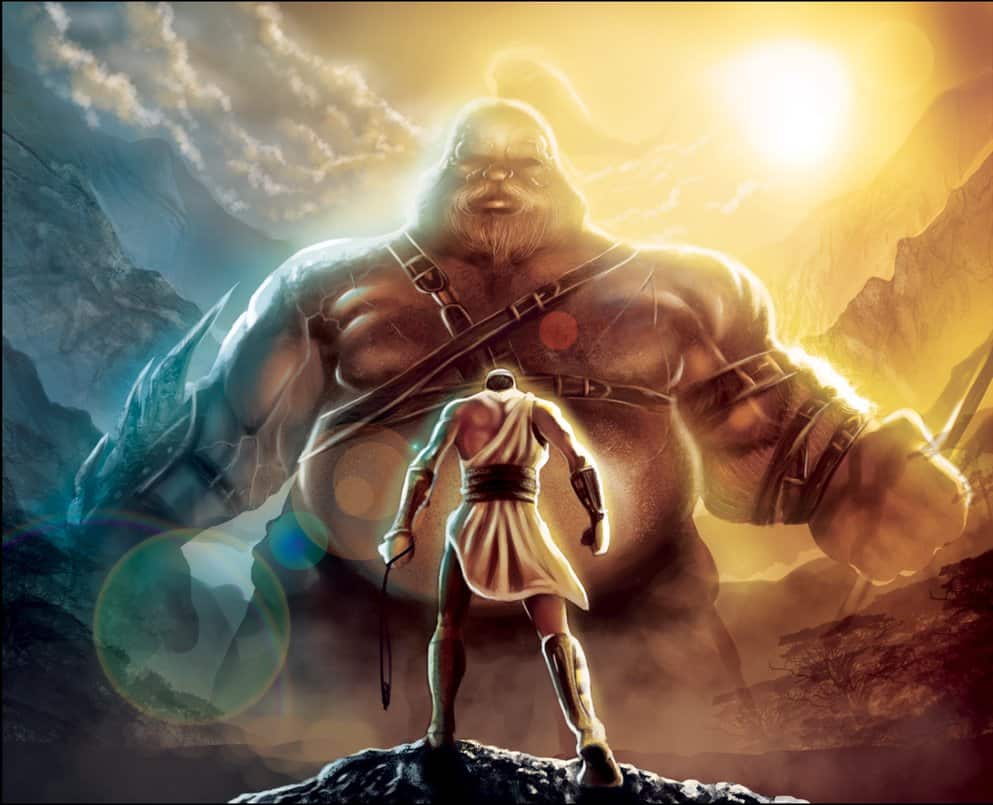 Don’t fear those who kill the body, but can’t kill the soul.(A) Rationally, we are taught that those with power win, and we can play games that reinforce that thinking. But God has chosen the weak things of the world to defeat the mighty.(B) Hmmm…weak small things? The Word of God has a verse that literally means, “Do not despise the day of small things.”(C) The language here is more of a command than question, but it is translated in NKJ as “For who has despised the day of small things?”(C)

SMALL THINGS? David was a small thing, and Goliath big. David’s stones were small things; Goliath’s sword & shield were big things. Yahshua constantly emphasized the power of the small…for instance he talked about having faith like a tiny mustard seed, and how significant was the widow’s small offering of a mite. (D) Yes the World despises small things. But Yahshua told us to have fidelity in taking care of the small things, “He that is faithful in that which is least is faithful also in much; and he that is unjust in the least is unjust also in much.”(E) And when an employee (servant) paid attention to the small things he is praised.(F) Yahshua says our heavenly Father busies himself with caring for small things, for instance the death of a sparrow (G), and the hairs on your head.(H) Yahshua’s (Christ’s) teachings are in total contrast to the Illuminati hierarchy who have repeatedly told me in our interactions that God was too busy for mankind, & God didn’t care about small details, etc. If one wants to believe in power, believing that God will use the small things like David to confound the giant things is not a line of thinking one wants to accept. It is easier to believe that small things & small people are insignificant. The history of God’s dealings with man shows otherwise…for instance, a small cloud the size of a man’s hand plays a role in Elijah dealing with King Ahab.(I)

God has repeatedly told us that He would deal with evil…His wrath is a refiner’s fire that burns all directions. After talking about being a refiner’s fire, He talks about how He will burn pharma sorcery (like Monsanto), perjurers (like our news media), and those who exploit wage earners, (like Big greedy ruthless Corporations). (J) And God’s people will also be in the refiner’s fire.(K) God is no respecter of persons! America can’t claim to justify killing her enemies on the basis of God’s word like Bush pretended to do. The battle is the Lord’s, vengeance is His, and His refining fire of wrathful justice burns all wickedness—American included! A true fire of God burns out impurities. Man’s fires, like Bush’s are dirty fires, dirty enough to make a person want to gag from the smoke & mirrors. They clean nothing. God’s wrath is a fire that burns clean. Hatred, revenge, anger are not appropriate fuel for a godly fire. Faith, righteousness, and godly indignation would be, for we are to overcome evil with good.

THE PUNCH LINES. Bless those who persecute you; bless and do not curse. Repay no one evil for evil. Have regard for good things in the sight of all men. If it is possible, as much as depends on you, live peaceably with all men. Beloved, do not avenge yourselves, but rather give place to wrath; for it is written, “Vengeance is Mine, I will repay,”(L) says the Lord. (This punch line section was from the Word in ROM 12:14, 17-19). This was a small reminder given to me & passed on to you my friend. Be Blessed.