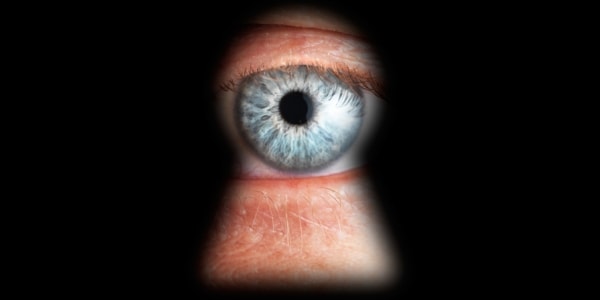 Much has been made of the National Security Agency’s spy-on-Americans program, with one judge in Washington concluding the interception of private information probably is unconstitutional.

But it appears that the NSA may be only a bit player in the spy games these days, what with toys, software, televisions and more capable of recording conversations in Americans’ homes and transmitting it via the Web, according to a privacy organization.

It’s why the Electronic Privacy Information Center is seeking an investigation of the practice.

EPIC has asked the Federal Trade Commission and the Department of Justice to host a workshop regarding “always-on” consumer devices.

The devices routinely record and store private communications from inside Americans’ homes, sometimes even forwarding the data to outside agencies.

They ask the FTC to undertake a sector-wide investigation and urge the Department of Justice to determine “whether these devices violate federal wiretap laws that prohibit the unlawful interception of private communications.”

“Police State USA: How Orwell’s Nightmare is Becoming our Reality,” is the basic handbook on how American arrived at the point of being a de facto police state that essentially ignores the Constitution.

According to Rick Falkvinge, the founder of Sweden’s Pirate party, ‘Without consent, Google’s code had downloaded a black box of code that – according to itself – had turned on the microphone and was actively listening to your room.’”

EPIC said Google “conceded that the browser contained this code.”

As a result, the browser “constantly ‘listens’ to the user using the computer’s built-in microphone, and when the user speaks the words ‘OK Google,’ Chromium activates a voice-to-text search function. This means that Chromium users are subject to constant voice recording in their private homes, without their permission or even their knowledge.”

Earlier, the group had cited Mattel’s “Hello Barbie,” a WiFi-connected doll with a built-in microphone.

“Hello Barbie records and transmits children’s conversations to Mattel, where they are analyzed to determine ‘all the child’s likes and dislikes.’ … Kids using ‘Hello Barbie’ won’t only be talking to a doll, they’ll be talking directly to a toy conglomerate whose only interest in them is financial,” EPIC reported.

Samsung’s Internet-connected SmartTV also has a built-in mic that always is on and “routinely intercepts and records the private communications of consumers in their homes.”

“When the voice recognition feature is enabled, everything a user says in front of the Samsung SmartTV is recorded and transmitted over the Internet to a third party regardless whether it is related to the provision of the service.”

A complaint already is pending on that problem, EPIC told Lynch.

The letter explains that to accomplish this, the Xbox console “monitors conversations taking place around it, even when Xbox is turned off.”

Amazon is in the game, too.

“Next Labs, a company owned by Google, is the manufacturer of Internet-connected thermostats, smoke detectors and security cameras targeted to home owners. The ‘Nest Cam’ is equipped with a microphone, and streams video and sound to a consumer’s smart phone in real time. Nest also records and stores 30 days of the footage that it collects from inside the homes of consumers,” the group said.

“By introducing ‘always on’ voice recording into ordinary consumer products such as computers, televisions and toys, companies are listening to consumers in the most private spaces. … It is also genuinely creepy.”

Among the questions that need to be answered, EPIC said, is how such technology works and what is captured. Also, where is the data stored, who has access to it and what laws apply.
Read more at http://www.wnd.com/2015/07/genuinely-creepy-your-kids-toys-may-be-listening/#hD2emwEIITMf3kQ6.99