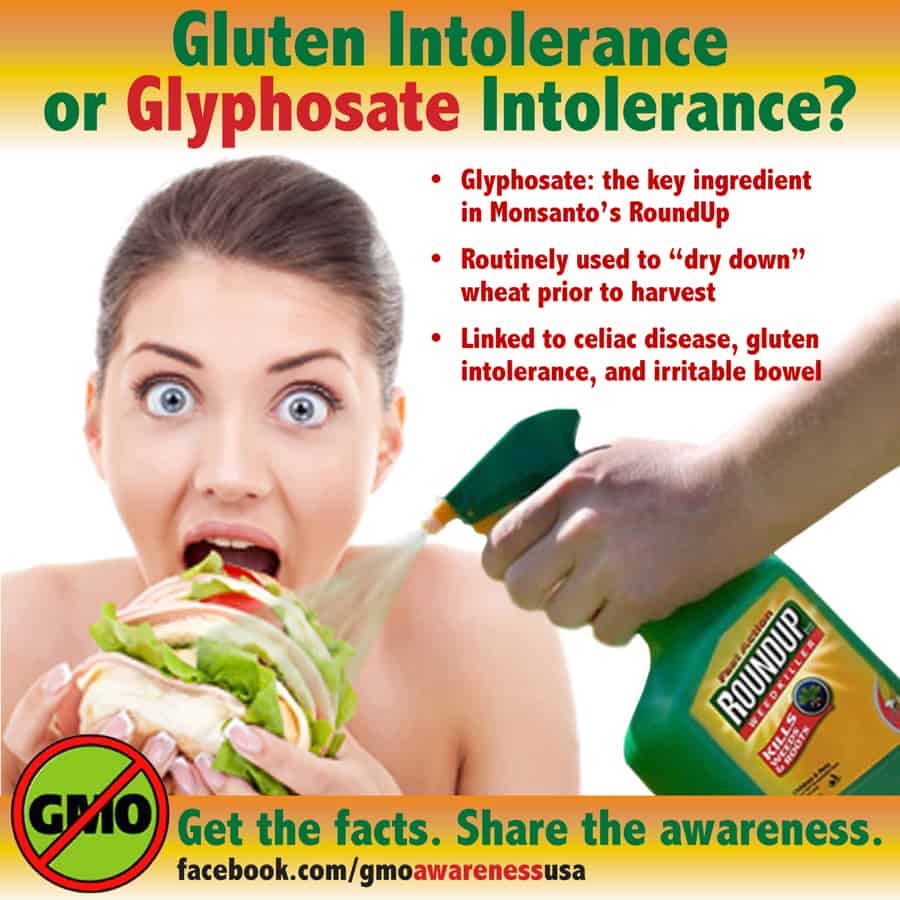 The world’s most used herbicide – glyphosate – was found in all of the 14 most popular German beers tested in 2016. Sustainable Pulse Director Henry Rowlands stated:

“Stone-Age industry-funded science suggested that the higher the dose of a chemical the more dangerous it was; however modern independent science has discovered that many toxic chemicals have as much or more of an influence on our health at low doses- these chemicals are known as hormone hackers (endocrine disruptors).

(Disclaimer: This is beyond my expertise but someone I respect sent it to me. I am not endorsing or profiting from the product mentioned. As you read, remember what I have been saying. A satanic cult, such as our society has become, controls and exploits its members by making them sick.)

Mysterious Infections and Disease: What is Behind Them?

by John Thomas
(excerpt by henrymakow.com)

Glyphosate poisoning EXPLAINS why autoimmune disorders climbed from three recognized medical conditions to over 300 in 20 years [and, I predict the number will climb to 1000 by year 2030]. Fungal infestation is a second culprit. Know that ALL THINGS AUTOIMMUNE are rooted in dysfunctional immunity, elevated body acidity, glyphosate poisoning and hyphal invasion of the gut wall.

Common autoimmune disorders are: psoriasis, acne, celiac, Crohn’s, vision, hearing, cardiovascular and kidney issues, asthma, diabetes types I, II and III and hundreds more. [Translation: if you have health challenges, know your gut is perturbed and your microbiome and immune system are compromised.]

Probiotics are the buzz in the health arena; the inference being that if you take probiotics, all will be fine and you will recover from what ails you. Sorry, but it just isn’t so! Probiotic bacteria are INCAPABLE of repairing an antibiotic-damaged, gut wall. Just one round of antibiotics is sufficient to mess you up and create a lifetime of autoimmune problems and compromised immunity.

Probiotic varieties of friendly bacteria DO NOT SURVIVE high acid stomach environments. And, because probiotic bacteria are NOT endospheres, they are a waste of money. [FYI: we are born with endospheric bacteria, but antibiotics KILL THEM! If you have ever used antibiotics, your system is challenged!]

Probiotic bacteria in fermented foods DO NOT SURVIVE THE STOMACH! THEY ARE NOT SUPPOSED TO SURVIVE! Stomach acid is your primary defense against incoming, dietary, life forms. [The Immune Protocol provides endospheres that pass the stomach and reseed primal immunity.]

Endospheres are indestructible. They can survive heat, cold, sun, radiation and stomach acid. They can survive for millions of years. They remain viable because they are NATURALLY ENCAPSULATED, dormant, MASTER BACTERIA that hatch in the gut AFTER traversing the stomach. Then, they multiply and begin orchestrating your microbiome so autoimmune attacks on the system settle down, and cease! Master bacteria cause pathogenic organisms to REVERT to their non-pathogenic forms. This is huge!

Question! Why, after thirty years of probiotic mania, is the populace sicker than ever? Answer. Because, the probiotic story is urban myth! The MISSING PIECES of the puzzle are bacterial endospheres and elimination of disruptive, fungal yeast and their mycotoxins.

Immune restoration involves pleomorphism, a concept that is lost on mainline and alternative medicine. Few practitioners understand pleomorphism because germ theory is all that is taught in medical school. Pleomorphism is a terrain concept that renders medicine’s Germ Theory of Disease, moot!

The unrecognized implications of glyphosate poisoning can no longer be ignored. The increase of strange diseases and mysterious infections in the populace demands a remedy and a realistic understanding of glyphosate’s dark personality and evil dynamics in the face of fungal dominance that is so pervasive.

Glyphosate is a PRIMARY METABOLIC DISRUPTOR that attacks every aspect of human metabolism, and the food chain is laced with it! Therefore, it is critical that steps be taken to prevent glyphosate from accumulating in organs and tissues and eroding health and well-being.

Glyphosate is marketed as an herbicide [weed killer], but it works like a POTENT ANTIBIOTIC. Environmental exposure is COMPOUNDING because glyphosate is now being used as a drying agent on grain crops in the days just BEFORE HARVEST! The epidemic of leaky-gut and autoimmune diseases is NOT because of gluten or the introduction of altered grain species. THE PROBLEM IS GLYPHOSATE! 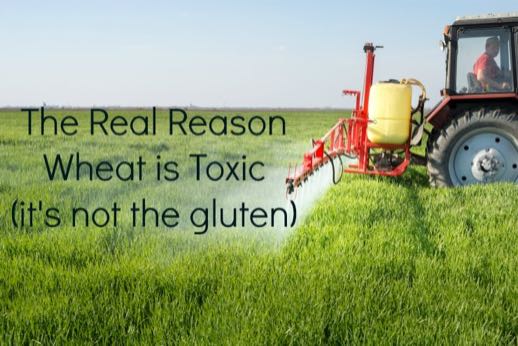 Meat, cheese and dairy are LOADED with glyphosate and antibiotics. Everyone is getting their daily dose. Eating organic offers little assurance that Roundup is being avoided. Vegetarians suffer, equally. In some ways, they are worse-off than meat and dairy eaters. Nuts, grains, vegetables and cooking oils are new targets of glyphosate application.

Glyphosate is a poison that PENETRATES the cell walls of plants AND the cell membranes of animals.   Worse, glyphosate ACCUMULATES in the cells and INTERFERES with mitochondrial production of our energy molecule, Mg-ATP. At the same time, glyphosate scrambles critical communication links between bacteria that’s necessary for monitoring and modulating of the immune system.
The body is comprised of trillions of bacteria, and when primal immunity is lost, control of pathogenic organisms is forfeited. MRSA, klebsiella, and C-diff infections are examples. Lyme disease and Morgellons are two more, but practitioners say victims are delusional. [Who do you think is delusional?]

Mitochondria are specialized cellular bacteria that make life and health possible. Mitochondrial dysfunction is a growing problem in the populace because of glyphosate poisoning. Interestingly, both prescription and over-the counter drugs KILL mitochondria. So, when you hear the side-effects in Big-Pharma’s drug commercials, know they are describing the kill rate for your mitochondria.

Destroy your microbiome and the pathogenic organisms will take-over your body. KILL YOUR MITOCHONDRIA AND YOU ARE TOAST! A daily dose of glyphosate and failure to clear your tissues of residues is sufficient to make degenerative disease and premature death a reality for everyone. Each of us must decide if we want, health or disease, and then act.

Young Again Club’s answer to the glyphosate dilemma is the Immune Protocol. Use it to restore primal immunity and break-down and clear your system of glyphosate and fungal mycotoxins.

The first step is to break-down incoming glyphosate [from food] BEFORE it is absorbed. The second step is to brake-down glyphosate released into the bloodstream by millions of contaminated cells as they naturally die and are replaced each day.

If glyphosate stored in your cells and tissues is not broken-down during transit of the intestinal tract, it will be reabsorbed back into the bloodstream through a perforated, [leaky] gut wall. The wall must be SEALED and immunity restored if you wish to have peak health.

Perhaps now, the reader understands the dilemma all of us face. We cannot avoid glyphosate, so the only solution is to REMOVE it from the body, every single day. The Immune Protocol meets the challenge and the Mold & Fungus Protocol addresses fungal invasion and fungal merger with human DNA.

I trust readers understand the importance of this discussion to long-term health and avoidance of enrollment in the sick-care system. Restoration of God-given primal Immunity and clearing of glyphosate should be every thinking person’s top priority.

Dr. Thiery Vrain says glyphosate is an antibiotic that can kill important bacteria in our large intestine. He said scientists have now discovered that these bacteria influence or control things such as how much serotonin our brains produce, and the health of our immune system, for example. “So immune deficiencies are very common when you are exposed to this chemical.”

I thought it important to include this comment from Ken Adachi:

This article is a decent introduction to some of the health problems created by Roundup’s Glyphosate which is found in most foods in your average supermarket. Many of the statements made here are reasonably accurate, but a few are not:  The author says that GMO and gluten are not a problem; only Glyphosate:

“The epidemic of leaky-gut and autoimmune diseases is NOT because of gluten or the introduction of altered grain species. THE PROBLEM IS GLYPHOSATE!”

But that’s not true. GMO crops are responsible for creating a horrible toll on human health, a drastic reduction in the nutritional density & value of food, impaired gut health, autoimmunity problems, etc., etc., and should to be banned in every country around the world. Plenty of people, including myself, shouted to the rooftops that Monsanto’s heavy-handed promotion of GMOs in the 2000 decade was going to result in disaster ~ and it did.

The ONLY genes that belong in plants are the ones which God and Nature created for those plants ~ AND NO OTHERS. Gluten is also a problem beyond the ADDITIONAL health problems created by Glyphosate and should not be dismissed as irrelevant.

However, the main objection I have with this presentation is that, unfortunately, it’s more of an Infomercial to steer towards the company and products that’s going to “solve” the Glyphosate problem for you, rather than an unbiased presentation of biological and chemical facts. While these products may have merit, they are not “the” answer to  Glyphosate poisoning.

People have to make it their business to STOP ingesting ANYTHING with Glyphosate in it – and that includes animals who are fed grains treated with Glyphosate. Many crop-based foods sold as “organic” are loaded Glyphosate because the grains are heavily sprayed with Glyphosate just before harvesting to dry them out for storage. Then it’s shipped off to the flour mill and it winds up as your bread a week later, just brimming over with high levels of Glyphosate pesticide. You can test for Glyphosate in the body and follow a number of different protocols to get it out. There’s a lot to learn about Glyphosate beyond what’s stated in this article.

Home-grown food, if you can do it, is the best way to avoid Glyphosate (and GMO) contamination.

There was a nine-day docu-series called “Healing from GMOs and Roundup” that ran for 24 hours FREE from July 17-26 that I posted to Twitter and included 32 different experts on the topic of Glyphosate and GMO poisoning and what to do about it. The info was great. You can learn a LOT of important information by taking advantage of these 24-hour freebees by RECORDING them and then re-listen to them at your leisure. I’ve recorded SIX different “summits” of this type in the month of July alone which adds up to a LOT of expert tutelage on health topics that should be  of concern to everyone.

One of the most eye-opening talks of the series came from Dr Mike McNeil, Ph.D. Agronomist, who reported on a Birth-Slaughter GMO food trial study of 4,000 pigs: 2,000 pigs were fed  GMO; while the other 2,000 pigs were fed non-GMO food. LISTEN to what he discovered at the end of the trial and see if you can continue to ignore the issue of GMO and Glyphosate poisoning: