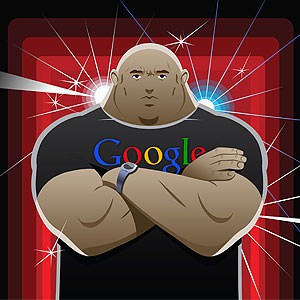 Do you want the good news first or the bad news?

Alright, here’s the bad news: Google is about to start ranking sites according to their conformity with mainstream opinion. Or at least that’s what the headlines would have you believe.

The usual sources in the controlled corporate media are telling you that this is a good thing and that only “Anti-science advocates are freaking out about Google truth rankings,” but if that seems like a remarkably blase attitude to take when facing the prospect of a 1984-like reality where the modern-age Ministry of Truth (Google) is going to determine the “truth” of controversial subjects and rank search results accordingly, then keep in mind that such articles are written by the likes of Joanna Rothkopf, daughter of mini-Kissinger and author of “Superclass,” David Rothkopf.

New Scientist–the website that broke the story with their article “Google wants to rank websites based on facts not links“–also framed the story, predictably enough, as “science” versus “anti-science,” starting their article by lamenting the fact that “Anti-vaccination websites make the front page of Google, and fact-free ‘news’ stories spread like wildfire.” The article rejoices in the fact that the good chaps at Google have come up with a bulletproof answer to this mess: “rank websites according to their truthfulness.”

The slightly good news is that, ironically enough, the New Scientist article seems to be a perfect example of a fact-free story spreading around the internet like wildfire. While the story does link to a research paper from a Google research team that outlines a “novel multi-layer probabilistic model” for assigning a “trustworthiness score” to web pages, it neglects to mention that the idea is still very much a theoretical work-in-progress at the moment and is nowhere near ready to be launched. If you have a fetish for multivariate equations, dynamically selected granularity, and line graphs comparing calibration curves for various data analysis methods, have at it! For the rest of us who are not fluent in boffin-speak, the gist of it is this:

First, a page is harvested for its “knowledge triples.” These are connected triplets of information consisting of a subject, predicate and object. The paper itself helpfully provides the example: Obama – Nationality – USA. A “false value” (again according to the paper itself) would be Obama – Nationality – Kenya. These knowledge triples are assessed for their (Google-determined) accuracy and the page is assigned a KBT (Knowledge-Based Trust) score, which Google could use in place of (or perhaps in some combination with) the traditional PageRank score to determine how high in the search results the web page should place.

The paper uses a list of 15 gossip websites to demonstrate that using this method, sites with disputed and often incorrect information (gossip sites) might rank high in traditional search results, which are weighted toward popularity, but low in the KBT results. But even the paper itself admits there’s a long way to go before this KBT method would be usable by Google to rank billions of web pages.

This is good news for those alt media websites (and their readers) who realize that they are the ones directly in the crosshairs of this technology. Given that Google is nothing other than an American intelligence adjunct (and has been since its inception), would we expect anything resembling a fair assessment of the “truthfulness” surrounding the most politically controversial subjects of our time?

The Federal Reserve is a private cartel created by the banksters for the express purpose of manipulating the money supply and controlling the economy? CONSPIRACY THEORY! No Google for you!

Governments always and throughout history use false flag terrorism in order to justify their wars of aggression? SLANDER! Do not pass go, do not collect $200, go directly to the bottom of the search results!

Google and every other major Silicon Valley firmis in bed with the DOD and/or the CIA and/or the NSA? BLASPHEMY! You have been excommunicated from the church of Google.

You get the idea.

But here’s the really good news: even if Google does launch such a system, it is doomed to failure. The internet is one of the last, best bastions of the free market in action that we have in our stultified, regulated, controlled, manipulated economy. Google’s popularity did not come about because government goons pointed a gun at everyone’s head and forced them to use it. They didn’t even create a licensing system for operating search engines, a favorite government trick for keeping genuine competition out of the market. It became popular because it was a million times more useful than AskJeeves or Yahoo! or any of the other outdated, clunky, dysfunctional search “portals” that dominated the web in the late 1990s. Granted, the power of Google’s PageRank may have come directly from the NSA’s own engineers, as some have speculated, but the fact remains: people use it because they can find what they want quickly and easily with minimal fuss.

At that point at which Google stops being useful for its intended purpose (helping people to look for information), people will start to look for alternatives. And alternatives do exist.

Ixquick.com is a privacy-protecting search engine that returns results drawn from a wide range of other search engines.

DuckDuckGo is another popular alternative search engine focusing on privacy protection that uses a number of innovative tools to make searching quicker and easier.

SigTruth is an “Alternative Media Search Engine for Liberty Minded People” that uses Google’s own custom search abilities against itself by returning only alt media website results on various topics. 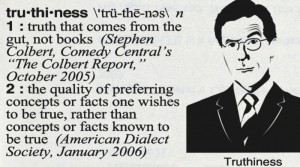 And even the news that Google might at some point start using its “truthiness” score to downgrade the alt media has spurred others in the alt media (like Mike Adams) to announce the creation of their own search engines.

But here’s the best news of all: what this urge to categorize sites by “truthfulness” (and all of the back-slapping, high-fiving articles about this news from the dying establishment mouthpiece media) really shows is just how desperate the would-be gatekeepers are becoming in their fight to put the alt media genie back in the bottle. And even better yet, this is by no means the first sign that the gatekeepers are losing their war to keep the people in the dark on the topics that matter.

In 2008, arch-globalist Zbigniew Brzezinski started lamenting how, for the first time in human history “all of humanity is politically activated, politically conscious and politically interactive.” This, as he stressed in speeches and articles at the time, means that it is no longer possible to dominate people in the same ways that they have been dominated for centuries.

In 2011, Hillary Clinton admitted that the US was losing the information war to alternative media outlets of all stripes.

In 2013, PopularScience.com had to turn off comments on all of their articles because, they said, a “decades-long war on expertise has eroded the popular consensus on a wide variety of scientifically validated topics” like catastrophic man-made climate change. 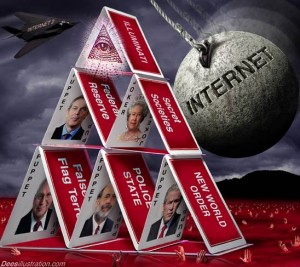 Yes, there are dark skies and reasons to be concerned about what’s coming in the inevitable digital clampdown. But there are bright spots as well, and these deserve to be noted, highlighted and celebrated. After all, the people have had a taste for real information and now more people than ever before see through the increasingly clumsy propaganda of the establishment. And that makes the propaganda increasingly useless for setting the political agenda.

The internet revolution toothpaste is out of the tube, and it’s going to be one heck of a job getting it back in. And that’s good news.