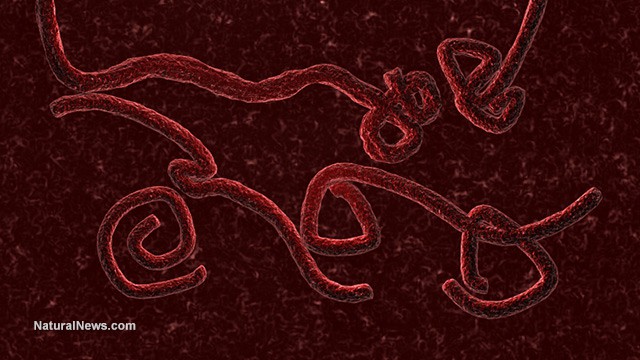 (NaturalNews) Efforts to bring natural Ebola treatments to suffering West Africans have been squelched by the World Health Organization (WHO), which recently blocked multiple shipments of nanosilver solution measuring at 10 parts per million (ppm) from entering the region, leaving thousands to suffer needlessly.
WHO officials also reportedly called off a trial at an Ebola isolation ward where local health authorities were set to begin administering the silver, which the U.S. government previously demonstrated is highly effective against Ebola. WHO ordered the trial not to proceed despite the fact that it had earlier voiced support for experimental treatments.

Both WHO and the U.S. Centers for Disease Control and Prevention (CDC) have given their blessing to experimental therapies for Ebola, citing a lack of proven treatment options. But when it comes to using therapeutic silver, all bets are off, it seems.

According to the Natural Solutions Foundation (NSF), efforts to ship nanosilver into Sierra Leone have thus far failed. The organization has been trying to deliver a shipment of 200 bottles of nanosilver 10 ppm, and 100 tubes of nanosilver gel, to no avail. At this point, the shipment has been returned to the U.S. for the third time.

“That parcel, shipped Air Express at a cost of $3400 to Sierra Leone on August 20, never made it out of Paris,” reads an NSF action alert. “Air France has yet to find a reason for that. But it made its way back to the US again, apparently for the 3rd time without being delivered to Africa.”

People are dying, and bureaucrats are still playing politics with silver

Formerly classified documents obtained from the U.S. Department of Defense (DOD) reveal that antimicrobial silver solutions like the kind NSF is trying to deliver to Africa have proven benefits in fighting Ebola and other forms of hemorrhagic fever. Research conducted by the DOD and several other federal agencies back in 2008 confirmed this, though health regulators largely ignored it.

A presentation entitled “Silver Nanoparticles Neutralize Hemorrhagic Fever Viruses,” which revealed exactly what its name suggests, was buried and kept secret for years. In essence, investigators determined that simple silver solutions neutralize viruses like Arenavirus and Filovirus, both of which are related to Ebola.

Interestingly, the research was conducted with the backing of the DOD’s Defense Threat Reduction Agency (DTRA) and the U.S. Strategic Command Center for Combating Weapons of Mass Destruction. The presentation was given by researchers from the Applied Biotechnology Branch, 711th Human Performance Wing of the Air Force Research Laboratory.

But not a single mainstream media outlet reported on the presentation, and to this day its findings have been largely ignored by establishment health authorities. Sadly, this political quagmire — nanosilver is an obvious threat to pharmaceutical interests, and thus is being marginalized — is resulting in thousands of needless deaths in West Africa with no end in sight.

Contact your representatives and demand that nanosilver be used in Africa

NSF is calling on 10 million people to write their representatives and demand that clinical trials be conducted on nanosilver in Africa. The group says doctors and nurses need nanosilver to protect themselves, and patients need it to overcome the disease. Recommended dosages for each application are available at the following link; at the bottom of this page, you can also contact your representatives by inputting your zip code:
SalsaLabs.com.

Learn all these details and more at the FREE online Pandemic Preparedness course at www.BioDefense.com