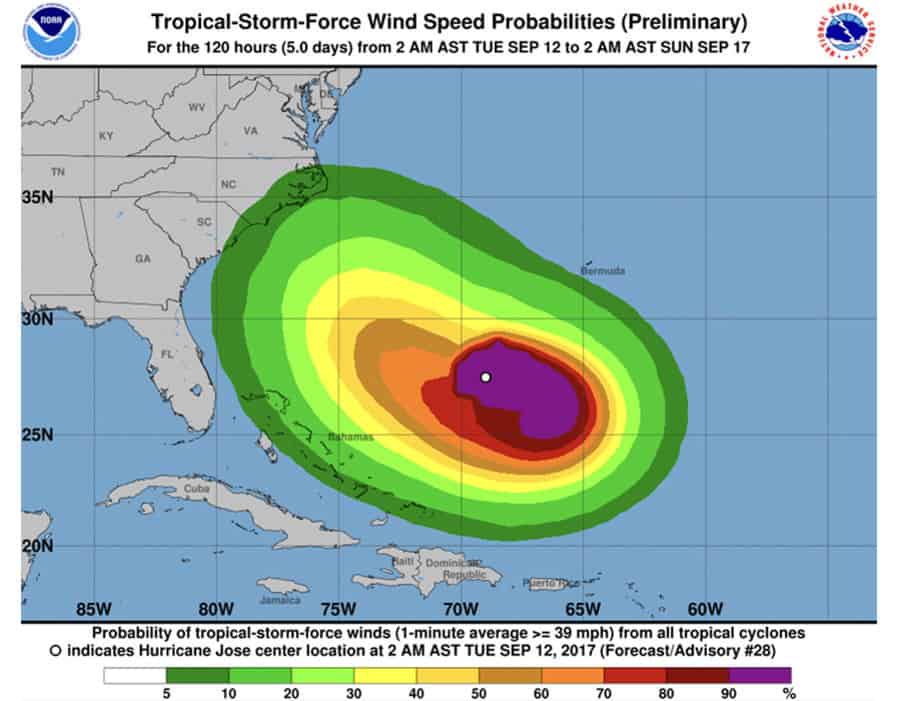 Are they going to allow this storm to weaken as the NHC forecasters are predicting?

The 11pm EDT update, from the NHC, said Hurricane Jose is expected to lose its strength as it stalls well east of the Bahamas over the next few days.The NHC said: “ At 1100 PM AST (0300 UTC), the center of Hurricane Jose was located near latitude 27.1 North, longitude 69.5 West.”Jose is moving toward the northeast near 6 mph (9 km/h) and this motion is expected to continue overnight.”A turn toward the east and southeast is expected on Tuesday, followed by a turn toward the south on Wednesday.”Hurricane-force winds extend outward up to 25 miles (35 km) from the center and tropical-storm-force winds extend outward up to 140 miles (220 km).”

The NOAA National Hurricane Center’s interactive map shows that Hurricane Jose will continue to circle around until the end of this week.The map shows that the hurricane is expected to complete the loop by ending up in roughly the same spot as it started by 2am on Friday.NHC forecaster Tom Birchard said: “The expectation is that Jose will complete a small clockwise loop over the open waters of the western Atlantic the next couple of days.”The NHC has forecast ‘steady weakening’ over the next 48 hours but there is ‘potential for reintensification’ in four to five days. 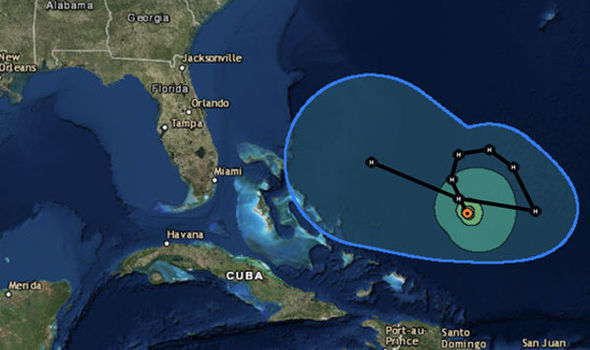 As of 5pm EDT, Hurricane Jose was located near latitude 26.4 north with maximum winds 100mph.The Category 2 storm has weakened since it’s last update but forecasters are still keeping an eye out for its trajectory.Hurricane Jose is expected to weaken further as it meanders far northeast off the Bahamas for the next couple of days, according to the NHC.As of 11am EDT on Monday September 11, Hurricane Jose had 105 mph winds and was located Northeast of the Turks and Caicos islands.The US is keeping an eye on the storm’s path. In the wake of the devastating effects of Hurricane Irma, there are fears over any more devastation from another storm.

Accuweather forecaster Dan Kottlowski said: “Jose is expected to remain between Bermuda and Hispaniola for the next several days but then eventually move westward late this week and then more northward this weekend.”

After Hurricane Jose has completed the loop the loop, there is a huge amount of uncertainty over where the hurricane could go next.The NHC storm track shows that Hurricane Jose could start heading towards Florida and the Bahamas by 2am on Saturday.In the worst case scenarios, Jose could turn southward toward the Bahamas or northward towards the East Coast of the US.WTTG FOX 5 Meteorologist Mike Thomas said: “Both Irma and Jose weakened this morning, but Jose still a hurricane. Most models don’t impact United States, but we’ll keep an eye on it.” 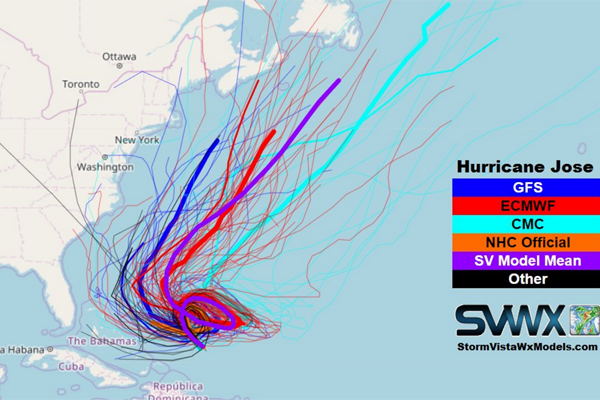 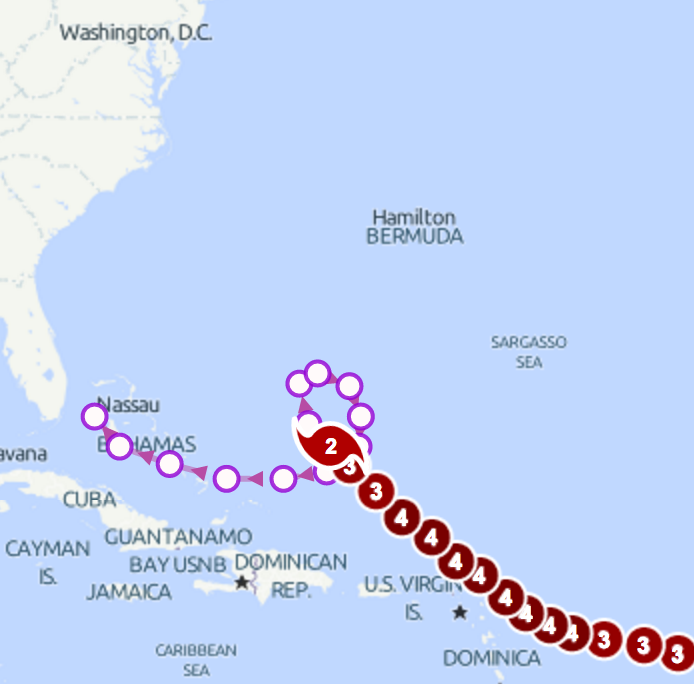 Meteorologist Jeff Lindner, who dealt with flooding in Houston, said Hurricane Jose will loop around the southwest Atlantic for the next three days.But he said: “After that will need to just keep an eye on it…Bahamas and E coast.”Although Hurricane Irma is likely keep weakening and stay out at sea, the Met Office storm tracker puts it on a path towards the Bahamas and Florida.The storm tracker should not be taken in isolation because it is only a ‘single solution’ from the latest run of the Met Office’s global model.

After Hurricane Irma devastated islands such as Barbuda, Saint Martin and Anguilla, islanders were braced for the arrival of Jose at the weekend.But by Saturday afternoon, the hurricane was moving away from the northern Leeward Islands and the warnings were downgraded to lesser alerts.