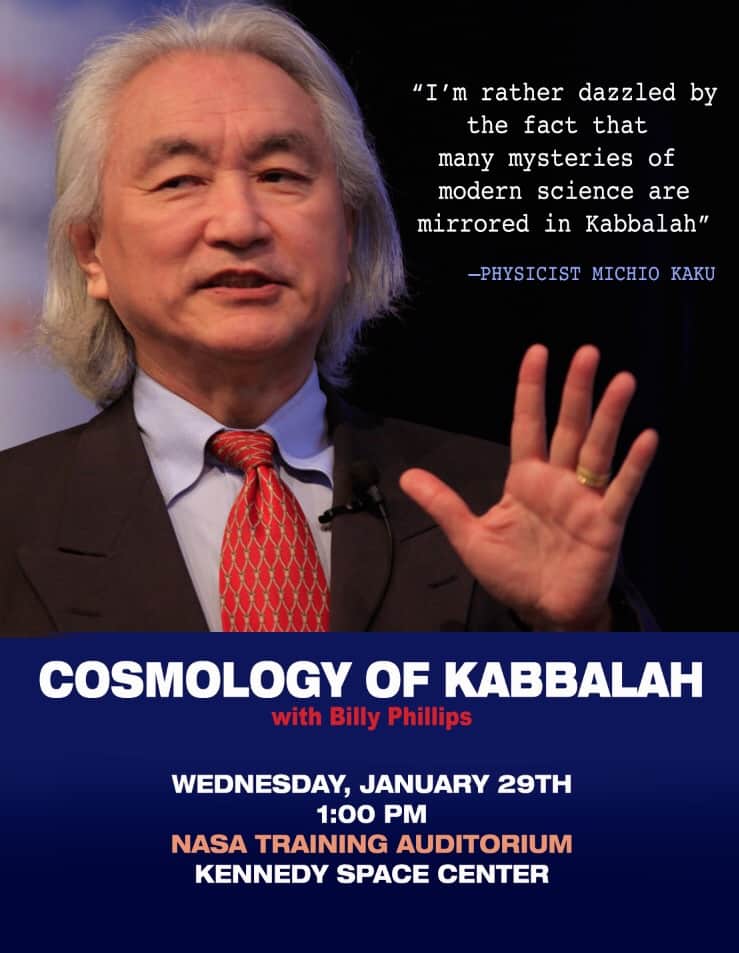 No Doubt about It:  The Kabbala Is the Root Source
Of Today’s Assumption-based Cosmological “Science”

Ever since Arno Penzias’ alleged discovery in 1965 of radiation from a Big Bang explosion [See:  TSE Pt 2-Hist.BigBang (p.7)], cosmologists have been settling on an age for the universe of between 13 and 16 billion years. Along with its indispensable Expanding Universe accompanist, this 15-16 billion year figure is now a settled “fact” that one hears and reads about with a “make sure everybody gets it” level of repetition.These Siamese “facts”, of course, are meant to supply mankind with the most basic knowledge anyone can have about their origins. Together, they tell the world about the Origin of all that exists. It’s all very neatly laid out for us. Somehow an infinitesimal atom of energy exploded 15 billion years ago and started the process of creating all that exists. The Earth formed out of gases and stuff 4.6 billion years ago, we are assured. Then, 3800 million years ago either lightening struck the mud and life began (the evolution myth for about a century and a half) or–as the latest “explanation” has it–comets spread bacteria here at that time (and throughout the universe before and since, of course) [See:  TSE Pt 1-Cosmic Ancestry], and that’s how both terrestrial and alleged extraterrestrial life came to be. As for when homo sapiens is said to have climbed down out of the trees, one or two million years ago seems to be the accepted range.

These are the numbers that are claimed to be certified by The Theoretical Science Establishment. They override, supersede, and nullify all previous concepts about how old everything is. Chief amongst those nullified concepts is the Creation Scenario of the Bible. That report says it all happened about 6000 years ago, it took six literal days to complete, and it was brought about by God Who had the resources to do it sans evolution.

As noted in Part I, the primary reason why the teaching of purely scientific evidence which demands a young Earth and no macro-evolutionism whatsoever is forbidden is because Evolutionists insist that such teaching is really a trick put forward by Bible Fundamentalists to mask their real agenda which is to teach a specific religious doctrine from Genesis by teaching what they call “creation science”. Such a trick cannot be allowed because the “no establishment of religion clause” in the U. S. Constitution forbids it…or so we are told repeatedly by the all-round defender of the people’s rights and liberties, the American Civil Liberties Union.

Also revealed in Part I was just a glimpse of the never seen flip side of this coin. That other side–never heard but demonstrably real and true–concerns the root of that Big Bang-activated 15-16 billion year old “creation scenario” taught everywhere with tons of tax monies. This is the Creation Account found repeatedly in the Kabbala, a holy book of a religious sect of Judaism. The fact that this religion’s teachings from both this holy book–the Kabbala–and the Talmud [See:  Talmud] are secrets that have been closely and successfully guarded by certain Rabbis through the centuries, is something that is now facing exposure because of the information explosion on the Internet.

Starting with a Kabbalist we met in Part I, let’s look at some other confirmations of the Kabbalist source of these two essential pillars of today’s theoretical cosmological model of the Origin of the Universe and all that is in it:

“Nechunya ben HaKana, a 1st century Kabbalist, asserted that if you know how to use the 42 letter name for God you could decipher a lengthy time between the creation of the universe and of man. He estimated the age of the Universe at 15.3 billion years, some 2000 years ago, the very age modern astrophysics have just arrived at…..”1
There are probably other Kabbalists between the 1st and 13th centuries who repeated HaKana’s estimation or described a Big Bang scenario, or both…. I’ll add such in here later if I learn of any. For the time being, the next confirmation that this scenario is an ancient Rabbinic version of the Creation found in the Kabbala appears in the 13th century. This one is by the Ramban Nachmanides, who is, apparently, the second most venerated Rabbi–after Maimonides–in Judaism. This is the Rabbi that modern day physicist Schroeder lauds so highly, apparently not realizing the can of worms he has opened [See:  NASAs Spirit.Roots]. He writes:
“Nachmanides the kabbalist…says that although the days [of Genesis I] are 24 hours each, they contain ‘kol yemot ha olam’  –all the ages and all the secrets of the world…. Nachmanides says:  There’s only one physical creation, and that creation was a tiny speck…. As this speck expanded out, this substance–so thin that it has no essence– turned into matter as we know it…. The moment that matter formed from this substanceless substance, time grabs hold…. Einstein’s…E=MC2, tells us that energy can change into matter. And once it changes into matter, time grabs hold… This moment of time before the clock begins for the Bible lasted about 1/100,000 of a second. A minuscule time. But in that time, the universe expanded from a tiny speck to about the size of the solar system. From that moment on we have matter, and time flows outward.” 2  (Emph. added here and throughout)
Kabbalist Schroeder himself embraces and furthers the Kabbalist Rebbe’s “creation scenario” this way:

“Let’s look at the development of time, day by day, based on the expansion factor [1 million times 1 million from start till now]…. The calculations come out to be as follows:

“Then you add it up [Schroeder continues] and you get 15 3/4 billion years …the same as modern cosmology allows….”3

“I show in my book (The Heavenly Time Machine: The First Six Days) procedures and commentary that lead to a universe age of between 14 and 16 billion years, depending on which procedure one chooses to follow. Some of these numbers can be traced back to the firstcentury, almost 2000 years ago. There is a deeply hidden knowledge in the Torah that yields these numbers….“4
Next: Realizing that “the Zohar is the central writing of Kabbalah”5, we read of the conclusions of a student of Nachmanides about the age of the universe:
“…Rabbi Aryeh Kaplan quotes R Yitzchak of Akko (a student the Ramban, late medieval) who concludes from the Zohar that the first creation was 15.8 billion years ago–the age astronomers and physicists seem to be converging on, given multiple ways of measuring the age….”6
In that 13th century not only the esteemed RambaN, Nachmanides–along with Ibn Ezra–revealed that both Talmudists and Kabbalists were active (some 300 years before Copernicus) in resurrecting the rotating, orbiting Earth concept of Aristarchus. (emph hha) This concept, of course, was a necessary first step not only on the road to bashing the credibility of Biblical Geocentrism and hence the credibility of the whole Bible and the Biblical God, but also the first step toward removing the Earth from any special role in the universe, paving the way for evolutionism and its offspring, and ultimately justifying the Big Bang Paradigm being floated by the same handful of Rabbinic “sages”. Note this from the Net:
“Nachmanides, (The RambaN NOT RambaM) in his commentary of Parshat Beraishit says on the phrase “And it was evening and it was morning, one day” (Chap. 1, 5 [Gen.]) that some scholars explain that “one day” is a reference to the rotation of the spherical earth in 24 hours, and every moment there is a morning somewhere on earth and night in the opposite place. The scholars he is referring to are the Ibn Ezra’s commentary on this same verse and Rambam [Maimonides] (Moreh Nebuchim, 2, 30)….

“…this is amazing! Not only do we have here, the idea that the Earth is a sphere and not flat, but that sunrise and sunset is caused by the earth’s rotation, not by a moving sun, –many years before science discovered this….”7

Moving ahead some 300 years we read in McLean’s “Kabbalistic Cosmology and its Parallels in the ‘Big-Bang’ of Modern Physics” about…
“…the strange parallels between the late 16th century reformation of kabbalistic cosmology that arose through the insights of Isaac Luria,
and the recent formulation of the ‘big-bang’ into the so-called ‘inflationary model’ of cosmic creation. Although the formulation of these two cosmologies was separated by some 400 years [Luria’s time], we can recognize that they addressed the same problem, that of the emanation of the cosmos out of nothing…. In a strange way the physicists of today have come to retrace  the philosophical and theosophical steps taken by kabbalists 400 years ago.” 8  [and 750 years ago…and 1950 years ago!!: Ed.]A “Short Essay on Lurianic Kabbalah” by Yakov Leib HaKohain underscores Luria’s role in this strange parallel:
“Isaac Luria (1534-1572)…or “Divine Rabbi Isaac,” was, and remains to this day, unarguably the greatest Kabbalist in world history. His doctrines… anticipated virtually word-for-word–or at the very least, concept for concept–the theory of the “Big Bang” origins of the universe in astrophysics….

Put simply, [Luria’s] doctrine of Sheviret HaKelim states (as does also 20th century Big-Bang theory) that the Universe (i.e., the Unity of God) was shattered at the moment of mundane creation. From this cataclysm, “Holy Sparks” flew off in all directions, some returning to their Source, others falling into the world of “things” and “beings….”9

***
Before ending Part II and going on to Part III, these few conclusions and comments will help keep this huge and hugely important subject reduced to bite-sized, easily digested facts:

For example, one cannot help but conclude both from Part I and Part II that:

Note: A three page documented essay on “superstrings” which fits in with this essay can be read.

4 – Further Essays from the Author of The Heavenly Time Machine: The First Six Days, by Morris Engelson, p. 4 of 7.
ht.//www.peez.com/~jmsc/heavenly_tm_essy_6day-html

8 – “Cabalistic Cosmology and its parallels in the ‘Big Bang’ of Modern Physics”, by Adam McAllen, pp., 5;
ht.//www.levity.com/alchemy/luria.html