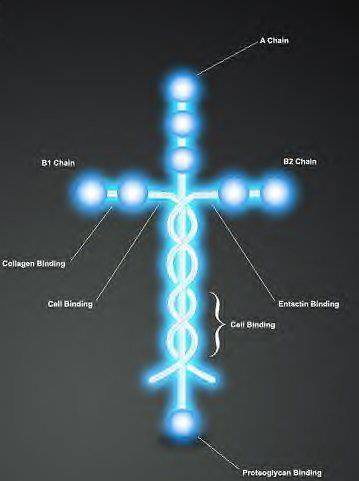 A post and video about Laminin are making the rounds on Facebook again. The claim is that the Laminin molecule is miraculously shaped like a cross, that Jesus is the one who “holds all things together,” and that Laminin is the “glue” spoken of in Colossians 1:15-20,

“He is the image of the invisible God, the firstborn of all creation. 16 For by him all things were created, in heaven and on earth, visible and invisible, whether thrones or dominions or rulers or authorities—all things were created through him and for him. And he is before all things, and in him all things hold together. 18 And he is the head of the body, the church. He is the beginning, the firstborn from the dead, that in everything he might be preeminent. For in him all the fullness of God was pleased to dwell, and through him to reconcile to himself all things, whether on earth or in heaven, making peace by the blood of his cross.” (Col 1:15-20)

Here’s the video – NOT AN ENDORSEMENT – LOUIE GIGLIO IS A FALSE NAR TEACHER: 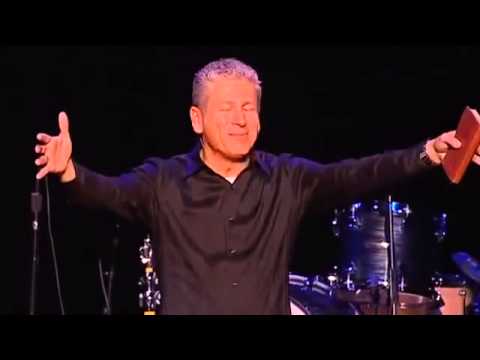 This is more NAR emotionalism and slight-of-hand, claiming to love Jesus while indoctrinating the church into it’s false doctrine.

What’s wrong with the NAR?

Here’s a brief look at the NAR in case you aren’t familiar. From Berean Research.org:

The New Apostolic Reformation (NAR) is a dominionist movement which asserts that God is restoring the lost offices of church governance, namely the offices of Prophet and Apostle.

Leading figures in this seemingly loosely organized movement claim that these prophets and apostles alone have the power and authority to execute God’s plans and purposes on earth. They believe they are laying the foundation for a global church, governed by them.

They place a greater emphasis on dreams, visions and extra-biblical revelation than they do on the Bible, claiming that their revealed teachings and reported experiences (e.g. trips to heaven, face-to-face conversations with Jesus, visits by angels) can not be proven by the ‘old’ Scripture…

OK, so there’s the source of the teaching. Now let’s take a look at Laminin.

Wikipedia describes Laminins as as follows:

“Laminins are a family of proteins that are an integral part of the structural scaffolding of basement membranes in almost every animal tissue. Laminins are what hold us together, literally. They are cell adhesion molecules. They are what holds one cell of our bodies to the next cell. Without them, we would literally fall apart.”

That much sounds believable enough.

The problem comes when people like Louie Giglio present a drawing of Laminin.

…Aaand here’s what Laminin actually looks like under a microscope:

So, Laminin looks nothing like the SYMBOL being presented to unwitting Christians, who “ooh” and “aah” at the supposed SCIENTIFIC EVIDENCE of our Creator’s Design. Don’t get me wrong – God’s Design is ASTOUNDINGLY BEAUTIFUL! But the artist renderings being presented take that Design and impress Occult Symbolism upon it. If you read my recent series “The Phoenix, DNA and The Jab” (I hope you’ll take the time to read it – I spent weeks researching this important information) you’ll notice that artists have added the Caduceus / Twin Serpents / Staff of Hermes to their renderings of the microscopic image. As I just covered in-depth, a great shift in perception is being impressed upon the minds of people; an indoctrination from the ontological position of Faith into that of Materialism aka Scientism aka Hermeticism.

We might look at the caduceus; the staff of Hermes Trismegistus as the LOGO (image/branding) of the Hermetic religion.

LOGO  – Originates in the Greek “LOGOS.” The history of modern logo’s dates them back to the printing press, but the use of images/SYMBOLS to communicate an impression is as old as the world system.

On the other hand, “LOGOS” in the scriptural context, refers to God’s WORD. I like how this author describes it:

LOGOS – is a Greek word literally translated as “word, speech, or utterance.” However, in Greek philosophy, Logos refers to divine reason or the power that puts sense into the world making order instead of chaos. It is the idea of a word uttered by a living voice that embodies a concept or teaches a doctrine. It is how ideas are communicated and brought to life. (source)

It’s interesting that the serpent tempted Eve to look with their eyes and doubt God’s Word.

“So when the woman saw that the tree was good for food, and that it was a delight to the eyes, and that the tree was to be desired to make one wise, she took of its fruit and ate, and she also gave some to her husband who was with her, and he ate.” (Gen 3:6) (1 Jn 2:16)

For some time now, the church has bowed the knee to Naturalistic Science, hoping to prove God’s existence through the materialistic lies of Evolution, Fake “Outer Space” and Atomic Science. Impressed by an image of something “cross-shaped” Christians’ perceptions are being shifted to visual evidence; from trusting God at His Word to needing visual proof of it.

But… doesn’t Jesus “hold all things together” the way Colossians claims?

Yes, of course He does. But, does He only do it through Material Laminin molecules? As Keith Giles of Patheos writes in his article “The Great Laminin Hoax”,

“Does everything have to be cross-shaped to testify of Christ’s power or to point to Him?”

Brother’s and sisters, I pray we are not naive to the devices of our enemy.

so that we would not be outwitted by Satan; for we are not ignorant of his designs. (2 Cor 2:11)