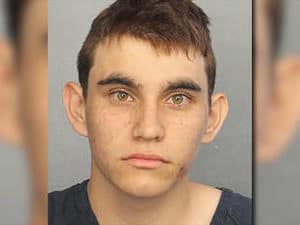 Was the Florida shooting a false flag? While it might sound insensitive*, in light of the now regular mass “shootings” we’re being presented with, many of which have been exposed as staged events (see “Sandy Hook“,) the question needs to be asked. The Trumpet Online explores just one factor in the recent Florida shooting that the media is ignoring; psychiatric drugs.

*an event being a false flag does not necessarily mean that there were no casualties.

Here we go again. A horrific mass shooting occurs. Everyone is in shock and grief. Democrats blame guns and Republicans. Pundits urge the public, “If you see something, say something.” And everyone asks, “Why?”

As information about the perpetrator emerges, a relative confides to a newspaper that the “troubled youth” who committed the mass murder was on psychiatric medications – you know, those powerful, little understood, mind-altering drugs with fearsome side effects including “suicidal ideation” and even “homicidal ideation.”

Yet the predictable response from the press is always the same – not only a total lack of curiosity, but disdain for any who ask the question, as though connecting psychiatric meds to mass shootings is pursuing a “conspiracy theory.”

In the case of Nikolas Cruz, the 19-year-old Florida mass-shooter, his mother’s sister, Barbara Kumbatovich, told the Miami Herald that she believed Cruz was on medication to deal with his emotional fragility.

This is strikingly similar to reports right after the 2013 school massacre in Newtown, Connecticut, when Mark and Louise Tambascio, family friends of shooter Adam Lanza and his mother, were interviewed on CBS’ “60 Minutes,” during which Louise Tambascio told correspondent Scott Pelley: “I know he was on medication and everything, but she homeschooled him at home cause he couldn’t deal with the school classes sometimes, so she just homeschooled Adam at home. And that was her life.” And here,Tambascio tells ABC News, “I knew he was on medication, but that’s all I know.”

But there was little journalistic curiosity or follow-up, and one wonders whether that will be the case this time around.

But, you may well be asking, why is the issue of psychiatric medications even important?

Fact: A disturbing number of perpetrators of school shootings and similar mass murders in our modern era were either on – or just recently coming off of – psychiatric medications. A few of the most high-profile examples, out of many others, include:

Paxil’s known “adverse drug reactions” – according to the drug’s FDA-approved label – include “mania,” “insomnia,” “anxiety,” “agitation,” “confusion,” “amnesia,” “depression,” “paranoid reaction,” “psychosis,” “hostility,” “delirium,” “hallucinations,” “abnormal thinking,” “depersonalization” and “lack of emotion,” among others. The preceding examples are only a few of the best-known offenders who had been taking prescribed psychiatric drugs before committing their violent crimes – there are many others.

Whether we like to admit it or not, it is undeniable that when certain people living on the edge of sanity take psychiatric medications, those drugs can – and occasionally do – push them over the edge into violent madness. Remember, every single SSRI antidepressant sold in the United States of America today, no matter what brand or manufacturer, bears a “black box” FDA warning label – the government’s most serious drug warning – of “increased risks of suicidal thinking and behavior, known as suicidality, in young adults ages 18 to 24.” Common sense tells us that where there are suicidal thoughts – especially in a very, very angry person – homicidal thoughts may not be far behind. Indeed, the mass shooters we are describing often take their own lives when the police show up, having planned their suicide ahead of time.

Pharmaceutical manufacturers are understandably nervous about publicity connecting their highly lucrative drugs to murderous violence, which may be why we rarely if ever hear any confirmation to those first-day reports from grief-stricken relatives who confide to journalists that the perpetrator was taking psychiatric drugs. After all, who are by far the biggest sponsors of TV news? Pharmaceutical companies, and they don’t want any free publicity of this sort.

The truth is, to avoid costly settlements and public relations catastrophes – such as when GlaxoSmithKline was ordered to pay millions of dollars to the family of 60-year-old Donald Schell who murdered his wife, daughter and granddaughter in a fit of rage shortly after starting on Paxil – drug companies’ legal teams have quietly and skillfully settled hundreds of cases out-of-court, shelling out hundreds of millions of dollars to plaintiffs. Pharmaceutical giant Eli Lilly fought scores of legal claims against Prozac in this way, settling for cash before the complaint could go to court while stipulating that the settlement remain secret – and then claiming it had never lost a Prozac lawsuit.

Which brings us back to the key question: When are we going to get official confirmation as to whether Nikolas Cruz, like so many other mass shooters, had been taking psychiatric drugs?