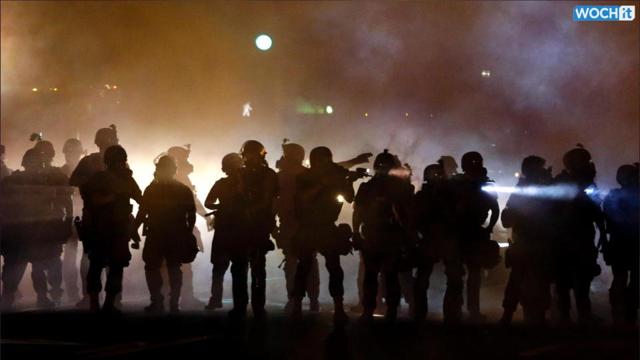 Ferguson continues to be in the news as the governor declares a “state of emergency”. First, here’s a quick flashback to August of this year. The Audio is from August 9, 2014, when a Ferguson, Missouri police officer “allegedly” shot and killed Michael Brown, an unarmed 18 year old. St. Louis County police confirmed the authenticity of this audio.

Listen to this recording. Did she really say what we think she said? The first call to dispatch was the news?

The question is, did this Ferguson shooting happen at all or was this all staged for the implementation of martial law? 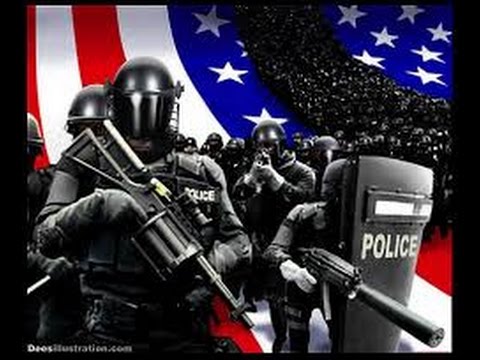 JEFFERSON CITY, Mo. (AP) — Missouri Gov. Jay Nixon declared a state of emergency Monday and activated the National Guard ahead of a grand jury decision about whether a white police officer will be charged in the fatal shooting of a black 18-year-old in the St. Louis suburb of Ferguson.

Nixon said the National Guard would assist state and local police in case the grand jury’s decision leads to a resurgence of the civil unrest that occurred in the days immediately after the Aug. 9 shooting of Michael Brown by Ferguson police officer Darren Wilson.

There is no specific date for a grand jury decision to be revealed, and Nixon gave no indication that an announcement is imminent. But St. Louis County prosecutor Bob McCulloch has said that he expects the grand jury to reach a decision in mid-to-late November.

The U.S. Justice Department, which is conducting a separate investigation, has not said when its work will be completed.

Before the shooting, Wilson spotted Brown and a friend walking in the middle of a street and told them to stop, but they did not. According to a St. Louis Post-Dispatch report based on sources the newspaper did not identify, Wilson has told authorities he then realized Brown matched the description of a suspect in a theft minutes earlier at a convenience store. Wilson backed up his police vehicle and some sort of confrontation occurred before Brown was fatally shot. He was unarmed and some witnesses have said he had his hands up when he was killed.

Snow falls on a memorial on the 100th day since the shooting death of Michael Brown in Ferguson, Mis …

Brown’s shooting stirred long-simmering racial tensions in the St. Louis suburb, where two-thirds of the residents are black but the police force is almost entirely white. Rioting and looting a day after the shooting led police to respond to subsequent protests with a heavily armored presence that was widely criticized for continuing to escalate tensions. At times, protesters lobbed rocks and Molotov cocktails at police, who fired tear gas, smoke canisters and rubber bullets in an attempt to disperse crowds.

Nixon also declared a state of emergency in August and put the Missouri State Highway Patrol in charge of a unified local police command. Eventually, Nixon activated the National Guard to provide security around the command center.

This time, Nixon said the St. Louis County Police Department would be in charge of a security in Ferguson and would work with the Highway Patrol and St. Louis city police as part of a unified command to “protect civil rights and ensure public safety” in other jurisdictions.

The governor did not indicate how many National Guard troops would be mobilized, instead leaving it to the state adjutant general to determine. Nixon said the National Guard would be available to carry out any requests made through the Highway Patrol to “protect life and property” and support local authorities. If the Guard is able to provide security at police and fire stations, then more police officers may be freed up to patrol the community, Nixon said.

St. Louis Mayor Francis Slay said Monday that he supports Nixon’s decision to activate the Guard. He said the Guard “will be used in a secondary role” and could potentially be stationed at places such as shopping centers and government buildings.

“The way we view this, the Guard is not going to be confronting the protesters and will not be on (the) front line interacting directly with demonstrators,” Slay said.