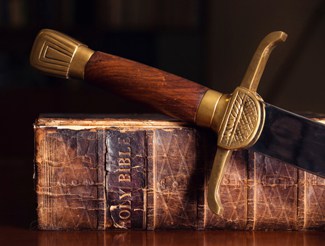 Over 20 years ago Christian Renewal published a review of the Cursillo movement (pronounced cur-SEE-yoh), a Roman Catholic, revivalistic technique which originated in Spain in the 1940s.  At the time it was being embraced by a few Reformed (largely RCA and a few CRC) churches.  In the two decades that followed, this movement has grown both in popularity and controversy.The centerpiece of this movement is an emotionally-exhausting, cloistered weekend culminating in an induction into the “Cursillo community.”  I became interested when some of our church members in Northwest Iowa attended, were forbidden to reveal what took place, and then proceeded to tell me anyhow.  This resulted in several years of research and a book:  Cursillo:  Little Courses in Catharsis.  In this and the next few issues, I will offer an updated review of Cursillo which has become an international movement with branches in every major Christian denomination.  A Canadian Cursillo website, cursillos.ca, notes that the Cursillo movement has spread to more than 60 countries.  It offers links to 1,550 Cursillo-related websites and to 81 separate Catholic and Protestant movements based on the Cursillo.  In this brief series, I will examine Cursillo in terms of theology, methodology, and results.

Some previous critiques of the Cursillo method have focused on the theology of the movement.  While biblical truth is always of utmost concern, the fact is that theology is the least important component of the Cursillo method.  This is evidenced by two facts.  First, leading proponents of the movement will admit that participants most likely will not hear anything they had not heard before or learn anything new, so the content cannot be the determining factor.  The other reason is because the Cursillo method is so readily transferable between different doctrinal perspectives, i.e. Roman Catholic, Lutheran, Methodist, Baptist, or Presbyterian (even decidedly non-Christian groups use similar methods and regularly achieve the same results).  Rather, the main concern for the Cursillo is that the theological or philosophical content taught during the weekend must be dramatic and emotional, dealing with deep themes of guilt, shame, rejection, disappointment, and so forth in order to achieve the disturbing effects.

It is more helpful to examine the unstated theological assumptions behind the movement which make it possible, even seemingly desirable.  The Cursillo is clearly a form of revivalism based on a semi-Pelagian perspective of sin and the need for grace.  From the Cursillo viewpoint, people are not dead sinners incapable of responding to God without the prior working of the Holy Spirit through the ordinary means of grace such as preaching and prayer.  Rather, men and women are capable of being persuaded one way or the other, for grace or against it; and Christ’s servants must use the most persuasive means at their disposal.  No one would deny that the Cursillo method is powerfully “persuasive.”

Two quotations demonstrate this semi-Pelagian perspective, one from the Roman Catholic founder of Cursillo, Eduardo Bonnin, and the other from an early Reformed (RCA) leader, Rev. Roderick Jackson.Eduardo Bonnin, a Spanish psychologist, notes that the Cursillo method was devised so that initiates could “live in truth and by the truth in surroundings that are most conducive to deep penetration of the soul by this truth.”  This was necessary because “everyone knows that words penetrate effectively only when the doors of our souls are open to them and these doors are opened only under favorable circumstances” (The How and the Why [Dallas:  National Ultreya Publications, 1981], p. 34).  If by “favorable circumstances” Dr. Bonnin simply meant a quiet place to reflect, this would be innocuous enough.  But these “circumstances” are in fact an overwhelming series of powerful, psycho-social techniques which attempt to “open the doors of our souls” by coercion.

Pastor Roderick Jackson wrote a 43-page Handbook for Leaders in the Cursillo Movement for the Reformed Church in America (available from the library of Sioux Falls Seminary).  In his Handbook he sees no doctrinal conflicts between the Roman Catholic Cursillo and the reformed tradition.

The writer believes, after 11 years of working in the Cursillo movement, studying the literature it has produced, and studying the scriptures and theological documents of the Reformed Church, that there is nothing basically incompatible between the RCA and the Cursillo method (p. 9).

What’s surprising is that Jackson inadvertently exposes his affirmation of Roman Catholic theology as opposed to the reformed theology he professes.  He declares that in the spiritually declining final decades of the 20th century, “The church must awaken a hunger for God, rather than presume there is a hunger which doesn’t exist” (p. 6).

Of course the Bible declares that unbelievers are not simply asleep and in need of awakening, but dead in their sins (Eph. 2:1-3).  They are not merely disinterested in God, but actively hostile toward him (Romans 8:7) and do not seek after him (Romans 3:11).  Reformed churches have never presumed that people were naturally hungry for God and have never believed that the church could “awaken a hunger for God.”  But this tenet is foundational for the Cursillo movement, and the Cursillo method stands ready to accomplish what God declares the church cannot do.

Everything that is humanly possible, from the best insights of psychology, pedagogy and group dynamics to the clearest understanding of Scripture is put together in an orderly sequence to achieve the aims of the Cursillo (Jackson, p. 10).

The Cursillo movement rests on a faulty foundation: unbiblical assumptions which Reformed churches have consistently and unanimously condemned, and Reformed Christians would be wise to repudiate and flee from it.

But there are more problems with the Cursillo method.  Next time we will look at the powerful psycho-social techniques employed during the Cursillo initiation weekend.  For more information or to order the book, Cursillo:  Little Courses in Catharsis, visit the website questioningcursillo.com.