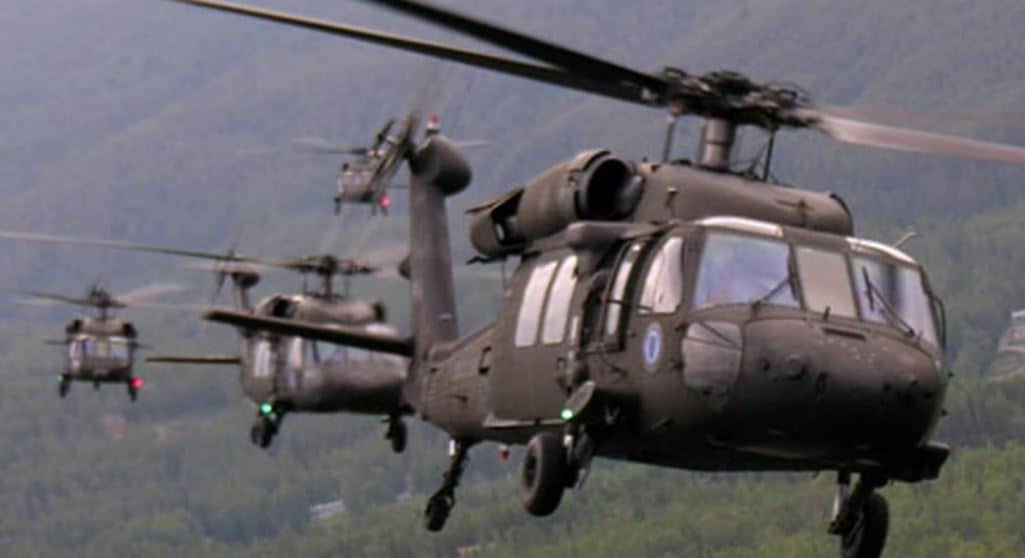 According to former Airborne Green Beret Jeremiah Johnson, the military movements he has recently witnessed along the Northern US border in remote Montana are “Reminiscent Of The Soviet Union“:

Jeremiah Johnson is a retired Green Beret of the United States Army Special Forces (Airborne) and a graduate of the U.S. Army’s SERE school (Survival Evasion Resistance Escape). You can contact JJ by using this form.

This article is going to detail some of the increased movements by U.S. military forces in Northwestern Montana, particularly in the Flathead Valley as observed by myself and others who live in the area. Upon the conclusion of this article it would be greatly appreciated for any and all comments to be submitted pertaining to similar movements noticed in the home states of the readers. With Jade Helm in its preliminary stages, one cannot help but notice these comings and goings.

C-130 Hercules flights are running out of Glacier International Airport on a regular basis, with a minimum of three flights during the day and two at night, the latter usually occurring around 11:00 pm or later. They usually fly east and cross over the Continental Divide, heading toward Malmstrom Air Force Base. The helicopters have been more alarming. For the past two weeks, there has been a minimum of two sorties per night, paralleling the north-south railroad line and following it through the mountains and crossing the Divide. These sorties bear a minimum of (2) UH-60 Blackhawk helicopters, and I have seen as many as (6) per over flight.

Most of the cargo shipped on the rails is comprised of container loads, oil tanker cars, and livestock. Recently a friend who lives next to Whitefish, Montana told me that he had seen a train packed to the gills with APC’s (Armored Personnel Carriers) heading East from Whitefish toward the Divide, and they were painted tan/desert camouflage. One of the problems here with photographing them is that these movements are taking place primarily at night. These chopper over flights are running just above treetop level and they do not only make one pass: the sorties fly by on average 3 to 5 times.

An Army Reserve unit on 93 North coming out of Kalispell (just one mile north of the city) has been receiving large shipments of concertina wire and pickets. Interestingly enough, engineer and repair/refit units that have been deployed in the Middle East are now in the process of returning to this Reserve station. This Reserve post has seen more activity (arriving supplies and personnel) in the past two weeks than in the past five years.

Other things worth mentioning are the fact that some of these military units have been operating stripped of unit patches (partially sterile uniforms) and have been accompanied by/accompanying U.S. Border Patrol Units near the Canadian Border. A man who works in Glacier National Park reported that the Canadians are allowed almost unlimited access into the U.S., but U.S. citizens departing the country come under the closest of scrutiny. It is reminiscent of the Soviet Union, with the only thing lacking (for now) being an internal passport system.

Over the course of the next several weeks, reports are going to be made concerning this “semi-lockdown” at the border. For this reason, anyone with any photos or information pertaining to such (for entry points into Canada) are encouraged to write SHTFplan where they can be compiled and released for use by the readers. There are currently an unspecified number of Special Forces teams that have been deployed to the Bob Marshall Wilderness Area for training, and this training is operational in nature rather than for qualifications related to professional development (Army schools).

Much of the Border Patrol has been touted as working “to combat drug trafficking” on the Canadian Border, although truth be told, the drug trade is nothing compared to the staggering numbers of arrests in cities on the coasts and the southern border of the U.S. Once again, though, the focus is not on stopping people from entry, but rather those who wish to depart. Last week the Border Patrol agents were conducting rappelling operations with helicopters at Glacier International Airport, and the Flathead County Sheriff’s Department was also involved. Noticeable were several uniformed members of the military.

Foreign military units (squad to platoon sized elements) are being reported by local people on an almost weekly basis now, and these have been accompanied by DHS agents as well as Border Patrol agents in some fairly remote areas (Trego, Libby, and Eureka, Montana).

So many of these events bear witness to the rampant federalization of the local and state law enforcement agencies, as well as the utilization and/or training of troops in conjunction with their activities. More Humvees and convoys of military transport vehicles have been seen in this year in the Flathead Valley than at any other time. Where are they heading? What are their plans in relation to Jade Helm? Once again, this investigation is ongoing and virtually inexhaustible due to the size and scope of the events transpiring around us.

Follow up reports on this are going to be regular as information and photographs come in. Now is the time for everyone to “tighten the shot group” on keeping their eyes and ears open and taking note of any and all activities they observe. Nobody can be in every place at every moment; therefore it is essential that everyone does what he or she can relating to this collection and gathering of intelligence. I look forward to your comments and suggestions on these matters, and encourage everyone to keep up the good fight.

Jeremiah Johnson is the Nom de plume of a retired Green Beret of the United States Army Special Forces (Airborne). Mr. Johnson is also a Gunsmith, a Certified Master Herbalist, a Montana Master Food Preserver, and a graduate of the U.S. Army’s SERE school (Survival Evasion Resistance Escape). He lives in a cabin in the mountains of Western Montana with his wife and three cats. You can follow Jeremiah’s regular writings at SHTFplan.com.