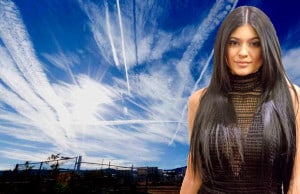 Kylie Jenner posted a Tweet about Chemtrails and it’s all over the web: 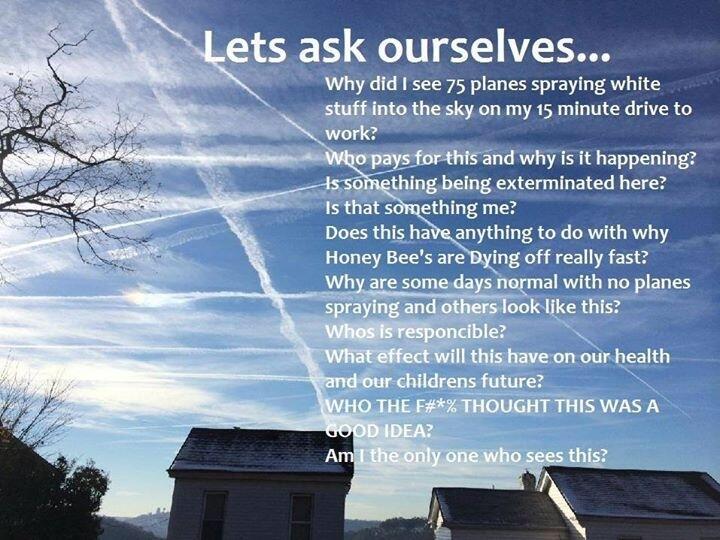 If you Google “Kylie Jenner chemtrails”, you see that the MSM has jumped all over this with ridicule and disinformation:

“Kylie Jenner wants to get her own show and be bigger than Kim Kardashian” – Hollywoodlife.com

“We’re hoping this is all a joke, because Kylie is right — the scary concept of chemtrails could easily hook her younger fans, and that’s scary. […] Let’s hope Kylie follows this tweet with a joke, because we don’t want to live in a world where America’s most marketable family also sells pseudoscience. – USA.com

“Contrails are made of condensation: thin clouds that form after a reaction between temperature changes and water in the atmosphere when jet aircraft fly around. But to a dedicated band of conspiracy theorists, contrails are actually chemtrails, chemicals spewed by the government in the air to poison hopeless pedestrians.” – vox.com

There’s a video on Youtube titled “Kylie Jenner believes in one of the most ridiculous conspiracy theory ever.” There are literally dozens, maybe more, main stream news sites, celebrity sites, debunking sites jumping on the band wagon. Unfortunately (or by design?), Kylie is a good target for ridicule.  We already know that ridicule is a common method of spreading disinformation. And nothing with the elite is simple. There’s more to this picture.

The public is (of course) reassured that this “Conspiracy Theory” is easily debunked.

Go back to sleep sheeple.

Nothing to see here.

We’ve got your future under control.

Awareness is raised about chemtrails. Or is it?

Kylie has a lot of company among celebrities exposing conspiracies.

Just two examples – Rosanne Barr has long been speaking out about these programs, as well as about project MKUltra. 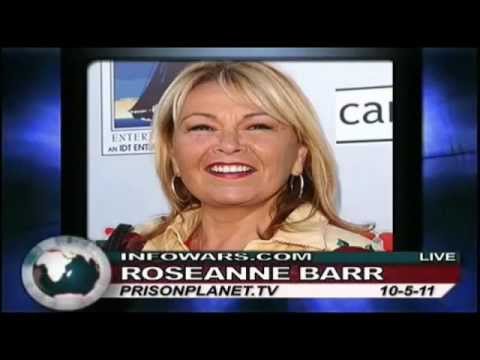 Many celebrities are starting to ‘speak out’ about the NWO. It gets confusing because the ‘elite’ play both sides; More truth. More ridicule. Stir up the confusion, anger and fear. That’s not to say that Rosanne might not be sincere, or even young Kylie (although you have to ask yourself; “seriously, does this girl drive to work?” And why are some being allowed to ‘speak out’ when so many others have been silenced?

So, resist the urge to be encouraged that “the truth is finally coming out.” The agenda is pretty clear, and that is to ridicule anyone who is exposing the ever increasing spraying of aerosols into our atmosphere, and at a crucial time; only a few short months before the climate change talks at the UN, where they hope to pass global legislation legalizing geoengineering.

The veil is being lifted, the “Truth” movement is growing every day, and ‘they’ not only know it, they are behind much of it (David Icke, Michael Tsarion, Alex Jones, among others) because with the right slant on awareness they accomplish: fear, uprising, an opportunity to cause division, confusion and chaos, (not to mention an excuse to label people as mentally ill, or have people hauled off to jail or a camp) and more opportunity to ‘externalize their hierarchy’, and lure people into any form of the occult for answers. From “Christ-Consciousness”, the New Age Movement, channeling, Kabballah and all forms of Oneism, to all out Satanism; they don’t care what you choose, just so you don’t turn to Jesus.

So what do we do with Kylie Jenner’s new found awareness? Be wise as serpents, gentle as doves. Pray for Kylie Jenner, and pray for God to cause this viral-story to backfire and wake up believers. Use the fact that you do know what’s going on to win souls. I’ve found that much of the world sees Christians as having their heads in the sand with a passive stance on current events: “The Bible says all these things will happen. There’s nothing we can do.” When in reality, there is plenty we can do to use the freedom that we still have to take a stand against evil, and we certainly should be doing that. As Christians, we ought to be the most knowledgeable people about what’s going on. Not only do we have the internet, but God has given us prophecy. We have the big picture. People are asking questions. Let’s be ready with answers.