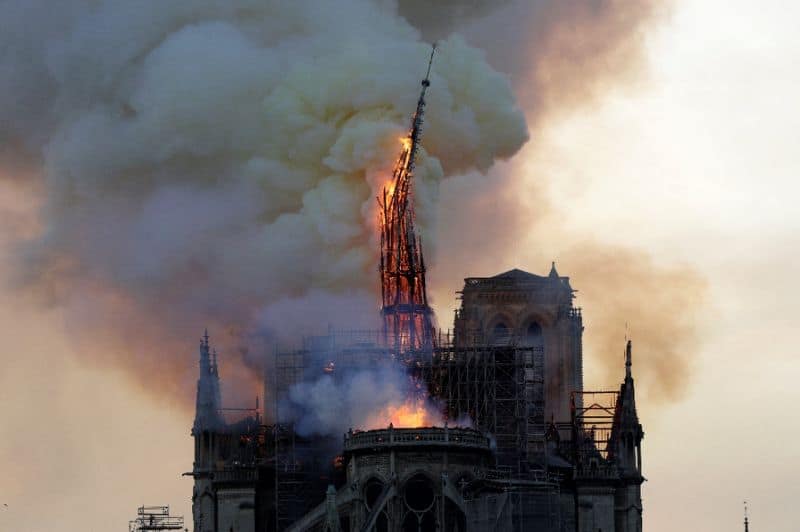 In the occult, April 19th to May 1st is sacrifice season, which is important to know in light of recent news.

First we saw the unveiling of the blasphemous “Holy Stairs.”

April 15 a sacrifice for Passover was held in Jerusalem. This is the first time they sacrificed a single Lamb for the whole Nation of Israel. 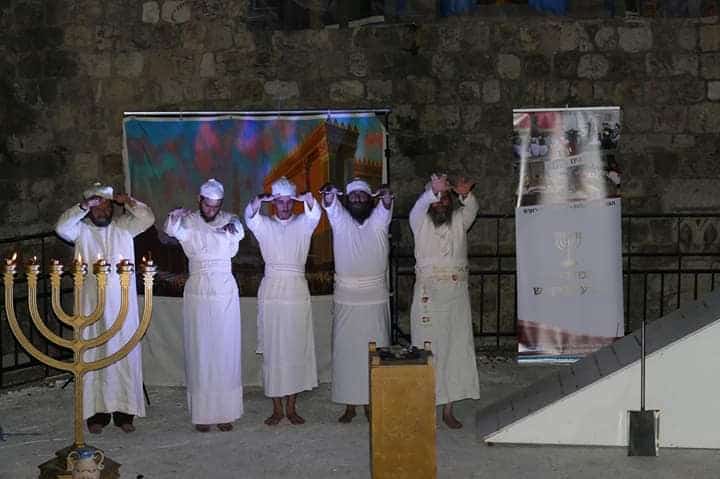 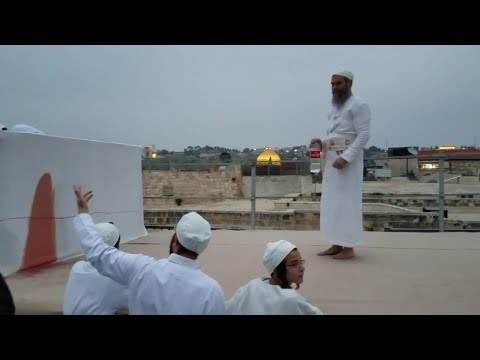 And we witnessed the burning of the 12th century landmark cathedral of Notre Dame.

Some of the idols: 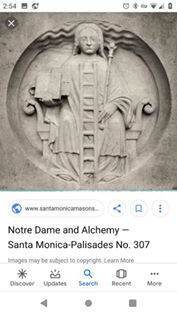 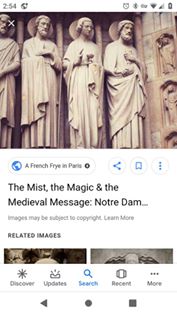 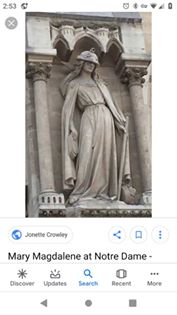 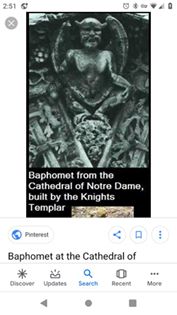 Some comments below the video:

Kirks 71
Since the fire started they have mentioned the two stone towers umpteen times. The fire is nowhere near the towers but now suddenly they are alight just like the media were predicting for hours. They have also been claiming that the building will be unable to be saved and that it will turn to dust.

Research Yvette Cooper MP who just happened to be in Notre Dame when the fire first started. Her husband is a Bilderberger ( Ed Balls). Notre Dame is symbolic of the French Revolution and Napoleon. Now consider why they have been describing France as a revolution since the Yellow Vest protests began

Did you see the Passover sacrifice today?
Hmm ? the 28 kings of Israel now that’s something to think about…
mck enna17 hours ago
Its already on wikipedia and its not even out yet! 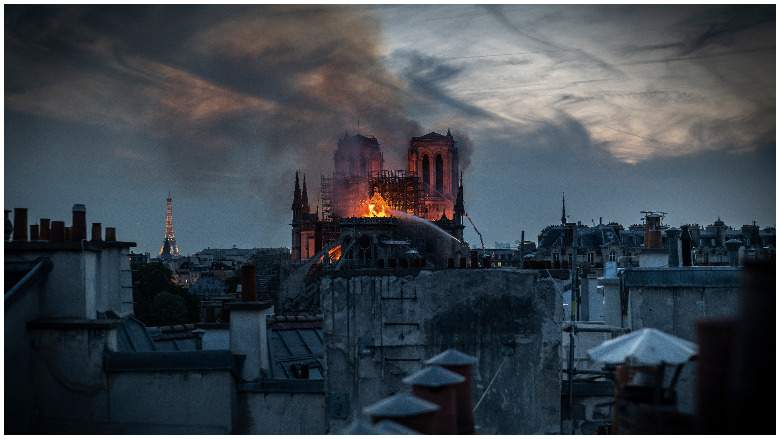 Paris authorities are ruling out terrorism

“Paris authorities are ruling out terrorism.” How precisely? How does one set up an investigation, and make a ruling when the fire is not even out yet? – Rob Stone

Four days before the fire, 16 statues were removed from the tower. 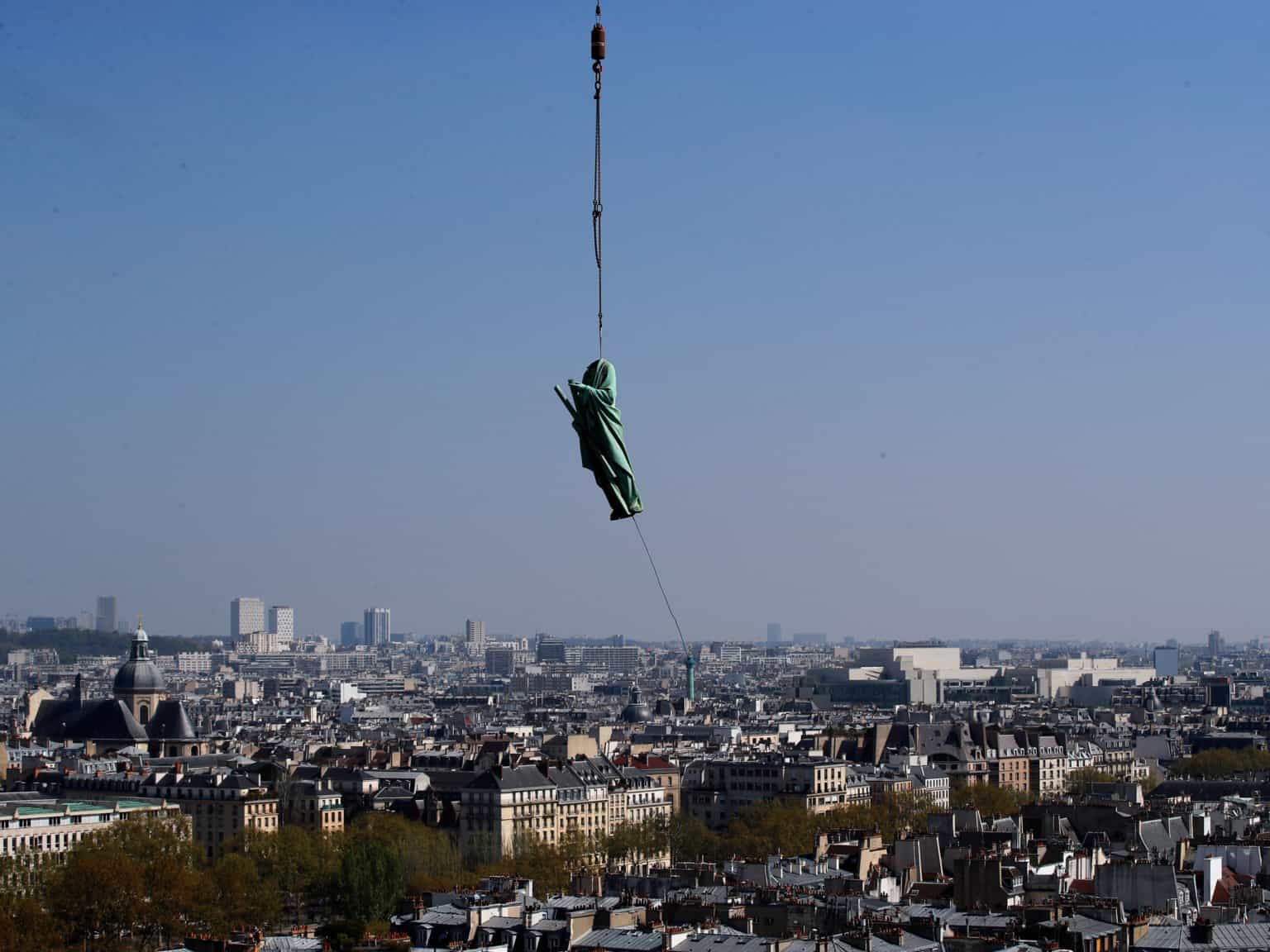 But wait a minute! Where have we seen those spirals before? 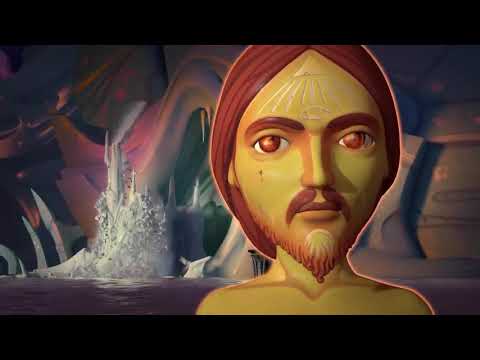 And then! A “miracle!” God apparently smiled down on the debaucherous cathedral, in support ecumenical bliss. …Don’t even think it.

Inside #NotreDame. Only a small part of the vault collapsed. Interior seems relatively untouched. Alleluia! pic.twitter.com/uI47wQ6WaB 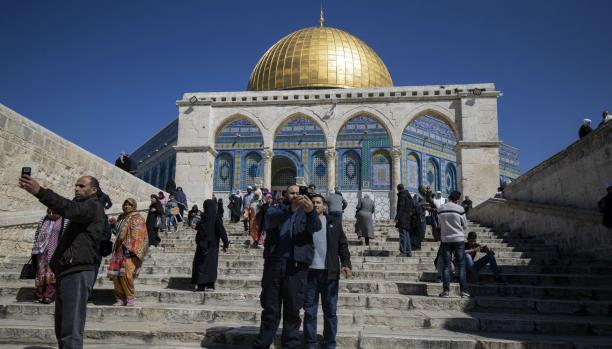 A fire broke out in al-Aqsa mosque in Jerusalem as Notre Dame cathedral in Paris blazed.

What is the message behind them? A blending of the two religions and destruction of both? They have been talking about the mutual destruction of Christianity and Islam for a long time.

Albert Pike said that in the 3rd world war, Christianity and Islam would be used against each other to bring both down:

“The Third World War must be fomented by taking advantage of the differences caused by the “agentur” of the “Illuminati” between the political Zionists and the leaders of Islamic World. The war must be conducted in such a way that Islam and political Zionism mutually destroy each other. Meanwhile the other nations, once more divided on this issue will be constrained to fight to the point of complete physical, moral, spiritual and economical exhaustion…

This manifestation will result from the general reactionary movement which will follow the destruction of Christianity and atheism, both conquered and exterminated at the same time.”” – Albert Pike

It’s interesting that Judaism, which is straight Talmudic Babylonian Mystery Schools isn’t mentioned, since the Mystery Schools are where Gnosticism and all forms of Shamanism originally came. Hmmm…

Pitting Christianity against Islam, is of course what the migrant crisis is all about.

Are we witnessing the beginning of the religious chaos that will make everyone cry for Peace?  As a friend wrote;

“Christ deserves all honor and glory and power, and He will get it. This wickedness will pass and seem very soon like a distant dream.” – Dominic E. Oswald

Therefore God has highly exalted him and bestowed on him the name that is above every name, so that at the name of Jesus every knee should bow, in heaven and on earth and under the earth, and every tongue confess that Jesus Christ is Lord, to the glory of God the Father. – Philippians‬ ‭2:9-11