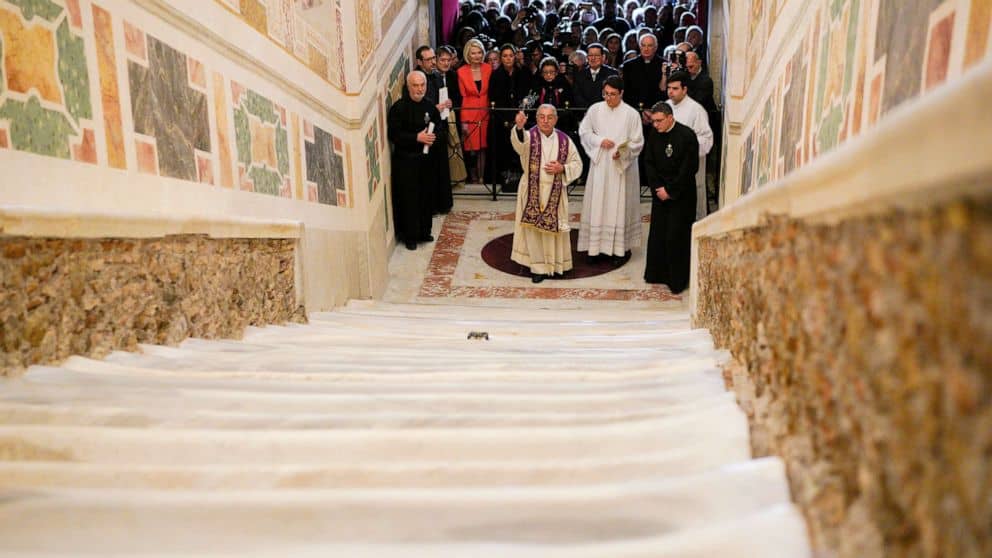 “Truly, truly, I say to you, he who does not enter the sheepfold by the door but climbs in by another way, that man is a thief and a robber. But he who enters by the door is the shepherd of the sheep.
John 10:1‭-‬2

Right in time for Easter, with more indoctrination into the mystery schools that birthed the Roman Catholic Cult, the Pope unveiled the “Holy Stairs” in Rome Thursday. The stairs, the Pope claims, were climbed by Jesus before his trial. He says he is sure of it.

After more than a year of restoration, the 28 steps that make up the “Scala Sancta,” or Holy Stairs, of the Pontifical Shrine in Rome were unveiled on Thursday, just in time for the thousands of people who will flock to Rome and the Vatican for Easter.

The steps were believed to be part of Pontius Pilate’s palace in Jerusalem and are the same steps Jesus climbed before being tried by the Roman governor and sentenced to crucifixion.

It is believed that Emperor Constantine’s mother, St. Helena, brought the steps from Jerusalem to Rome in the fourth century once Christianity became the Roman Empire’s main religion. They are now housed in a building that contains part of the old papal Lateran Palace, across from the Basilica of St. John the Lateran in Rome. 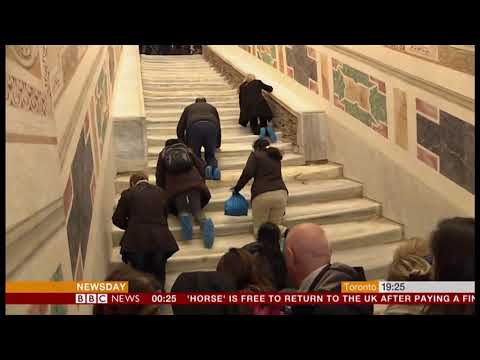 Since the Middle Ages, millions of faithful have made the traditional penitential ascent up the stairs on their knees as they pray and meditate on Christ’s passion.

read more if you can stomach it.

Let’s take a look at stairways. Where have we seen a stairway before? 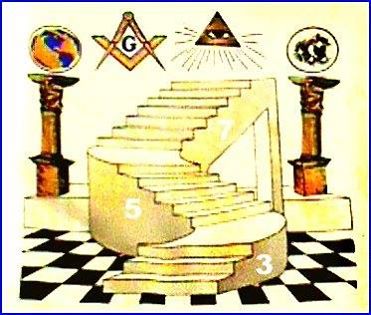 This brings to mind the song “Stairway to Heaven,” doesn’t it? The lyrics talk about a lady; The May Queen.

Here she is at the top of Jacob’s ladder: 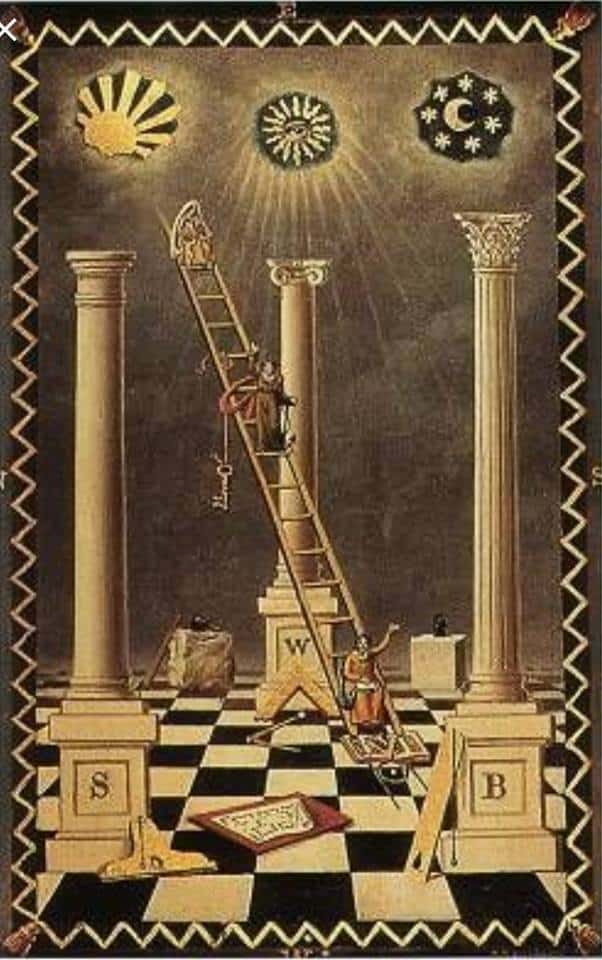 That looks like Mother Mary, doesn’t it? That’s because it is. The Catholic’s Virgin Mary is in fact Ashtoreth, Semiramis, Venus… a goddess who goes by so many names it’s hard to keep track. It is all one story, told in different names in various cultures. She is the “Shekinah,” the divine feminine. She is Lucifer.

The Catholic Church is the embodiment of the mystery schools with our savior thrown in for good measure. All to do what satan always works to do; Hide Jesus, the only Son of the only true God who ALONE takes away the sin of the world.

But getting back to the magic stairs.

Back in my day, every kid in school knew all the words to Stairway to Heaven, but no one knew what they were singing about. The song is an example of pure indoctrination, mockery and witchcraft. Like with much popular music, it has us mindlessly singing along about demons, fallen angels and false gods. The key word being “mindlessly.” That’s how the enemy works his way into our sub conscience.

The following video shows exactly who is being worshipped through this charade. This is chock full of information. Watch it carefully and learn just how convoluted “Easter” really is. And what the Pope’s “stairway” is really all about. 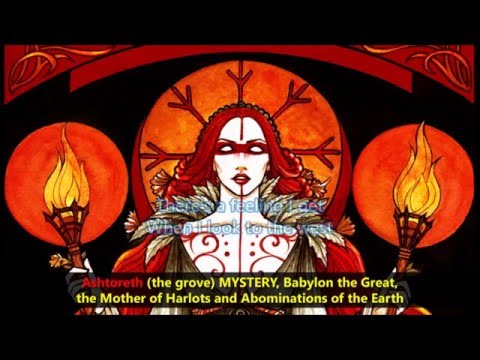