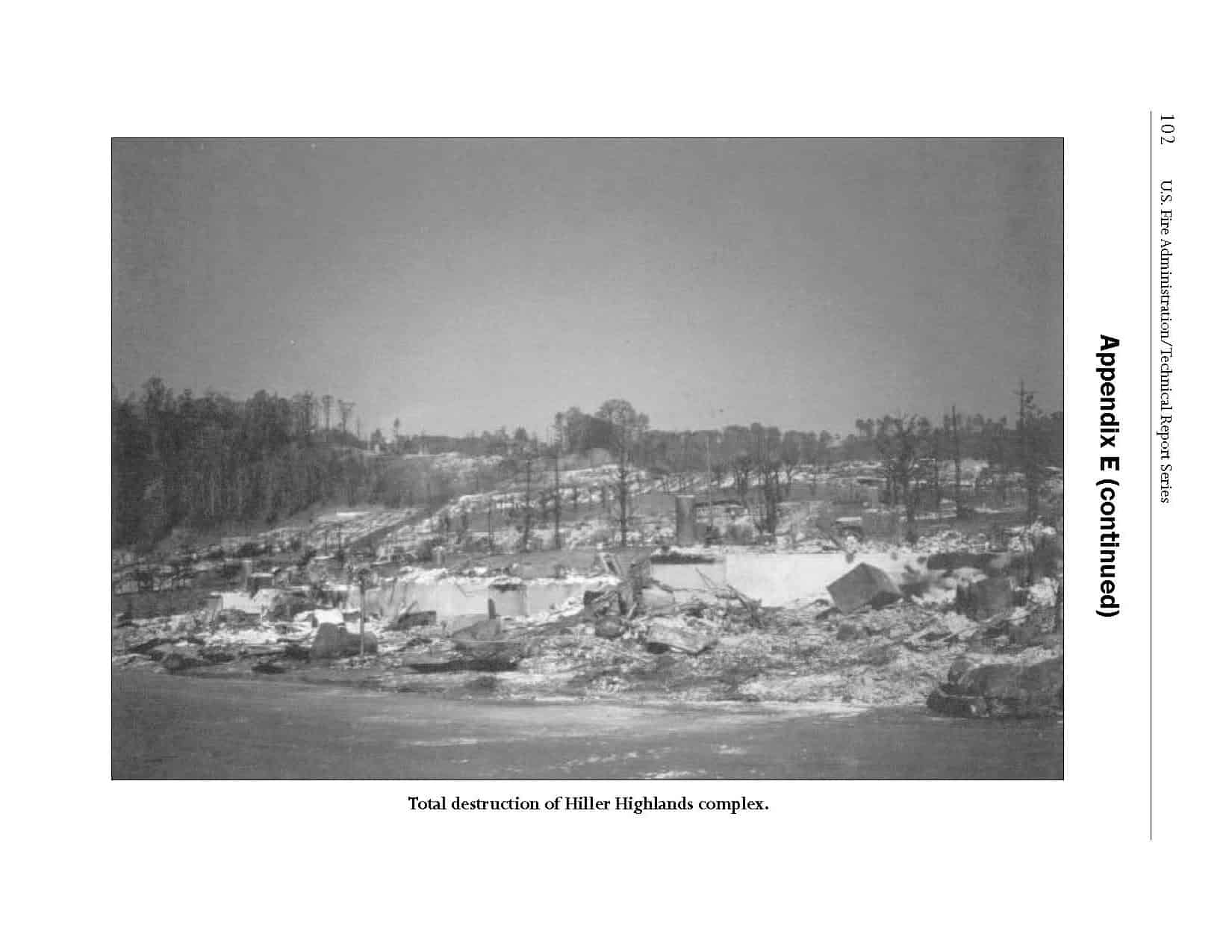 This is the official report on the East Bay Hills Fire of 1991: U.S. Fire Administration/Technical Report Series – The East Bay Hills Fire; Oakland-Berkeley, California – USFA-TR-060/October 1991, which is being compared to what occurred this year. I put the images originally contained in this report into a slide show below the doccument.  As you can see from the images, the structural damage and remains of burned cars were  lacking the complete obliteration seen in the recent fires.