“What the church needs today is UNITY!” I remember when a friend of mine proclaimed that one day several years ago, but it left a check in my spirit. Yes, we need to strive to keep the unity of the Spirit through the bond of peace (Eph 4:3), but I was in the thick of writing my book and uncovering a plethora of false teachings in the church. “What the church needs” I thought to myself “is a fresh understanding of the gospel of truth.”

Since then I’ve watched deception in the church go from bad to worse, culminating in what struck me as a pinnacle event in September; “The Return.” I watched Christians throw discernment to the wind and join in “unity” with a reported 50-100,000 God-fearing patriots gathering around a phallus (the Washington Monument) to pray as a nation; “repenting” and “praying for salvation” together with Catholics, Mormons, NAR & HRM leaders. “Repent from what? – Salvation through who?” The scene reminded me of the one in the film Tortured for Christ, where the churches in Romania, one by one, compromised their faith and unified under Communist government ideals.

Clearly, there is an important place for discernment in the church.

But at the other extreme, there isn’t a week that goes by when someone in my prayer group doesn’t share their heartbreak over the increasing divisions among Christians.

Clearly, there is also an important place for unity.

I’ve written before about how easy it is to cut relationships on social media when you have a disagreement. How many times I’ve heard someone say “I just unfriended them!” It sounds harsh, but we all understand it and most of us have even done it. I have. In the cyber world it’s hard to know who you’re really dealing with; is it a genuine brother or sister in Christ, or someone posing as one? Is it a shill, a plant, or a kook?

Even if you carefully vett your acquaintances to real people who are really Christians, social media platforms tend to feed a self aggrandizing pride and bravado. We each now have our own little pulpits don’t we? Those who’ve longed to be the center of attention – let’s call them what they are – those tragically given to the narcissistic “Jezebel” spirit – are in their prime, proclaiming their fleshly-reasoned ideas with gusto as; “THUS SAYETH THE LORD!”

OK, those are pretty easy to spot. But for the rest of us who are sincere truth seekers there’s a more subtle danger. As we research, there’s just so much information out there that making mistakes is inevitable. So, when we cross paths with a brother or sister who has reached a different conclusion from our own and is equally convinced that THEY have it right. How do we respond?

Do we listen with love and respect, carefully considering their evidence and thoughts?

Or do we pridefully approach the discussion intent on changing their mind to what “God has revealed” to us?

The answer seems obvious, but I can’t count how many times I’ve seen this lead to division and alienation…

But just yesterday I saw a beautiful thing! I saw a very intelligent and educated brother post his thoughts on something, and another, also very intelligent and educated brother respectfully disagree with him. I held my breath as I watched the exchange, the discussion (which was about quantum theory) being almost all I could do to follow. They both presented extensive, well thought out arguments… and then… to the delight of my heart and soul(!) one humbly adjusted his point of view and THANKED the other for helping him grow! “Iron sharpens iron” he said.

I wanted to post the conversation on a billboard as an example to us all! Praise God!

Jesus was asked what the greatest commandment was. This was His answer,

The enemy doesn’t want people to see the hope of Christ in us, and nothing destroys our message faster than a prideful spirit.

If someone has offended you, forgive them. If you know you dealt unkindly with someone, go to them and make it right.

Bear with each other and forgive one another if any of you has a grievance against someone. Forgive as the Lord forgave you. (Col 3:13) 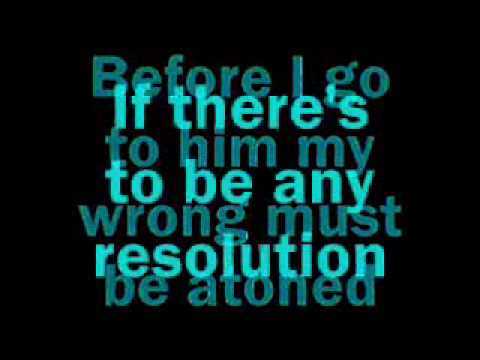