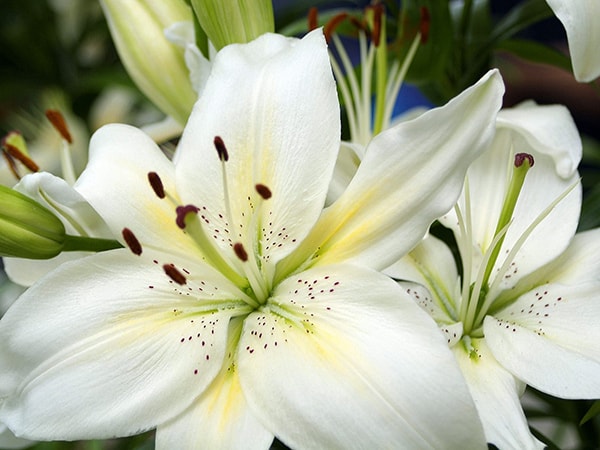 When we take the word Selah, and its definition of “consider”, something wonderful happens. A whole new world or direction of understanding occurs if we understand how to apply it correctly.

And yet I say unto you, That even Solomon in all his glory was not arrayed (dressed or clothed) like one of these.”

Before moving on we need to ask the question: “How was Solomon arrayed (or clothed)? According to the account of the Queen of Sheba, in I Kgs. 10:4 – 5, 7b it reads: “And when the queen of Sheba had seen all Solomon’s wisdom, and the house that he built,

And the meat of his table, and the sitting of his servants, and the attendance of his ministers, “and their apparel” (emphasis added), and his cupbearers, and his ascent by which he went up unto the house of the LORD; there was no more spirit in her (she was thoroughly and completely overawed by the magnificence of it all).

…and, behold, the half was not told me: thy wisdom and prosperity exceedeth the fame which I heard.”

The Queen of Sheba was completely overawed and dumbstruck by the sheer majesty and glory which God had imparted unto Solomon. She noted that she had been in awe also at the “apparel” (the clothing) that was worn by all in attendance. Solomon would’ve been dressed in royal purple, scarlet, blue, and would have worn costly jewelry of gold and silver fixed with the finest gems possible. And even those who were attending him would’ve been dressed elegantly. This was the wealth of Solomon’s court. Now, let’s go back to the lilies of the field.

Mt. 6: 28 – 29 starts with the single word “consider”. We are instructed to “consider” (to think about) the lilies. Well, a lily is a white petal flower. Upon looking at one initially, there’s nothing much about it, that is, until you “consider” it. For 5 years, on and off, I “considered” the lily. And, I must confess, I didn’t get it! What was God trying to teach me here? I “considered” (or thought about) the lily, that it was white, how it grew, its size and shape and still I did not get it! Finally, in a moment of epiphany given to me by the teaching of the Holy Spirit, I GOT IT!!! I had been looking at the lily completely wrong for those 5 years. I was looking at it from my human perspective. How would “God”, who put it all together, view the lily? I FINALLY GOT IT! I took one of the white petals, put it underneath a microscope because God created the lily from a microscopic, cellular level. And once I began to view the white petal through the microscope it took on a whole different perspective. Remember, in God’s creation, white gathers together all the colors of the rainbow. A prism will easily divide the white light into its individual colors.

As I looked upon the white lily through the microscopic lenses, I saw colors and patterns which defied the imagination. I had no name for some of the colors I had been viewing. And, oh, the patterns along with those colors were breathtaking. It was a moment in which I had brushed up against divinity and truly began to understand just how very small I was in comparison to the true magnificence of God’s creation. For all the glory in which Solomon has been covered with in his clothes, it was nothing in comparison to what I had been looking at. I was looking into the Divine Creation of God Himself and how He had been viewing the lily of His creation, all along. And I never, NEVER would’ve been able to have become a part of that pure moment of epiphany had I not obeyed the one Word of God when He instructed all of us to “consider”.

Whenever you see that one word, and it’s only one word, “consider”, stop whatever you’re doing and review what you may have just read. God is trying to teach us something unique, something profound that will have a permanent effect on our lives. Obey that simple little word, “consider”, and you will be blessed with an understanding of a knowledge your Father is trying to impart unto you. And, if you do, you shall be eternally blessed as a result.

God bless and keep all of you…Doc!