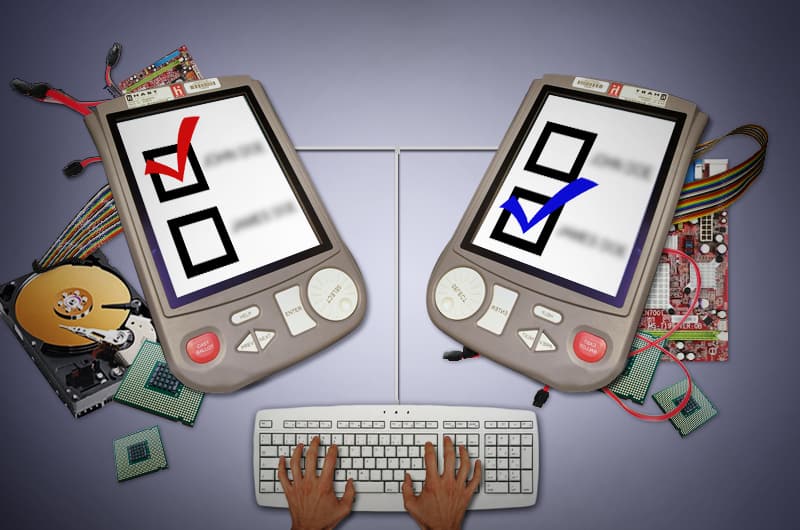 “In politics, nothing happens by accident. If it happens, you can bet it was planned that way.” – Unknown, commonly misattributed to Franklin D. Roosevelt

According to a Reuters/Ipsos poll, about half of American voters believe that the system U.S. political parties use to pick their candidates for the White House is “rigged” and more than two-thirds want to see the process changed.

One would think that, by now, most (if not ALL) people would realize that the entire voting system is a sham.

The United States is one of just a handful of countries that gives regular voters any say in who should make it onto the presidential ballot. But the state-by-state system of primaries, caucuses and conventions is complex. The contests historically were always party events, and while the popular vote has grown in influence since the mid-20th century, the parties still have considerable sway.

One quirk of the U.S. system – and the area where the parties get to flex their muscle – is the use of delegates, party members who are assigned to support contenders at their respective conventions, usually based on voting results. The parties decide how delegates are awarded in each state, with the Republicans and Democrats having different rules.

The delegates’ personal opinions can come into play at the party conventions if the race is too close to call – an issue that has become a lightning rod in the current political season.

Another complication is that state governments have different rules about whether voters must be registered as party members to participate. In some states, parties further restrict delegate selection to small committees of party elites, as the Republican Party in Colorado did this year.

In other words: the establishment selects two candidates and “allows” us to choose from them on election day.

Third-party candidates? Forget about it. The mainstream media largely ignores them. Suggest voting for one, and most Americans will tell you that you are “wasting your vote.” Unfortunately, they aren’t wrong: the elite will never allow a third-party non-establishment candidate a real shot at the presidency.

In the recent article The System Is Rigged: Widespread Dissatisfaction Among US Voters, The Guardian says:

The rise of anti-establishment candidates like Sanders and Trump has thrown into sharp relief the mess of rules and processes deliberately designed to keep these candidates from clinching the nomination. For these voters, and the many more across the political spectrum just waking up to the ground rules of the highest-stakes game in the country, the primary races can seem horribly unfair.

The Guardian also polled Americans to ask what they think about the election system. More than 300 readers responded, and many expressed their misgivings about the way the parties select nominees, describing the modern primary process as “rigged”, “undemocratic,” and a “charade.”

Their comments are quite telling:

Why should the states, the party organizations and the voters go through all the hype, expense and time to have a primary when the party poobahs make the ultimate decision?” – Don Grafues

“Now that we have true grassroots, anti-establishment, populist candidates on both sides [Sanders and Trump], the political machine is in full survival mode to maintain the status quo. Party leaders sense a real and direct threat from both campaigns…and both major parties are going to use every tool they have to block what they feel is a threat to their very existence.”  – Chris Ritz

“The reason I never voted is because I thought of corruption. I thought maybe I was wrong or unfair, but it’s [the electoral process this year] kind of making me think there’s a lot of corruption and your voice doesn’t count.” – Wendy Kranmer

Earlier this month, RT discussed the rigging of elections with Dr. Ron Paul, who called the system “rotten” and a “charade”: 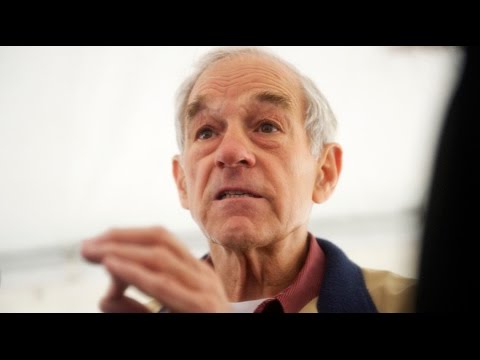 In the article “Illusion of Choice,” Bernhard Guenther says

…as the saying goes, “the path to hell is paved with good intentions”. In a ponerized society with a corrupt political system, good intention, hope and voting don’t result in positive change, but merely wishful thinking and denial.

There are no free elections in this country. There hasn’t been in a long time. The Voting System is a fraud sold to the public to give them the illusion of choice. The same goes for the two-party set-up. Democrats and Republicans. Back and forth. Two sides of the same coin. Despite popular belief we actually don’t live in a democracy anymore. People are so caught up in this left/right tunnel vision that they don’t see how they’re being duped and played with.

Elections are nonsense. They serve to maintain the illusion that we actually have a say in selecting a new master every four years. Participating in this system gives it validity – voters are giving their permission to keep the current system in place.