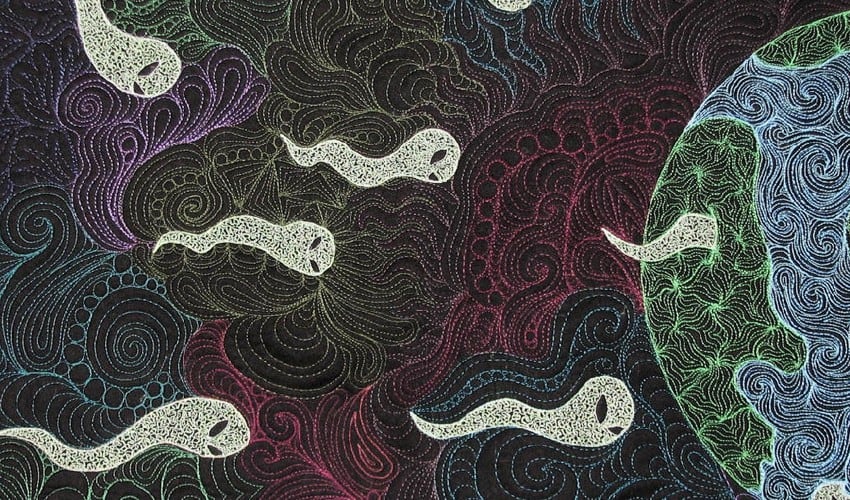 Panspermia means that life on earth was seeded from outer space. The term “panspermia” derives from two Greek terms: pan, meaning “all,” and sperma, meaning “seed.” There are two forms directed (ETs seeded earth) and undirected (DNA from a comet or meteor). Many have thought it unlikely because the heat of entry into the atmosphere would incinerate organic matter. However, it looks like DNA is more resilient than we thought. Scientists from the University of Zurich in Switzerland found that DNA can survive:

Scientists who attached small double strands of DNA to the outer casing of a rocket discovered it could survive temperatures soaring to more than 1,000 degrees Celsius

DNA can survive re-entry into the atmosphere, raising the possibility of extraterrestrial life molecules arriving on Earth from space, research has shown.

The discovery came as a total surprise to scientists who attached small double strands of DNA to the outer casing of a rocket.

Despite temperatures soaring to more than 1,000 degrees Celsius during the short flight to sub-orbital space and back, much of the DNA emerged intact.[1]

Science fiction authors and the entertainment industry have been promoting panspermia for decades. Recent films likePrometheus (2012), Knowing (2009), and Mission to Mars (2000) have sown this seed into the public psyche. Interestingly, Richard Dawkins made an appeal to directed panspermia in the movie Expelled when he was asked about the origin of life by Ben Stein:

Stein: How did it get created?

Dawkins: By a very slow process.

Stein: Well, how did it start?

Stein: And what was that?

Dawkins: It was the origin of the first self-replicating molecule.

Stein: Right, and how did that happen?

Dawkins: I told you, we don’t know.

Stein: What do you think is the possibility that Intelligent Design might turn out to be the answer to some issues in genetics or in Darwinian evolution.

Dawkins: Well, it could come about in the following way. It could be that at some earlier time, somewhere in the universe, a civilization evolved, probably by some kind of Darwinian means, probably to a very high level of technology, and designed a form of life that they seeded onto perhaps this planet. Um, now that is a possibility, and an intriguing possibility. And I suppose it’s possible that you might find evidence for that if you look at the details of biochemistry, molecular biology, you might find a signature of some sort of designer.

Stein (as narrator): So Professor Dawkins was not against Intelligent Design, just certain types of designers such as God.[2]

Kenneth J. Delano, wrote in an officially sanctioned Catholic book, “Our religious sensitivities ought not be shocked by the idea that the evolutionary history of the human body might be traced back ultimately to a primordial refuse heap left by visiting ETI when Earth was young.”[3]

In other words, it is consistent with Catholic theology to believe we might have evolved from ancient alien garbage. Considering all the recent hullabaloo from the Pope about baptizing ETs, one wonders what Rome is up to (time toread Exo-Vaticana). Many have noted Pope Francis’ ecumenical jihad but might it also connect to panspermia?  Perhaps… and here is how.

Dr. Michael Heiser speculates that scientific evidence seeming to affirm that life on Earth was seeded from space could potentially inspire an inclusivist global religion. In regard to panspermia, he wrote, “It will be the paradigm that allows the atheist to tolerate religion, and allows literalist Bible-readers, the eastern Buddhist, and the pagan to simultaneously parse the new science the same way. This might in turn be useful fodder for a global religion.”[4]  This new DNA evidence makes this seem much more plausible.

[4] Dr. Michael Heiser, “Panspermia,” in How To Overcome The Most Frightening Issues You Will Face This Century