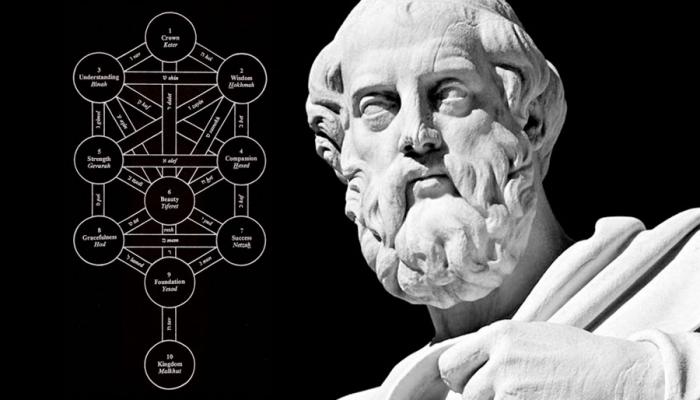 Science is the ‘solid rock’ upon which all things in modernity must be proved to be considered credible. Yet, it is naturalistic science itself that we should be holding to scrutiny, since most, if not all of it’s heroes were Kabbalists, Freemasons or held to other related mystical worldviews. It’s interesting that the very system purporting a naturalist, empirical atheist worldview was developed by occultists, and that those who most strongly opposed the study of scientific history in the early 1900’s were scientific empiricists.

In the 16th century, modern chemistry emerged through the practices and theories of alchemy.  The science of physics, presented by Aristotle, who described “all there is to know about the world” bears a striking similarity to Kabbalism. In fact, Aristotle, Plato, and Socrates were all well versed in Kabbalah. As Christians we would be remiss to buy into the idea that theoretical, quantum physics is “science finally having to acknowledge the supernatural“.

There’s more. David Livingstone provides an in depth look into Plato, and his part in the Mystery of Iniquity.

There is little that should impress you in the writings of Plato, who is supposedly the greatest philosopher in history. On the contrary, there is much that should concern you, as Plato has been the founder of many of the totalitarian doctrines that have plagued the twentieth century. Rather, the only reason he has achieved the reputation he has is that, throughout the history of the Western and Eastern occult tradition, Plato has been regarded as the godfather of its doctrines, and as the great representative of those ancient traditions associated with the Kabbalah.

Among the prominent Kabbalists of the Renaissance, for example, was Leone Ebreo, who saw Plato as dependent on the revelation of Moses, and even as a disciple of the ancient Kabbalists. While Rabbi Yehudah Messer Leon, criticized the Kabbalah’s similarity to Platonism, his son described Plato as a divine master. Other Kabbalists, such as Isaac Abravanel and Rabbi Yohanan Alemanno, believed Plato to have been a disciple of Jeremiah in Egypt.

On the similarity of the teachings of the Greek philosophers and the Kabbalah, Rabbi Abraham Yagel commented:

“This is obvious to anyone who has read what is written on the philosophy and principles of Democritus, and especially on Plato, the master of Aristotle, whose views are almost those of the Sages of Israel, and who on some issues almost seems to speak from the very mouth of the Kabbalists and in their language, without any blemish on his lips. And why shall we not hold these views, since they are ours, inherited from our ancestors by the Greeks, and down to this day great sages hold the views of Plato and great groups of students follow him, as is well known to anyone who has served the sage of the Academy and entered their studies, which are found in every land.”

While these claims may seem novel to the average reader, there is a great deal of evidence to substantiate it. In fact, Greek philosophy can be demonstrated to be merely an appropriation of the ideas of the Babylonian Magi, who in turn were influenced by early Jewish Kabbalistic ideas.

The subject of Persian or Babylonian influences had been a contentious one in the earlier part of the twentieth century. The subject currently continues to receive attention from several leading scholars, including Walter Burkert, and M.L. West.

On the whole, however, the idea has yet to penetrate into mainstream circles, because of a xenophobia which insists on the unique “genius” of the Greeks.

The most detailed examination of the matter had been conducted by the greatest of the last century’s scholars, Franz Cumont. His work, Les Mages Hellenisees, or the Hellenized Magi, a compendium of ancient sources on the subject, has received little attention in the English world, due to the fact that it has not been translated. This continues to mar criticism of his theories, as most critics have not read the brunt of his work.

Scholars have usually dismissed the possibility of Persian influence in Greece, because of the lack of similarity between Zoroastrian and Greek ideas.

However, what these scholars have failed to see, as Cumont has pointed out, is that those Magi the Greeks came into contact with were not orthodox, but heretics. The only way to reconstruct their doctrines is by accumulating the numerous remnants of comments about them in the ancient sources.

By reconstructing these pieces, we find that Magian doctrines are far removed from, or even inimical, to orthodox Zoroastrian ones.

Cumont discovered that these Magi practiced a combination of harsh dualism with elements of Babylonian astrology and magic, which composed a Zoroastrian heresy known as Zurvanism. It is in this strange recomposition of ideas that we find the first elements that characterized Greek philosophy.

Another component which Cumont failed to identify though, was that of Jewish influence. The Magi cult of astrology and magic emerged in Babylon in the sixth century, precisely that era during which a great and prominent part of the Jewish population was there in exile. We cannot ascertain who was responsible for the introduction of these ideas, but the Bible itself identifies Daniel with one of the “wisemen”. Whatever the case may be, these ideas do appear in a recognizable Magian form initially among the Essenes, and more particularly in Merkabah mysticism, which scholars identify as the beginnings of the Kabbalah.

There is little to examine the character of Jewish literature prior to the third century BC. Before that, it is in Greece were we find the elaboration of these ideas.

Greek philosophy first emerged in the Greek speaking cities of Ionia, in Asia Minor, which were then under Persian occupation. And yet, we continue to categorize it as “Greek” philosophy.

The first clear example of the penetration of these ideas were in the emergence of the Mysteries of Dionysus, which, according to Heraclitus, a philosopher of the fifth century BC, “were in imitation of the Magi”.

The legendary founder of the rites of Dionysus was known to have been Orpheus. Artapanus, a Jewish philosopher of the third century BC, declared of Moses that, “as a grown man he was called Musaeus by the Greeks. This Musaeus was the teacher of Orpheus.” Aristobulus, another Jewish philosopher from the same century, claimed that Orpheus was a follower of Moses, and quoted the following from an Orphic poem: “I will sing for those for whom it is lawful, but you uninitiate, close your doors, charged under the laws of the Righteous one, for the Divine has legislated for all alike. But you, son of the light-bearing moon, Musaeus (Moses), listen, for I proclaim the Truth.”

Orphism’s greatest exponent was Pythagoras, who then influenced the thought of Plato. Therefore, according to Momigliano, in Alien Wisdom, “it was Plato who made Persian wisdom thoroughly fashionable, though the exact place of Plato in the story is ambiguous and paradoxical.” i

Throughout the remaining centuries, Plato continued to be identified by Jewish mystics and Kabbalists as a student of their doctrines. According to Aristobulus:

“It is evident that Plato imitated our legislation and that he had investigated thoroughly each of the elements in it. For it had been translated by others before Demetrius Phalereus, before the conquests of Alexander and the Persians. The parts concerning the exodus of the Hebrews, our fellow countrymen, out of Egypt, the fame of all things that happened to them, the conquest of the land, and the detailed account of the entire legislation (were translated). So it is very clear that the philosopher mentioned above took many things (from it). For he was very learned, as was Pythagoras, who transferred many of our doctrines and integrated them into his own beliefs.”

It was in his Republic that Plato articulated the basis of the future totalitarian state, ruled by the elite, or “philosopher kings”, or “guardians”, instructed in the Kabbalah. Essentially, The Republic provided the basis for all future Illuminati projects, including communism, the elimination of marriage and the family, compulsory education, the use of eugenics by the state, and the employment of deceptive propaganda methods.

According to Plato, “all these women shall be wives in common to all the men, and not one of them shall live privately with any man; the children too should be held in common so that no parent shall know which is his own offspring, and no child shall know his parent.” ii This belief is associated with a need for eugenics, as “the best men must cohabit with the best women in as many cases as possible and the worst with the worst in the fewest, and that the offspring of the one must be reared and that of the other not, if the flock is to be as perfect as possible.” More pernicious still is his prescription for infanticide: “The offspring of the inferior, and any of those of the other sort who are born defective, they will properly dispose of in secret, so that no one will know what has become of them. That is the condition of preserving the purity of the guardians’ breed.”

It is for this reason that Plato has been at the center of all esoteric philosophy ever since, and been extolled by all the leading philosophers of the Illuminati, for whom he articulated the vision of a New World Order, like Kant, Hegel, Nietzsche, and recently, Leo Strauss, the guru of the neo-conservatives that have embarked America in proxy wars in the Middle East on behalf of Israel.

Strauss, like Plato, taught that within societies, some are fit to lead, while others only to be led. But for Strauss, it was Machiavelli who initiated the Enlightenment, by rejecting the purely theoretical world of Plato, in favor of a more practical interpretation of reality, thus creating political science. For Strauss, in accordance with Machiavellian thinking, virtue would not be applicable, because no regime could meet its standards. Rather, a new regime should be created, by accepting, understanding, and harnessing man’s tendency for self-interest, or “human nature”.

Strauss thought that those who are fit to rule are those who realize there is no morality. Therefore, Strauss believed the world to be a place where policy advisers may have to deceive their own publics, and even their rulers in order to protect their countries. If exposed to the absence of absolute truth, the masses would quickly succumb to nihilism or anarchy. They “can’t handle the truth”. Thus, according to Strauss, it is necessary to maintain these “pious frauds”, or “the Noble Lie”, as Plato would have referred to it.

Finally, like Thomas Hobbes, Strauss believed that the inherently aggressive nature of human beings could only be restrained by a powerful nationalistic state. In other words, Fascism. “Because mankind is intrinsically wicked, he has to be governed,” he once wrote. “Such governance can only be established, however, when men are united – and they can only be united against other people.” iiiAccording to Shadia Drury, in Leo Strauss and the American Right, “Strauss thinks that a political order can be stable only if it is united by an external threat.” Ultimately, as Drury clarifies, “following Machiavelli, he maintained that if no external threat exists then one has to be manufactured.” iv

Unabridged version: Plato and the Kabbalah 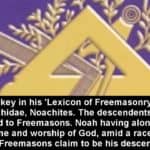 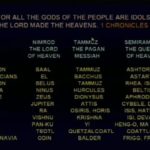