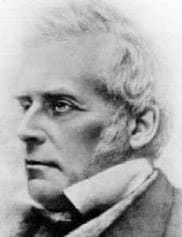 Have you ever wondered about the man who made the Pre-Tribulation rapture theory popular? To my amazement, there is quite a bit of information about him and the origin of the Pre-Trib Rapture.
Before I get started, I’d like for you to know that I am not an advocate for any particular theory. I haven’t studied it enough to decide what Scripture supports. I’ve listened to the opinions and what they feel Scripture supports, but I’m not passionate about one viewpoint. I don’t feel that if someone is incorrect about the timing of the Lord’s return, that this will or will not affect their salvation. I just plan to be ready, whenever the Lord chooses to take us up.

While I explained to you that I don’t have a particular viewpoint, did you ask yourself why? Simply put, I was unable to go through the mental gymnastics to come up with a conclusion. My mind is not analytical enough to endure the twists and turns. What I do understand is Jesus’ simple words in Matthew 24 – so I stick with that.

With this said, this study is merely centered upon the man, John Nelson Darby – and where he got his ideas – and where it all started.

John Nelson Darby (1800 – 1882) was an Anglo-Irish evangelist, and an influential figure among the original Plymouth Brethren. He is considered to be the father of modern Dispensationalism.

Dispensationalism –
“Darby is sometimes credited with originating, the “secret rapture” theory wherein Christ will suddenly remove His bride, the Church, from this world before the judgments of the tribulation. Dispensationalist beliefs about the fate of the Jews and the re-establishment of the Kingdom of Israel put dispensationalists at the forefront of Christian Zionism, because “God is able to graft them in again,” and they believe that in His grace he will do so according to their understanding of Old Testament prophecy. They believe that, while the ways of God may change, His purposes to bless Israel will never be forgotten, just as He has shown unmerited favour to the Church, He will do so to a remnant of Israel to fulfill all the promises made to the genetic seed of Abraham.”  Wikipedia

Darby was originally trained as a lawyer and was a member of the secret order of Freemasonry. His interest in Bible prophecy came out of what he learned in the lodge from the Jewish interpretation of the ages known as Cabalism. Being an alleged “Christian Mason” he arranged Cabalist theories with prophecy until he forged a new interpretation. He was fascinated by the Occult and believed that the doctrine of the Trinity was idolatry.

Darby was also trained at Trinity College in Dublin, but soon became dissatisfied with institutional Christianity and its various denominations. He started a small association devoted to Christian evangelism, and that group grew quickly, soon starting a second branch in Plymouth, England. By 1830 the group was given the name “The Plymouth Brethren,” and the association continued to grow to form a number of chapters.

The movement gained rapid popularity and spread. Darby attended the series of meetings on Bible Prophecy that began in 1830 at Powerscourt, Ireland, and at these conferences he apparently learned about the secret rapture as revealed by vision to Margaret McDonald, and promoted by Edward Irving, and he soon visited Margaret MacDonald at her home in Port Glasgow, Scotland.