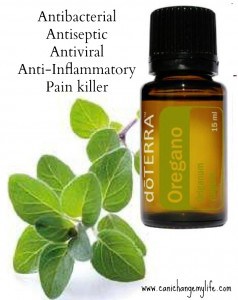 What can we do to protect ourselves and our families from Ebola?  Here are a few things I found.

Oregano oil and Clove oil are very strong anti-viral essential oils. Stock up on these in case you become infected.

Oregano and clove are too caustic to drink straight but you can rub them directly into the bottom of your feet to absorb into the bloodstream.

Remember to eat some yorgurth or some acidophilus because those two agents neutralize both good and bad bacteria in your body.

Rebalance once you get your health back.

The beneficial ingredient in Oregano Oil is Carvacrol.

According to Wikipedia, Carvacrol inhibits the growth of several bacteria strains.  The cause of the antimicrobial properties is believed to be disruption of the bacteria membrane.

The main constituents of the essential oil are phenylpropanoids such as Carvacrol, Thymol, Eugenol and Cinnamaldehyde. More on Clove Oil here 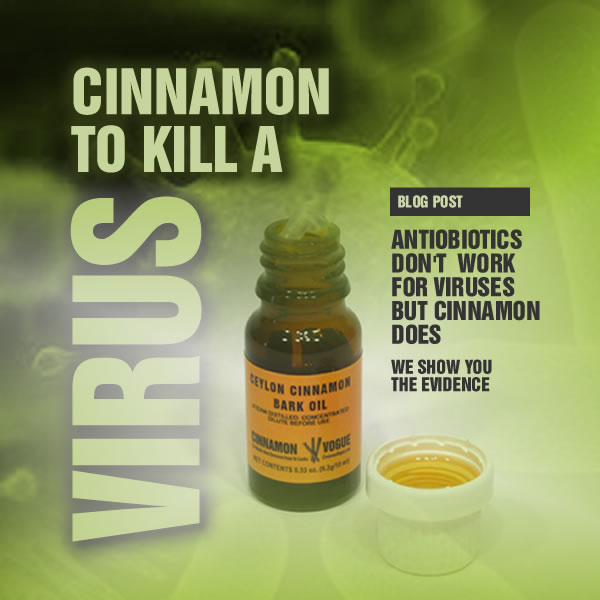 There is increasing evidence that Cinnamon kills viruses. Antibiotics do not work against viruses because they are not alive. A bacteria is a reproducing life form. A virus are DNA/RNA fragments  on a protein coat that has injected itself into a living cell and gets that cell to reproduce. That means killing those cells will essentially kill you. A viral drug works by stopping the viruses injecting themselves into the cells. A bacteria by comparison stands separate from a cell and can therefore be isolated killed separately without killing the cell.

With advent of the Ebola virus and other pandemics like SARS perhaps it is time to look for a natural solution. One such solution for a possible anti viral drug to kill a virus is cinnamon. Specifically Ceylon Cinnamon Bark Oil and maybe even Ceylon Cinnamon Leaf Oil. This would the super concentrated Cinnamon from the Cinnamon bark and the cinnamon leaves.

Cinnamon Bark Oil, distilled from the bark of the Ceylon Cinnamon Tree has high levels of Cinnamaldehyde (about 40%-60%) known for it’s wonderful medicinal properties from blood sugar control to powerful anti-bacterial properties that can penetrate the brain blood barrier when taken internally.

Cinnamon leaf Oil distilled from the leaves of the tree has much less cinnamaldehyde (about 15%) but it has another magical ingredient, Eugenol (about 40-75%) which is also an extremely powerful bacteria killer. The Leaf Oil is not as refined as the Bark Oil or smell as nice, but it’s much cheaper and great for topical applications, especially to kill anti biotic resistant bacteria. If you have gone for a hospital stay, this is the thing to take because it is effective against so many antibiotic resistant bacteria.

Cinnamon has been known mostly for its powerful anti-bacterial properties, and it is becoming evident that it could also be a virus fighter. Legend has it that during the 1918 influenza outbreak, workers at cinnamon factories seemed immune to the Spanish flu which decimated the population. According to this Stanford University article a popular remedy for the Spanish flu (a virus) was cinnamon in powder or oil form mixed with milk to reduce temperature.

HOW TO TAKE CINNAMON TO KILL A VIRUS

All the research is fine a dandy, but how do you take it to kill a Virus you ask. You can’t really swallow some Cinnamon Bark Oil or Leaf Oil.  Cinnamon Oils are so powerful, that more than a drop or two might burn your insides.

“Ordinary household bleach, soap and water are useful disinfectants against viruses causing VHF.6 They are low in cost and commonly available.”

Soap and Clean Water: Scrubbing with soap and water before disinfection removes infectious body fluids and other foreign matter from contaminated items. This makes bleach solutions more effective. Detailed instructions for preparing solutions of soapy water are in Section 5.2.

Sterilization: Heat sterilization requires special equipment, such as an autoclave or steam sterilizer. When this equipment is not working or is not available, boiling heat-resilient items in water for 20 minutes will kill VHF viruses.

How to Make An Essential Oil Protective Spray

(NaturalNews) Even though Ebola is a virus, it only makes sense to start clearing out any harmful bacteria in your digestive system in order for your immune system to function properly. This will allow it to do its job more efficiently, which is a must have when dealing with more deadly infections such as Ebola.

Antibacterial foods and herbs to consider, include:
(This list is not showing up on Internet Explorer; our apologies; we are working on it.)


A few of them are antiviral as well (like ginger, garlic, cranberry, colloidal silver, and Echinacea).

Also see at Natural News, “Top ten things you need to do now to protect yourself from an uncontrolled Ebola outbreak,”. Let’s add prayer to that list.

Not surprisingly, the (PAID) shills and disinformationists are posting on virtually every site and the FDA has already put out a warning against the claims of any natural ‘cures’, and gone as far as writing letters to 3 manufacturers of high quality, pure, essential oils:

This week the FDA sent warning letters to three companies the government agency says are selling products over the Internet that claim to treat, prevent or even cure the deadly disease. The letters were issued after an alert warning consumers about fraudulent Ebola products being hawked online went out last month.

“We have a program at FDA that monitors the Internet to look for health fraud products, products not approved by FDA that claim to cure or treat disease,” said Howard Sklamberg, the FDA’s deputy commissioner for global regulatory operations and policy. “We noticed that when there is a public health issue that really comes to the fore(front) — for example H1N1 a few years ago, and now Ebola — there tends to be an increase in health fraud products, which are products that claim to prevent, treat or cure disease and the product has not been approved by FDA.” CNN

Yet again, the message is “Don’t look to nutrition and God given herbs, look to the medical and pharmaceutical industry and the government (who apparently created ebola) for your answers!”