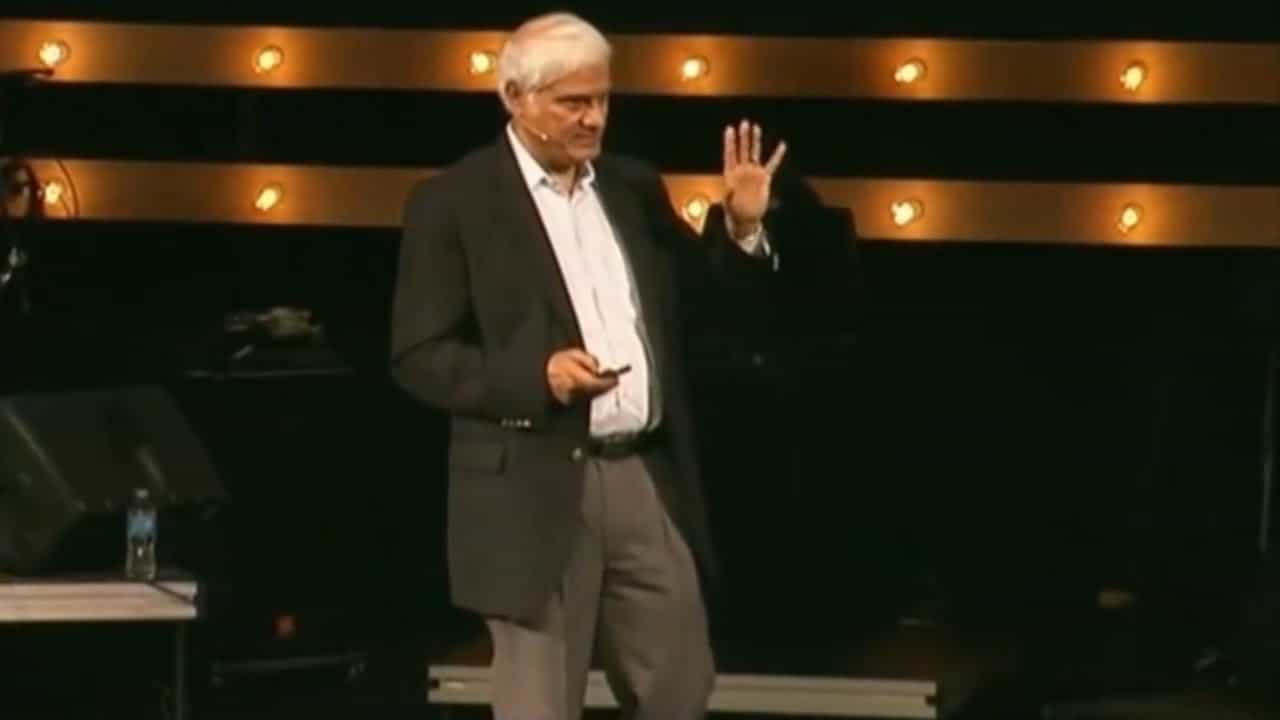 On Discerning Ravi Zacharias: It’s time to say what needs to be said

Ravi Zacharias is an Indian born,  Canadian-American Christian whose ministry is apologetics. Zacharias speaks at large gatherings, conferences, and events on the topics of Christianity and defending the faith. He also has a radio program, “Let My People Think.” He is well known for being intelligent, philosophical, and an excellent speaker in his command of the English language.

Even though there are some towering men of the faith, we must continue to do our duty and test all things against scripture. No one is immune from potential apostasy, error, or sin. Let us examine Mr Zacharias.

The link below brings you to an essay written in 2008. Since that time Ravi has descended further into questionable associations. At one point he praised Catholic Mystic Henry Nouwen, in addition to compromising on Mormon theology as you will read in the link below of that and other compromises

Though Ravi later retracted his endorsement of Nouwen and Merton here

But let’s take a look at his activity and statements over time, and compare to scripture.

2009: Ravi signed the ecumenical document called the Manhattan Declaration which calls for Catholics and Protestants to partner on moral issues (source). This is a violation of 2 Corinthians 6:14 and Ephesians 5:11.

2012: Ravi appears on Joyce Meyer Today, and says to Meyer, “God has used you” and calls her a ‘great bible teacher’ (youtube clip). This is a violation of one of the qualifications of elders, that they protect the sheep and remain in sound doctrine according to the biblical qualifications of teaching elders as per 1 Timothy 3:1-7 and Titus 1:5-9. His endorsement of Meyer was also a violation of the advice on Proverbs which says leaders use their wisdom to guide and lead. (Prov. 11:14; 24:6).

2014: Ravi waffles on age of earth, Ken Ham has response. This denies the clear and straightforward text of Genesis and is a setting aside of Romans 15:4.

2015: Credible allegations were made that Ravi has allegedly inflated/exaggerated/misrepresented his scholarly credentials. Proverbs 19:9 says he who breathes out lies will perish. When the allegations surfaced, certain information was immediately removed from the Ravi Zacharias International Ministries (RZIM) website. The allegations claimed,

-He was not a visiting scholar at Cambridge.
-He refers to himself as Dr Zacharias yet has no earned doctoral degree, they are all conferred.
-He claims to have lectured at the world’s most prestigious universities.
-He claims to be a scholar yet has published nothing in scholarly journals and does not have peer reviewed research.

Next, sadly, from the RZIM FAQ page,
Ravi Zacharias Ministry holds no official theological position on:

Creation: “RZIM does not have an official ministry position on the age of the earth. The focus of RZIM is apologetics and evangelism, and thus we do not address particular questions about creation…”

Calvinism v. Arminianism: “RZIM does not have an official ministry position on the doctrines of Calvinism or Arminianism, and we have staff members holding to a variety of views in both of these doctrinal traditions.” (PS you’ll notice errors in their explanation of Calvinism on the linked page)

Eschatology: “Dr. Zacharias has not spoken on matters relating to the end times, nor does RZIM endorse any official view on matters of eschatology.”

Catholicism: “RZIM does not have an official ministry position on the doctrines of the Catholic tradition; RZIM focuses its ministry on evangelism and apologetics and strives to stay true to that vision. Some of Ravi Zacharias’s favorite authors are Catholic (namely G.K. Chesterton and Malcolm Muggeridge), yet he recognizes that there are significant doctrinal differences between Protestants and Catholics.” [doctrinal differences?!?!]

Erm, kind of hard to engage in solid apologetics without an official position on 3/4 of the bible’s doctrines.

2016: In April 2015, Ravi Zacharias was part of a conference which was set to scrutinize The New Apostolic Reformation, during the Worldview Apologetics Conference held at Antioch Bible Church in Redmond. The co-authors of two books outing the NAR (R. Douglas Gievett, professor of philosophy in the Talbot School of Theology at Biola University, and Holly Pivec, journalist) wrote the following at their blog:

My co-author, Doug Geivett, will speak alongside other high-profile evangelicals–including Ravi Zacharias, Norman Geisler, and Calvin Beisner–who will present on other important topics. Doug will give two presentations on the NAR, titled “The New Apostolic Reformation: What You Need to Know” and “God’s Super-Apostles: Where They Fall Short.”

And yet in January 2016 Ravi will partner with Domininist/NAR teachers at a conference called Synergize, the very movement a previous conference which Ravi attended that had sessions exposing these people as false teachers.

Finally, the smooth talk. If you listen to enough of Zacharias you notice he uses mostly rhetorical contrivances, philosophy, and looong anecdotes but not a whole lot of Bible. He is an ecumenical philosopher, not a solid apologist. The reason he uses fine sounding arguments and rhetorical tricks is that he is the kind of man Paul is describing being the opposite of himself, in 1 Corinthians 2:4-5,

and my message and my preaching were not in persuasive words of wisdom, (like Ravi) but in demonstration of the Spirit and of power, 5so that your faith would not rest on the wisdom of men, (Ravi again) but on the power of God. (as Paul does).

Now, I mentioned before that immediately after salvation and before I got into a church I listened to Joel Osteen every week and I loved it. I used to take notes on Osteen’s speech from a rhetorician’s point of view, noting the tone, cadence, speed, and specific language used to hold the audience in his hand. He is a wonderful speaker. I stopped thinking it was so wonderful when I finally got a clue and opened my bible and compared what Osteen was teaching to the Word. Then the scales fell off.

I also personally attended a Ravi Zacharias speech in Athens GA soon after I was converted and I loved that too. Why? Same reason I initially liked Osteen. I have a particular affinity for men who can speak eloquently. I have always loved language, rhetoric, persuasion, metaphor…both my undergraduate and graduate degree are in literacy. When a smooth talking man comes along who uses language so well, it bamboozles me and I get starry eyed for the language, not the ideas behind the language. I was a Romans 16:18 gal.

I tell you this so that no one may deceive you by fine-sounding arguments. (Colossians 2:4)

What does everyone say when they mention Ravi Zacharias? “The Spirit is powerfully using Ravi!” No, but they do say, “Ravi’s so smart!” What would people say if they had heard Paul preach, who is just as smart as Ravi if not smarter? “Paul’s so smart!” or would they say, “Paul preaches in the power of the Spirit of God!” They would say the latter, and they did (1 Corinthians 2:4).