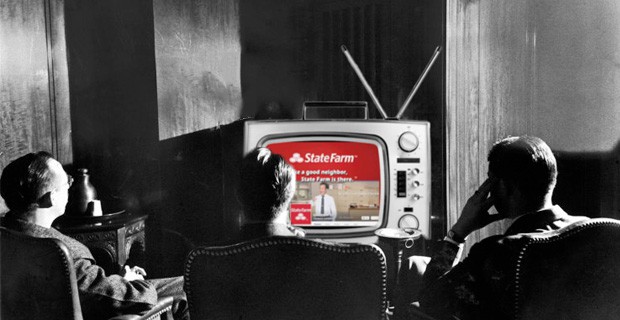 Schneider has guts and intelligence. Which of his Hollywood buddies will come to his defense?

“State Farm Insurance will no longer run a television advertisement starring Rob Schneider because of the actor’s anti-vaccination views. The move comes after a social media campaign called for Schneider to be dropped as a spokesperson.

“Phil Supple, the insurance company’s director of public affairs, told PR Week, ‘[Schneider’s] ad has unintentionally been used as a platform for discussion unrelated to the products and services we provide,’ he said. ‘With that, we are working to remove the ad from our rotation at this time.’

“Schneider reprised his popular ‘Saturday Night Live’ character ‘the Copy Guy’ for the State Farm campaign. But it didn’t go over well with some viewers, and the social media pages ‘Science Babe’ and ‘Chow Babe’ are being credited with starting the push for State Farm to pull the ads.

“’State Farm provides health insurance, and nothing ensures public health more than getting vaccinated,’” the video says. ‘It is time to end the anti-vaccination movement; with your help, we can elicit change.’”

So there you have it.

Schneider also released a statement a couple of weeks ago, stressing the importance of CDC whistleblower William Thompson’s confession of fraud—Thompson and co-authors cooked the data on a 2004 study that should have, but didn’t, point to an MMR-vaccine autism connection.

Schneider has guts and intelligence. Which of his Hollywood buddies will come to his defense?

Don’t hold your breath. I’m sure they’re staying away in droves, protecting their careers.

With rare exceptions, showbiz people absolutely must toe the line when it comes to medical matters. Support the establishment. Stump for unconscionable research on toxic treatments.

Vaccines damage the brains of children? An inconvenient truth that needs to be brushed aside.

And of course, there is this: On State Farm’s website, read a friendly greeting: “Relax…We Have Health Insurance Plans to Meet Your Needs.”

You might write them: “I like Rob Schneider’s ads. By the way, as a responsible parent, if I want to protect my child from brain damage, and therefore don’t vaccinate, can I still get health coverage from you?”

The author of three explosive collections, THE MATRIX REVEALED, EXIT FROM THE MATRIX, and POWER OUTSIDE THE MATRIX, Jon was a candidate for a US Congressional seat in the 29th District of California. He maintains a consulting practice for private clients, the purpose of which is the expansion of personal creative power. Nominated for a Pulitzer Prize, he has worked as an investigative reporter for 30 years, writing articles on politics, medicine, and health for CBS Healthwatch, LA Weekly, Spin Magazine, Stern, and other newspapers and magazines in the US and Europe. Jon has delivered lectures and seminars on global politics, health, logic, and creative power to audiences around the world. You can sign up for his free emails at NoMoreFakeNews.com.