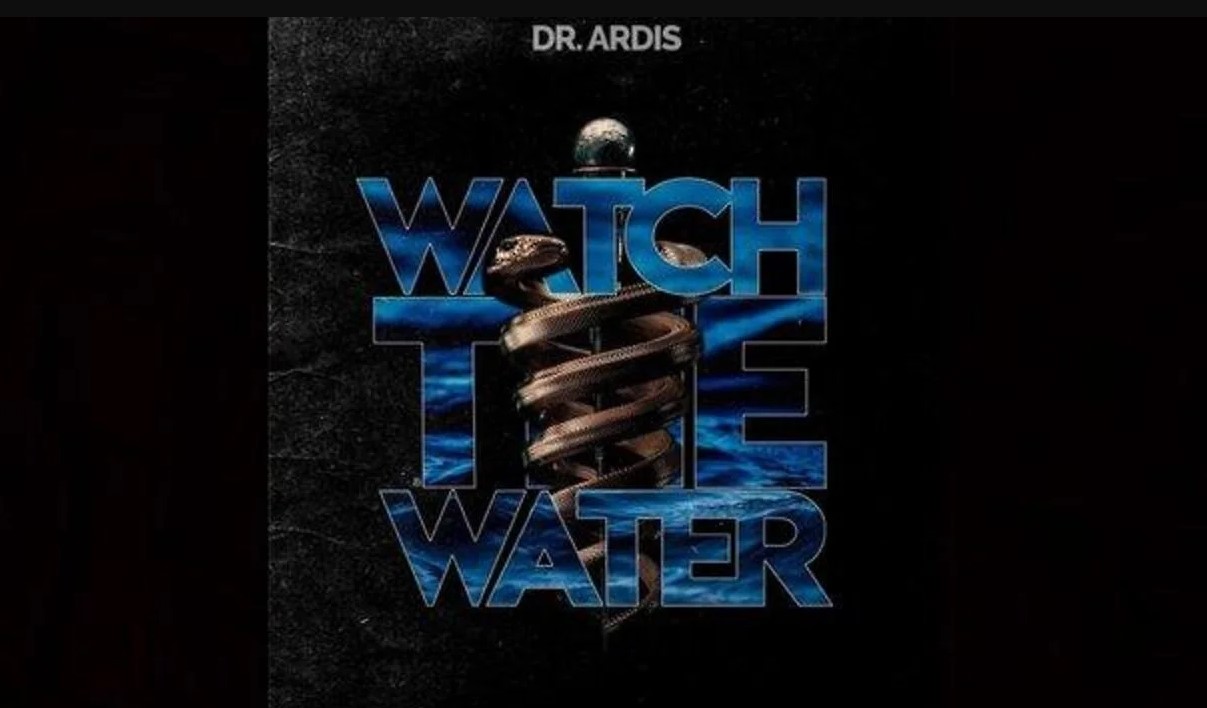 Additionally, it turns out that the term “Watch the water” / #watchthewater is a Q term mentioned in Q drops (765 and 847). Theories being that it referred to a missile launch, the poisoning of the US water supply and that it involved THE WATERMARK on election ballots. 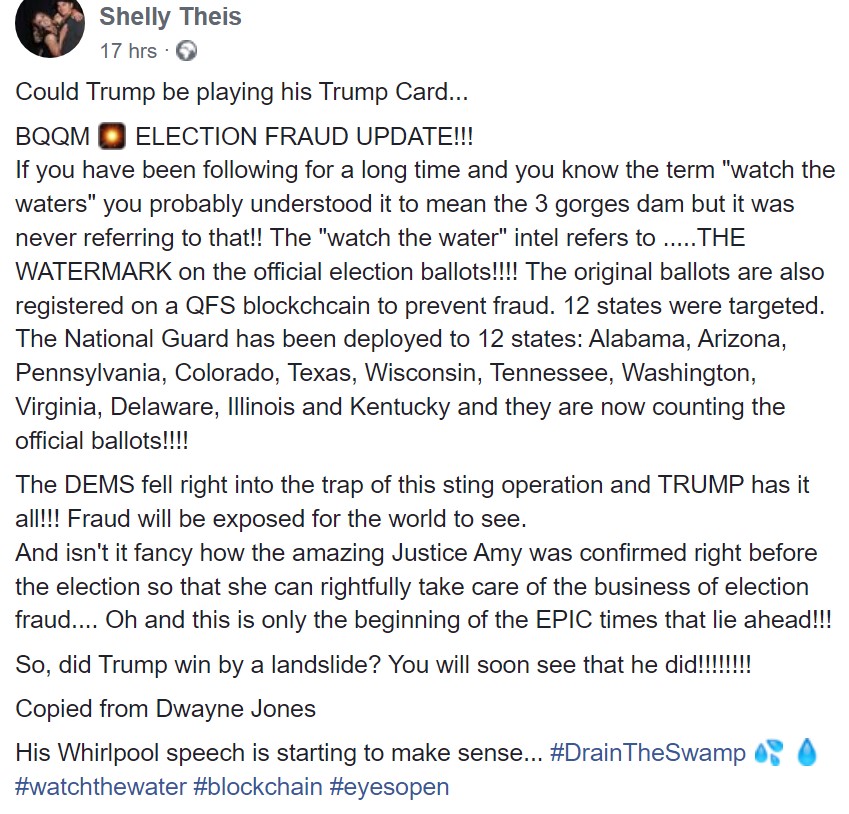 By His breath the heavens are cleared;
His hand has pierced the fleeing serpent. (Job 26:13)

Here is the now viral video of Dr. Ardis disclosing that COVID is actually snake venom:

From the video description:

“The plandemic continues, but its origins are still a nefarious mystery. How did the world get sick, how did Covid really spread, and did the Satanic elite tell the world about this bioweapon ahead of time? Dr. Bryan Ardis (www.ardisantidote.com) has unveiled a shocking connection between this pandemic and the eternal battle of good and evil which began in the Garden of Eden.

Since I shared it yesterday morning, this dramatic documentary quickly went viral, creating arguments both supporting and dismissing Ardis’ credentials and claims. It’s becoming exhausting for believers to try and sort through the deceptions.

Is ANYONE telling the truth?!

So, let’s take a closer look at this video. To start off, yes, Remdesivir is as toxic as Ardis claims. But then, like other “truth community” doctors, he talks about mRNA and the “Spike Protein.” I showed in my DNA series, these “enlighteners” have Freemasonic, New Age connections. He also offers a creative explanation of the role Graphene Oxide & Nanotechnology play in the “vaccine,” when, according to controlled opposition group Cinco Columna, GO  is the sole ingredient.

Some therefore cried one thing, and some another: for the assembly was confused; and the more part knew not wherefore they were come together. (Acts 19:32)

In another video Ardis said that he believes that Pope Francis and the Roman Catholic Church are behind COVID and the COVID shots. From the video,

“I am concerned that no one is acknowledging who the real threat is… I actually think the Roman Catholic Church and the pope, Pope Francis, is over this entire thing.”

With a smattering of “Jesus” thrown in, the viral video appearing on the Stew Peters show tells us that this is the Madej, Martin, Vigano “right wing” controlled opposition camp again. Here is Conservative Mike Adams, (New Ager) interviewing Ardis.

It’s also significant that this news is coming from mainstream media sources, like this report from ABC15 News:

(You’ll need a Chrome browser to view this video ☝)

“We found evidence that there was an enzyme, a snake-like enzyme, in the blood of people who were in extraordinarily high levels,” says Dr. Floyd Chilton, the senior author of the study with the University of Arizona, College of Agriculture and Life Sciences.

It’s interesting that Ardis has pricey, well-packaged products available to protect us from snake venom. Hmmm… 🤔 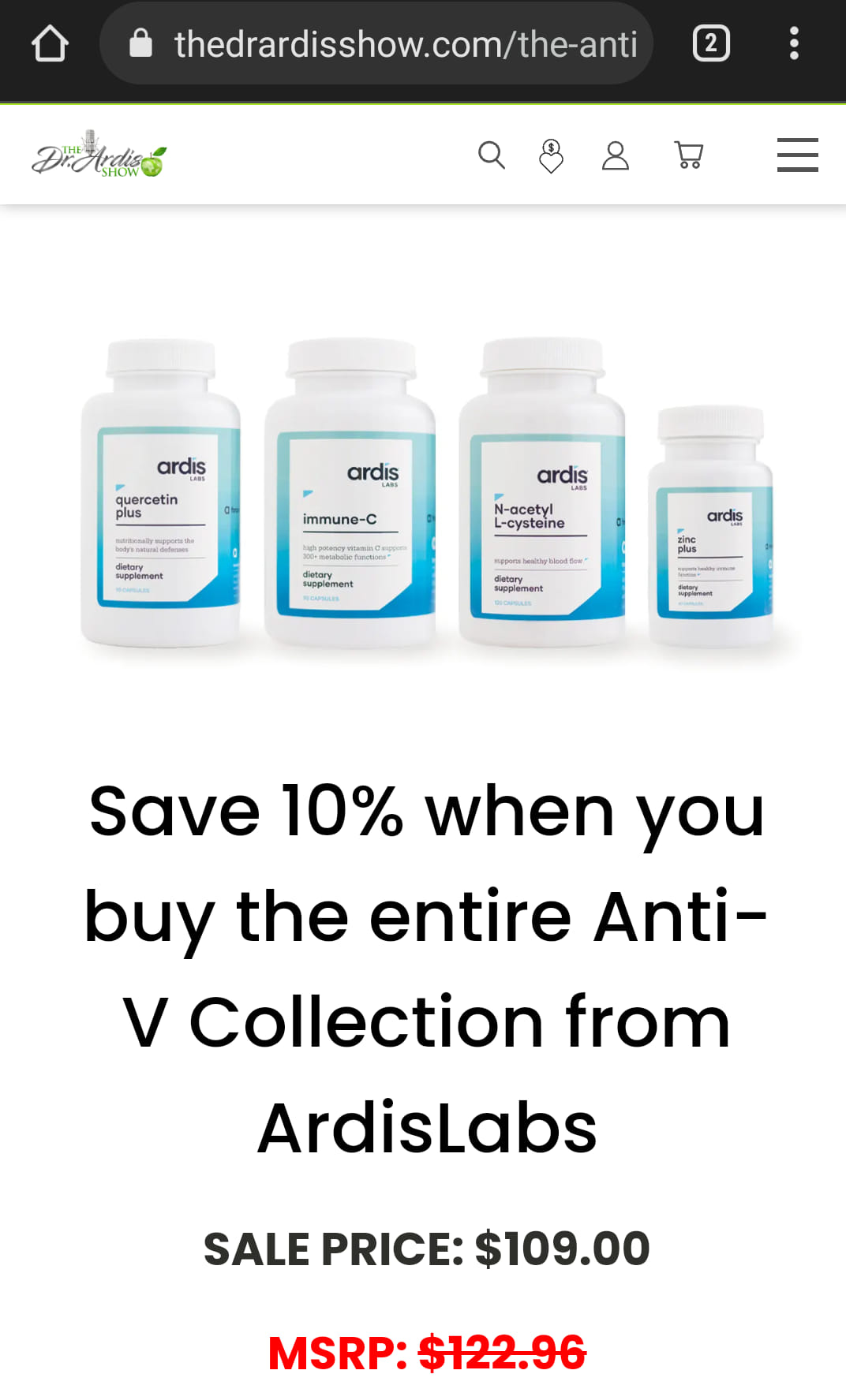 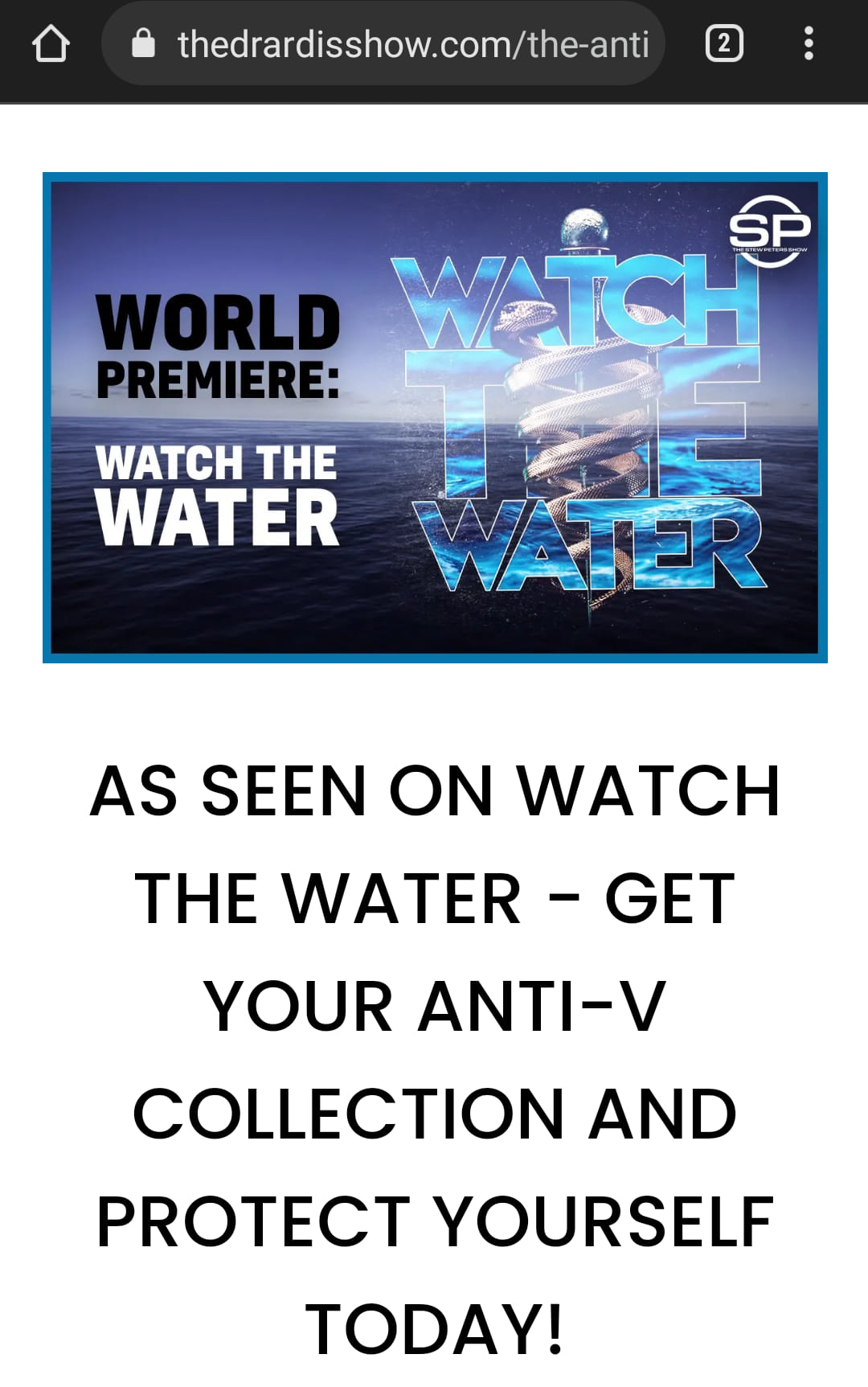 While there may be some truth to Ardis’ claims, the SYMBOLISM is clear as they “expose/externalization” the dark side. As ever, satan is steering our focus to the natural/seen world as the real battle happens in the spiritual.

Compare to the Science-based World Council for Health logo.

I’m also not at all sure I buy the poison being in the water when it could easily be disbursed with chemtrails or by other means, like our food supply. Consider the fake SERPENT head topography beneath THE WATER at the “variant islands” on the Antarctic Peninsula. 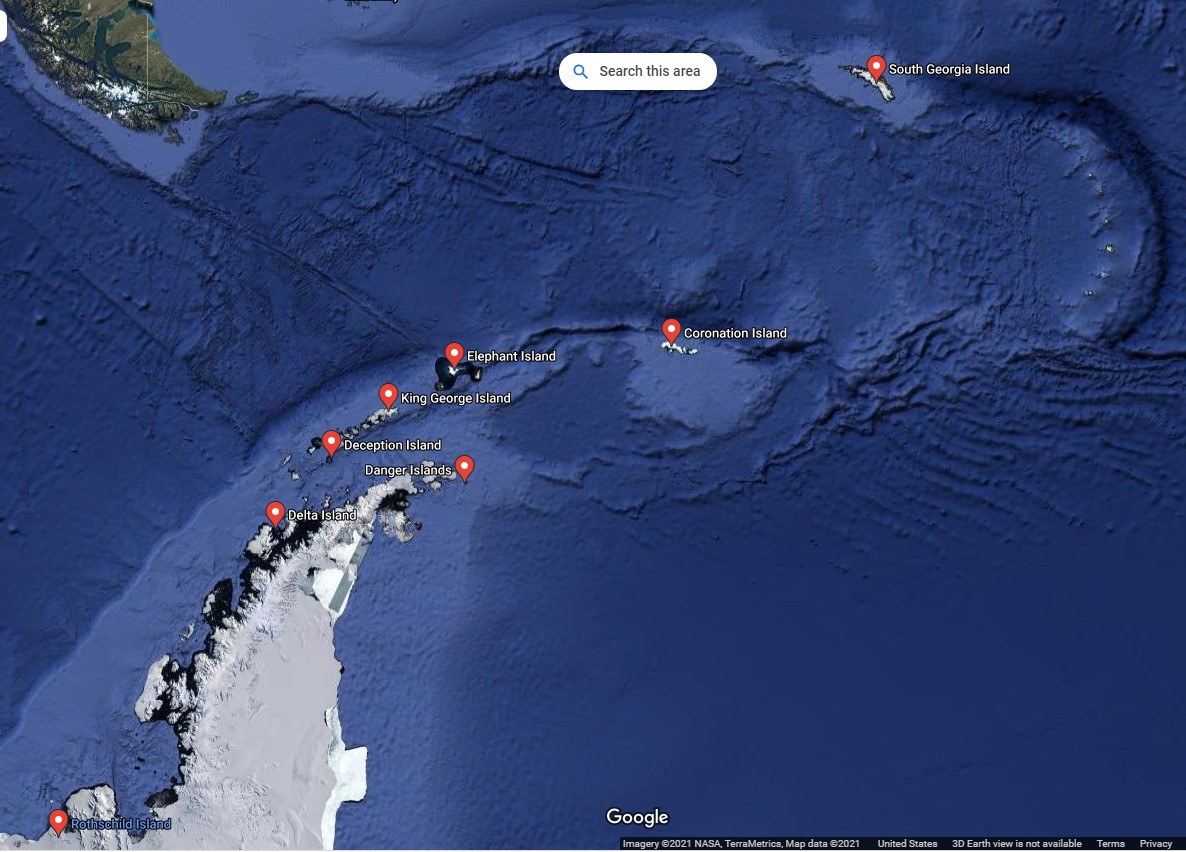 And the serpent cast out of his mouth water as a flood after the woman, that he might cause her to be carried away of the flood. (Rev 12:15)

Now Ardis himself is saying it isn’t in the water:

There was no mistake in the naming of this documentary. “The Water” has been emblazoned on people’s minds.

As this evil increases, the “light” side will rise against the “dark” like the Phoenix (the American eagle is actually a Phoenix) rising from the ashes.

What will look like great news will be an even greater evil.

Do not rejoice, O Philistia, all of you,
Because the rod that struck you is broken;
For from the serpent’s root a viper will come out,
And its fruit will be a flying serpent. (Isa 14:29)

Is COVID actually snake venom? I don’t know, but there’s definitely more here than meets the eye with this video. As always, our job is to remember who and whose we are.

And these signs shall follow them that believe; In my name shall they cast out devils; they shall speak with new tongues; They will pick up serpents, and if they drink any deadly poison, it will not hurt them; they will lay hands on the sick, and they will recover. (Mk 16:17-18)

But when Paul had gathered a bundle of sticks and laid them on the fire, a viper came out because of the heat and fastened itself on his hand. When the natives saw the creature hanging from his hand, they began saying to one another, “Undoubtedly this man is a murderer, and though he has been saved from the sea, justice has not allowed him to live.” However he shook the creature off into the fire and suffered no harm. (Acts 28:3-6)

Since therefore the children share in flesh and blood, he himself likewise partook of the same things, that through death he might destroy the one who has the power of death, that is, the devil, and deliver all those who through fear of death were subject to lifelong slavery. (Heb 2:14-15)