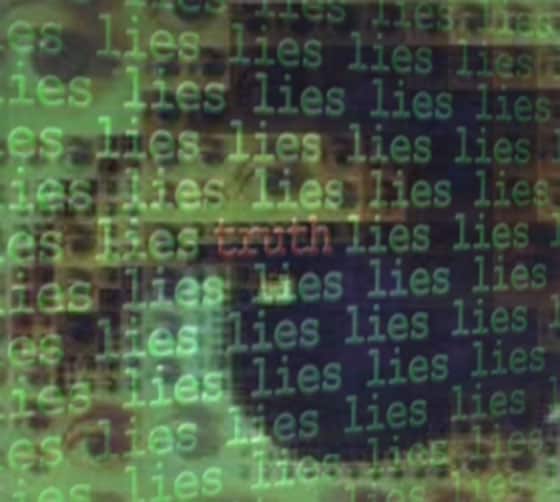 As believers we’re quite aware of the nature of the ‘esoteric powers manipulating our world’ as well as our authority in Christ to stand against them. We know that God told his prophets about these days long ago and that the only thing that will destroy evil and bring peace to this planet is the physical return of Jesus Christ. It’s disheartening that more and more of the world is becoming aware of the signs of the times while most of the church is still in this mode:

Isn’t it obvious that there is a significant global awakening happening? Just as the Mayans predicted so many years ago, the apocalypse would become apparent in 2012. But many misinterpret the apocalypse to be the end of the world, when in fact it actually means an “un-covering, a revelation of something hidden.”

As many continue to argue the accuracy of the Mayan calendar, it can no longer be argued that a great many people are finally becoming aware of what has been hidden from them for so long. Of course this awakening is not an overnight process. It takes time to peel away the many layers of lies to get to the core of the ultimate truths.

It would be beyond pretentious for us to claim to know all of the secrets of the universe. We don’t. Everyday we are humbled by what we don’t yet know.

However, it is becoming clearer by the day what isn’t true. And by that measure alone, it is possible to determine if you’re one of the people beginning to wake up.

Here are ten signs you may be fully awake:

2. You understand that the Federal Reserve, or international central banking more broadly, is the engine of our economic problems: Debt slavery is the totalitarian force that threatens all of humanity, not some temporary political puppet or some greedy Wall Street trader. When a small group of people have the ability to create wealth out of nothing and charge interest on it, they have the ability to enslave the planet to their ownership despite what type of government a country claims to have.

3. You know that preemptive war is never necessary:  When we realize that self-defense is the only acceptable form of violence, then we become awakened human beings. To suggest war because someone is different from you, or they may pose a threat in the future is simply ludicrous. And when did the idea of bombing civilians become humanitarian? No one wants war except for the immoral creeps that benefit from it.

4. You know that you’re being systematically poisoned, how, by whom, and why: Admittedly, there’s a lot to learn in terms of how we are secretly being poisoned. But the fact remains that we are being systematically poisoned, and it is likely for the deliberate purpose of dumbing us down and, ultimately, culling the population. Who could believe anyone is so evil to do that to innocent people, you may ask. Well, once you begin to seek the answer to that question, you’re one step closer to enlightenment.

5. You understand that government can never legislate morality, nor should they: When you realize the role of government is only to protect your liberty and work for the well being of the citizens, you’re awakened. There should be one simple law regulating morality: Do no harm. Thus, it’s impossible for the government to enforce morality with guns, cages, and taxes because those clearly cause severe harm to your liberty and our well-being.

6. You know that the mainstream media is wholly owned and manipulated by the ruling elite: Adwindling number of people still actually believe what they hear coming from the establishment media as if it’s gospel, even when they already accept that they are bought and paid for by the elite controllers. Yet, recognizing that they are nothing more than a propaganda machine and a form of mind control are the first steps in being able to critically think beyond the scientific messaging they broadcast.

7. You know that your neighbors are not your enemy even if you have fierce ideological disagreements: This is perhaps the most difficult thing to overcome in the awakening process. But it’s vital to understand that your neighbors have been indoctrinated and hypnotized like the rest of the us, until someone helps shine a light on inconsistencies in our thoughts and beliefs. Most of their ideas are not their own. They are suffering just like the rest of us. It’s okay to condemn their actions if they’re harmful, but those who are awake will not give up on spreading information that can enlighten those who might still be in the dark. None of us were born “awake” and all of us can learn even more.

8. You know that the endgame is one-world control of planet Earth: Once you understand that the endgame for the ruling elite is to have complete control of all vital facets of society through a global government, one-world currency, international armed forces, and so on, it is simple to see through the lies and propaganda surrounding even the most confusing world events. You will never go back to sleep when you fully accept this reality.

9. You recognize that there are esoteric powers manipulating our physical world: Whether you’re a religious or spiritual person, scientific or just plain curious, there are many theories about an invisible force at play in all of this. Obviously it’s impossible to prove exactly what it is. You may not want to believe it, but the ruling elite takes their occult rituals deadly serious. And they likely know something we don’t. Just by keeping an open mind about this possibility, you’ll forever keep an open mind about the things we can actually see, hear, taste and touch. Current science has shown that we can only “see” what the visible light spectrum reveals, which amounts to the tiniest fraction of all that can theoretically be seen within the full spectrum of energy. Part of any awakening is realizing that there is much more that is possible than impossible.