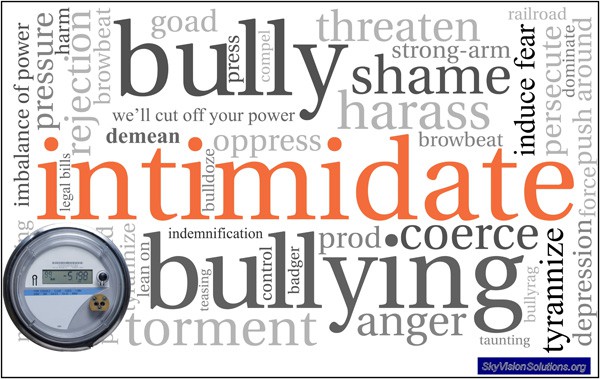 I spoke with the office of Kevin Mottus of the California Brain Tumor Trust and California anti-smart meter/anti 5G advocate and learned of TWO NEW CONCLUSIVE STUDIES (March 2018) connecting pulsed/non-ionized radiation (such as that emitted by cell phones and smart meters) and cancer.

I URGE YOU TO TAKE TIME TO READ THESE STUDIES, DOWNLOAD THEM AND SHARE THEM WITH DOCTORS, SENATORS, LOCAL OFFICIALS AND REPRESENTATIVES!!

THESE PEOPLE NEED TO BE MADE AWARE OF THE DANGERS THESE TECHNOLOGIES PRESENT!

WE NEED TO MAKE SOME NOISE!

“The NTP report linking radiofrequency radiation (RFR) to two types of cancer marks a paradigm shift in our understanding of radiation and cancer risk. The findings are unexpected; we wouldn’t reasonably expect non-ionizing radiation to cause these tumors. This is a striking example of why serious study is so important in evaluating cancer risk. It’s interesting to note that EARLY STUDIES ON THE LINK BETWEEN LUNG CANCER AND SMOKING HAD SIMILAR RESISTENCE, SINCE THEORETICAL ARGUMENTS AT THE TIME SUGGESTED THAT THERE COULD NOT BE A LINK .” – source – http://pressroom.cancer.org/NTP2016 (emph, caps and red added)

I filed a complaint/appeal over CEMC’s decision to shut off my electricity with the Tennessee Utility Commission. Here is the letter I sent them, which states in part:

“I am appealing CEMC’s decision to illegally shut off my power in lieu of 2016 Tennessee Code / Title 65 – Public Utilities and Carriers / Chapter 4 – Regulation of Public Utilities by Authority / Part 1 – General Provisions / § 65-4-115. Unjust practices and unsafe services prohibited, which states:

CEMC has failed to provide any proof that PULSED RADIATION EMITTING smart meters are safe.”…

Friends, I covet your prayers in this battle. Not only for my health, but for the health of millions of men, women and children who don’t even know about this assault on their health.

Speak the truth even if your voice shakes!

Wednesday morning two CEMC employees appeared at my door unannounced. They told me that if I didn’t let them install a smart meter on my home, my electricity would be shut off. They handed me a time-stamped letter giving me 15 days to comply, or else.

Last June I refused the installation of a smart meter on my home. To protect myself from them coming back and installing it anyway, I downloaded Jerry Day’s letter (found on freedomtaker.com) modified it per the instructions, and sent copies by certified mail to the people in charge of the smart meter roll out in Tennessee, the state attorney general and the governor. It amounted to 31 certified letters, so it was no small effort.

I hope you’ll take a minute to look at the letter (linked above). It demonstrates how the roll out of these meters is a violation of our constitutional rights.

It’s been nearly a year since I sent the letters out and I thought I’d heard the last of it. But Wednesday morning, two CEMC employees appeared at my door unannounced, telling me that if I don’t let them install a smart meter on my home my electricity will be shut off. They gave me a time stamped letter giving me 15 days to comply.

I told them about about my brain tumor. I told them installation of a smart meter would make me sick.

They said, “We’re sorry about that.”

I did a little research and found that Tennessee currently has a bill in process (SB1679) that would give customers the right to opt out of smart meter installation. The bill has been set aside to review through the summer. The timing is no coincidence. They’re rushing installation before residence have an opt out in place.

Smart meters are a danger to everyone, most significantly to unborn children and babies. In my case, an RF radiation saturated environment are what resulted my brain tumor in 2011 (video). This is no small thing to me. 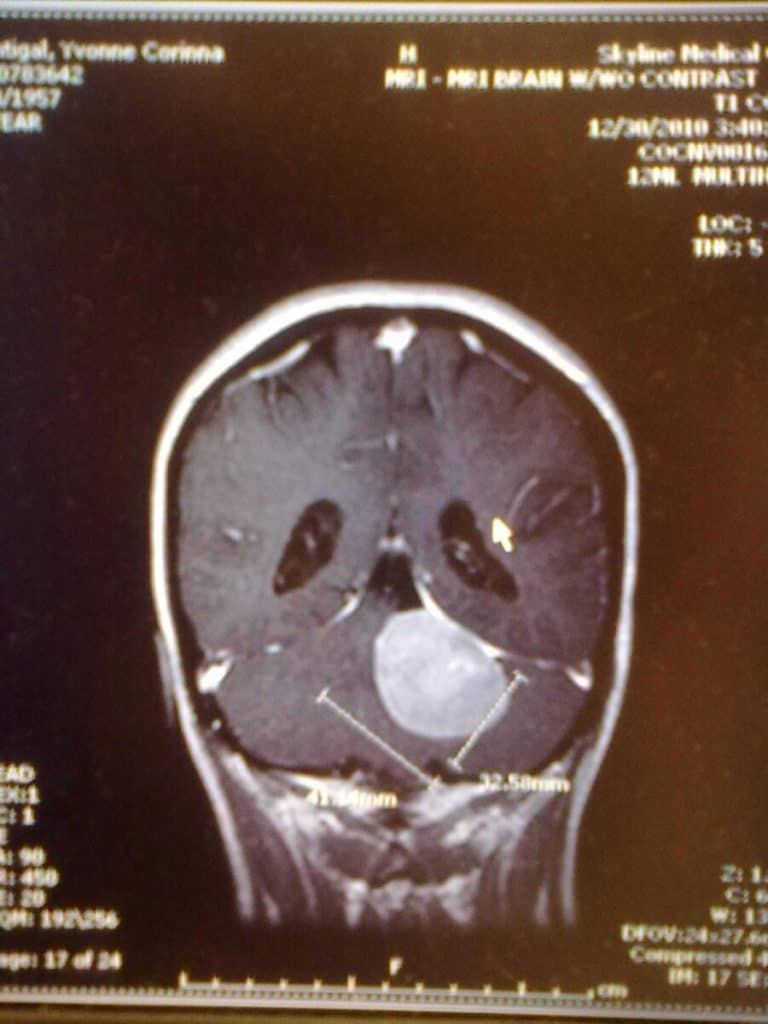 I am now EMF sensitive. That means when I’m around EMF wave, like internet routers, smart tv’s, smart meters, in malls, stores, etc, I get dizzy and quickly develop a headache. I do not have wireless internet in my home, use hardwired phones, and my cell phone is always in another room unless I’m sparingly using it (a little frustrating for people trying to get hold of me.) I wallpapered my bedroom in (ugly) aluminum screen to create a “faraday cage” to protect me from the neighbor’s smart meter.

Not everyone becomes symptomatic right away, but RF radiation does not discriminate. All cells are affected. In my case, if they install a smart meter on my home it WILL ABSOLUTELY MAKE ME SICK.

How is it possible that a utility company not only has the wanton lack of concern about endangering a customer’s health, but the POWER to force the installation of a device that will knowingly them sick ?

“The right of the people to be SECURE IN THEIR PERSONS, HOUSES, papers, and effects, AGAINST UNREASONABLE SEARCHES and seizures shall not be violated, and no warrants shall issue, but upon probable cause, supported by oath or affirmation, and particularly describing the place to be searched, and the persons or things to be seized.”

The very core of the fourth amendment is the right of a citizen to retreat into the security of his own home, safe from unreasonable government intrusion.

And yet, in cool defiance of these rights, the smart meter roll out continues! Here is some information that might surprise you from Take Back Your Power.

“The plan involves achieving a greater and greater level of granularity and extraction of in-home data over time — see #5 and #6 below as examples (as well as my article on Google’s Nest acquisition).  So as far as privacy and surveillance go, according to utilities’ own documentation and writings, ‘smart’ meters are effectively a trojan horse.” – Josh Del Sol


“With smart meters, police will have access to data that might be used to track residents’ daily lives and routines while in their homes, including their eating, sleeping, and showering habits, what appliances they use and when, and whether they prefer the television to the treadmill, among a host of other details.”

“First, the privacy concerns are real, and should be addressed proactively in order to protect consumers. Second and related, a salient privacy invasion—were it to happen and get press—could create significant opposition to smart grid deployment efforts.”

“Our action today will protect the privacy and security of customer usage data while enabling utilities and authorized third-parties to use the information to provide useful energy management and conservation services to customers.”

“I support today’s decision because it adopts reasonable privacy and security rules and expands consumer and third-party access to electricity usage and pricing information. I hope this decision stimulates market interest”

California’s electric utilities last year disclosed the energy-use records and other personal information of thousands of customers, according to reports the companies filed with state regulators.

The vast majority of those disclosures – 4,062 – were made by one utility, San Diego Gas and Electric Co. In 4,000 of those cases, the information was subpoenaed by government agencies.

New digital smart meters being installed throughout the state can measure a home’s energy use hour by hour, showing when residents leave for work, go to sleep or travel on vacation. Older analog meters, which measured cumulative energy use over the course of a month, couldn’t do that.

“Before smart meters, what happened inside houses couldn’t be revealed unless there was a police officer inside with a warrant,” Ozer said.

Under the heading “Transformational (10+ years)”:

“‘Items of interest will be located, identified, monitored, and remotely controlled through technologies such as radio-frequency identification, sensor networks, tiny embedded servers, and energy harvesters — all connected to the next-generation internet using abundant, low-cost, and high-power computing,’ Petraeus said, ‘the latter now going to cloud computing, in many areas greater and greater supercomputing, and, ultimately, heading to quantum computing.

“Petraeus allowed that these household spy devices “change our notions of secrecy” and prompt a rethink of “our notions of identity and secrecy.” All of which is true — if convenient for a CIA director.”

If the idea of all this surveillance doesn’t concern you and you figure that you have nothing to hide, consider the words of Edward Snowden:

“Even if you’re not doing anything wrong you’re being watched and recorded and the storage capabilities of these systems increases consistently.

You don’t have to have done anything wrong, you just have to fall under suspicion by someone, even wrongly.

They can use this system to go back in time and scrutinize every decision you’re ever made…and attack you on that basis…derive suspicion from an innocent life and paint anyone into context of a wrongdoer.”

As far as how they are legally squeezing these installations through:

“The following is actually written into the California Civil Code. Not only do these provide a strong clue at how the corporatocracy functions (and gets away with what it does), but they also outline a basis for remedy: (notes in red italics)

3515. He who consents to an act is not wronged by it. (The way they do business is in writing. If you didn’t send them a letter or notice to remove your consent, you have agreed to their terms, and thus have agreed to a reduction in rights.) *I DID SEND A LETTER VOICING MY NON-CONSENT.

3521. He who takes the benefit must bear the burden.  (Utilities and their executives – and many public servants – are taking the benefit.  They must, according to their law, accept the liability for all harm if the liability is enforced.) , *My letter addressed the utility’s LIABILITY for harm if a smart meter was installed on my home.

3523. For every wrong there is a remedy.  (We are not bound into something which would have us be as slaves, if we do not want to be.)” – source

There ARE lawmakers fighting this, such as Senator Mark Green of Tennessee and Senator Patrick Colbeck of Michigan. Pray for these men! 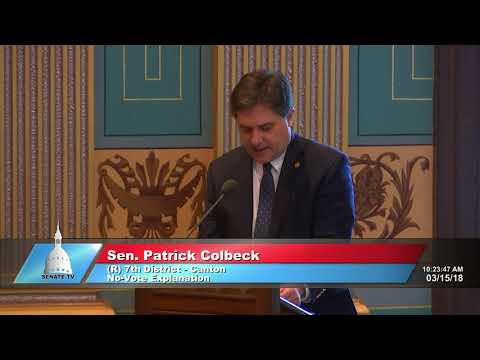 New Mexico kept the ability for residents to opt out of smart meters:

Finally, here’s a video showing the levels of RF exposure in the average home. I own one of these analyzers. Readings in my home were identical to those shown in this video. 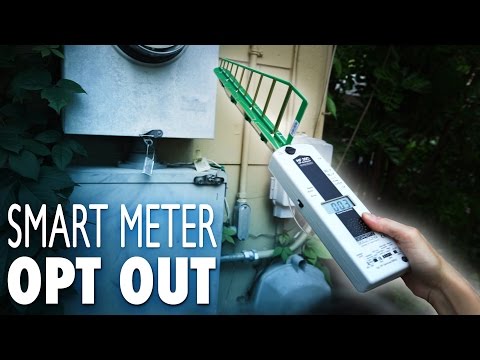 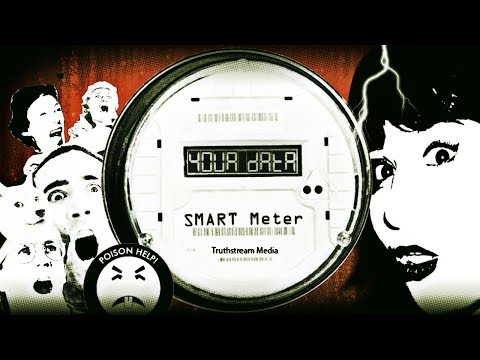 I’ll keep you updated on my smart meter battle to help equip you for yours.

We need to be aware. We need to exercise our rights. We need to pray. And we need to remember that in Him, we are MORE THAN CONQUERORS!

“No, in all these things we are more than conquerors through him who loved us.” Rom 8:37