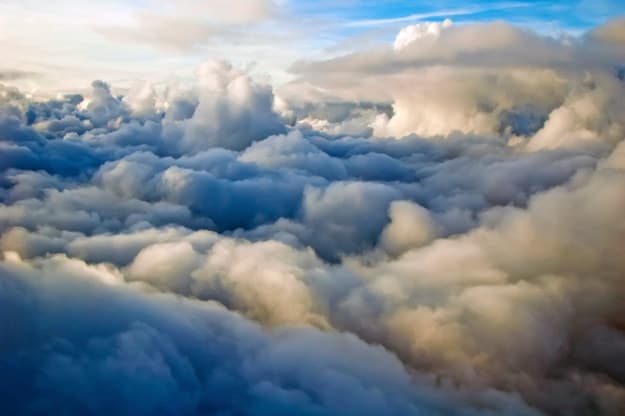 America’s entitlement society has now reached its zenith. For over a half-century, the United States government and its 501c3 corporate churches have indoctrinated several generations of Americans in welfarism–or more commonly known as socialism. When I was a boy growing up, my dad had another name for it: something-for-nothing. And in his lexicon, that term was more than an oxymoron: it represented something that didn’t even exist. To him, there was no such thing as something-for-nothing, even if people acted as if there were–and to desire such a thing was the height of dishonesty and villainy. Oh, and Dad was a Democrat. But hardly anyone today (Democrat or Republican) ISN’T sucking on the government teat, including churches and a sizeable percentage of the “worshippers” inside them.

In fact, the something-for-nothing crowd now dominates modern politics, education, religion, economics, and the media. Parents, pastors, and politicians alike constantly cater to the something-for-nothing mindset. The average American (including the average Christian) seems to have the attitude that they are “owed.” And if they don’t get what they want, boy can they pitch a royal temper tantrum.

Well, as I said, America’s entitlement society has now reached its zenith.

A new survey reveals that more Americans than ever do not believe in God, do not pray, and do not engage in any form of worship. The survey indicates that this is the least spiritual generation of Americans in U.S. history. At the same time, however, the survey says that MORE Americans believe in Heaven.

How can people deny the existence of God and yet believe in Heaven, you ask? Think about it. It’s the ultimate entitlement attitude: even without God I am entitled to enjoy everlasting happiness. No conditions; no requirements; no faith; no repentance; no salvation: I am entitled. I say, again: America’s entitlement society has now reached its zenith.

Americans Skeptical Of God But Think Heaven Is Real, Somehow

Actually, the results of this survey should not come as a shock. As I said, politically-correct society has been catering to the something-for-nothing crowd for decades, as has the dominant political and media establishments–along with most churches. Politicians promise people that they will be given government goodies, while pastors promise people that they will be given heavenly goodies. No strings attached. It’s all about them and their entitlements.

Add to the mushy, sloppy, touchy-feely, lovey-dovey, don’t-offend-me kind of churchianity a rabid make-the-Arab-sand-glow warfarism so typical in the average evangelical church–along with a church house filled with gossiping, backbiting busybodies–and it is little wonder that more and more unbelievers prefer to stay that way.

Believe me, if my faith was based on the way so-called Christians have betrayed me, knifed me in the back, lied about me, gossiped about me, slandered me, tried to ruin me, tried to bankrupt me, ad infinitum, I would have no faith either. Thankfully, my faith doesn’t depend on THEM.

I realize that other people cannot personalize what is purely another man’s experience, but all I can tell my unbelieving readers is that I met (in my soul and spirit, of course) a crucified, risen Savior, and He changed my life. He has been my best Friend since the day I first met Him. He has never failed me. He has never forsaken me. He has walked with me through every storm and tempest. And my faith is in HIM.

So, on this Resurrection Sunday, I will stand in my pulpit and tell the wonderful story of how my Friend was crucified for my sins and rose from the dead to save me. If anyone wants to watch my message live this Sunday afternoon at approximately 2:30pm (Mountain Time), here is the link:

And for those who won’t watch the video message, I will simply share my Friend’s story as told by Saint Matthew:

“In the end of the sabbath, as it began to dawn toward the first day of the week, came Mary Magdalene and the other Mary to see the sepulchre.

And, behold, there was a great earthquake: for the angel of the Lord descended from heaven, and came and rolled back the stone from the door, and sat upon it.

His countenance was like lightning, and his raiment white as snow: And for fear of him the keepers did shake, and became as dead men.

And the angel answered and said unto the women, Fear not ye: for I know that ye seek Jesus, which was crucified.

He is not here: for he is risen, as he said.

Come, see the place where the Lord lay. And go quickly, and tell his disciples that he is risen from the dead.”

The survey mentioned near the beginning of this column is probably a true reflection of how milquetoast preachers and pandering politicians have created America’s ultimate entitlement society. That’s a shame, because if people knew my Friend the way I know Him, they could never let phony Christians and warmongering preachers keep them from loving and trusting Him either.