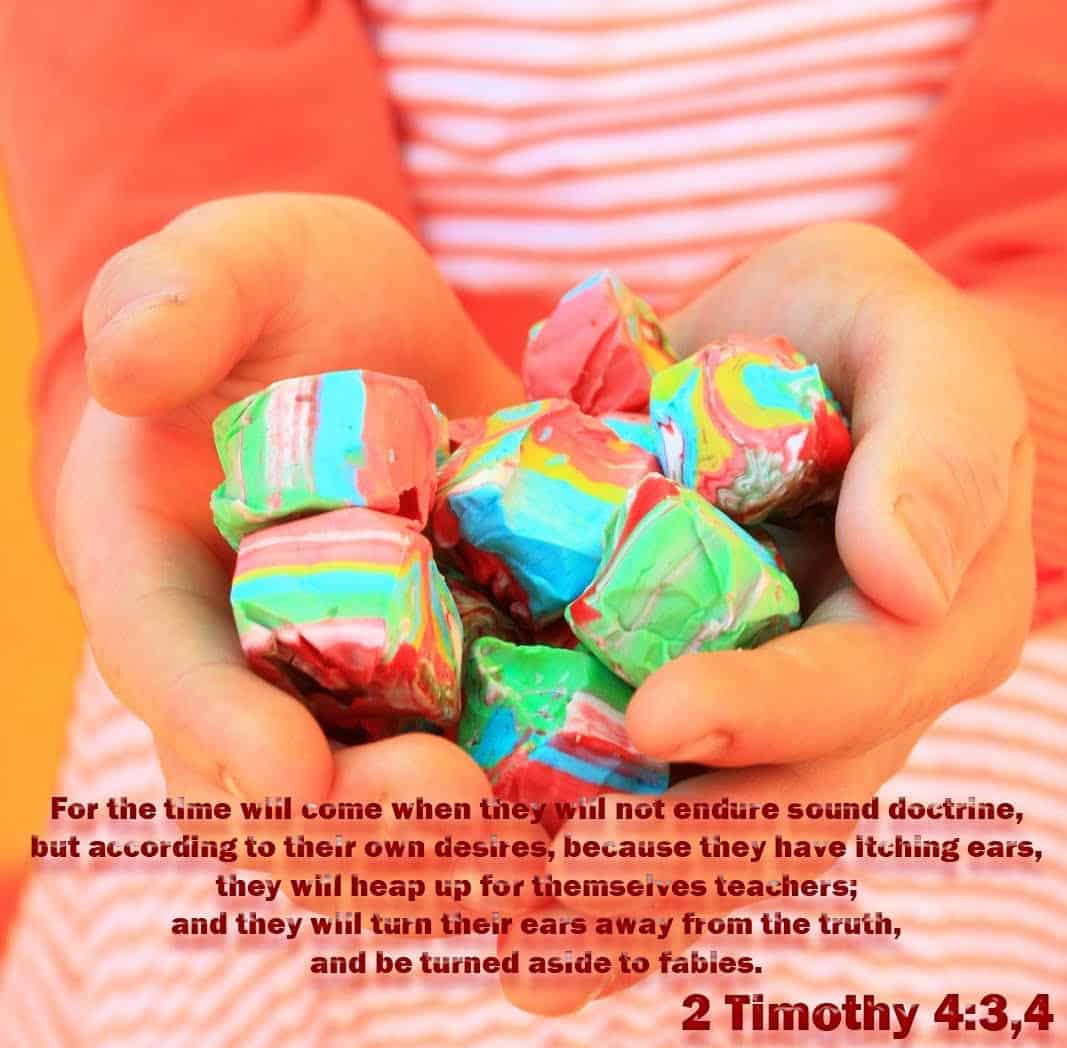 “Churches are dividing over this….” (Pastor Jerry Wragg)

There is a growing movement within conservative Christianity which has come to be termed the “Free Grace” or the “Hyper Grace” movement, and which has become enough of a concern for a number of pastors to publicly name this movement, and its leaders, and sound a warning. Three of the most prominent and well known leaders of this movement are Tullian Tchividjian (grandson of Billy Graham and author of Jesus + Nothing = Everything), Elyse Fitzpatrick (author of the parenting book Give Them Grace, and a counselor in the biblical counseling movement) and Paul David Tripp (author of New Morning Mercies and also a counselor in the biblical counseling movement).

The controversy in a nutshell:

– Proponents of Free Grace/Hyper Grace seem to be confusing justification and sanctification as being one and the same thing.

– Free Gracers tend to regard imperatives in scripture (“Law”) as being mentioned only for the purpose of explaining to Christians what will (passively) occur to them throughout their Christian walks, while the non-Free Gracers believe that imperatives are mentioned in scripture for the purpose of exhorting believers to (actively) engage in their own sanctification, albeit always by the power of the Holy Spirit.

– And of course, those on the other side of the argument would have concerns that Free Gracers are Antinomian in their Christian walks, and would tend toward licentiousness.

Some Christian pastors who have addressed this movement;

“I have a lot of young people in our church, and I talk to them all the time and counsel many of them, and all of our staff counsel the up-and-comers who’ve been saved by grace. And they are immersed in and loving what the Bible says about justification by faith alone. They are as reformed, through and through, as they can be in the early part of their Christian life. But as we counsel them, it’s interesting. They have a lot of patterns of failure as you would expect (in new believers), but there is a defeatedness and spiritual fatigue that is also there quite often. And look, they’re singing the songs as passionately as anyone on Sunday morning. I’ve never seen so much passion….a lot of heat, a lot of passion. But it doesn’t seem to change the spiritual patterns of growth and maturity in their lives quite often. And then this sort of depression sets in, and these doubts set in. And it’s interesting, the Free Grace movement today sees the greatest problem in the church as driving people to conform to rules for fear of failing to accept or hold onto God’s love. It’s like the diagnosis today is, if you see people today in spiritual fatigue, it can’t possibly be because they’re just sinning and full of guilt and need to repent and live a life of confession. That can’t be it. It’s got to be because the rest of us are telling them about duty all the time. Tullian Tchividjian calls it ‘the plague of performance-ism,’ which is trying too hard, and they’re just tired. Let me tell you, (if a Christian believes) that their salvation could be lost, (and they have been) taught…….that their salvation is not secure, and they don’t understand justification, by all means, ground them in the security of the justification of God. Ground them there. But sometimes, it isn’t that they are doubting at all their justification. Sometimes, listen, they are under the divine burden of guilt and failure that is on their conscience. If you tell them about free grace in that moment, you will tempt them to ignore the conscience.”

“Beloved, there’s a very real danger in merely telling exhausted, fearful Christians that Christ has done everything for them. You must help them trace their spiritual discouragement to the correct root. I mean, you know that, right? Cain was depressed, and what did God say to him? ‘Hey man, if you sing a song about me, won’t your countenance be lifted?’ No. And I don’t mean to be overly critical, I’m just saying, He said, ‘If you do what is right…….'”

“We told an entire generation that evangelism means ‘Go immerse yourself in the culture,’ and they did. And now their life is riddled with all kinds of sensuality, carnality, and the dumbing down of God’s standards. And they don’t see sin rightly. They don’t see the standard of God’s holiness where they need to see it. And so they’re living a sensual life, and they’re burdened because they’re hearing gospel truth from your pulpit. They’re hearing the word of God from your pulpit, and they’re burdened. And they come to you and they say, ‘What’s wrong? I sing songs to the cross, I pray, I contemplate grace (and I’m still burdened). What’s wrong?’ I’ll tell you what’s wrong, beloved, you haven’t repented of those moment by moment times when temptation presents itself, and you believed God for your justification, but in that moment (of temptation), you won’t believe him, and his promise, for your sanctification. You believe lies in the moment. And so it’s dangerous to tell every sin-worn Christian that his or her disobedience is nothing more than a failure to bask in grace, a failure to be joyful that they’re already accepted in Christ. That isn’t the point…….So I would suggest that what this sensual, culture-immersed generation needs is not another excuse for their guilt and weakness, but a message of real power. Real power that God assures us in the very gospel of grace, and the power that comes by the means that God chose. The Bible never pits indicatives against imperatives. The grace that effected and secured my justification is the same grace that empowers me in the use of God’s intended means, which are the word and prayer and service and praise, etc. And the key that unleashes the Spirit’s power in sanctification is true faith. When you entrust yourself to God’s word in the moment of temptation, that’s what starves the flesh. That’s mortification. Scripture teaches that Christ’s victory over sin and death in the past is what assures us of the dynamic power over sin in the present.” (my emphasis)

(2) Wayne de Villiers of Grace Community Church has also weighed in on the Hyper Grace movement with two excellent talks:

The Misleading Refrains of the Hyper Grace Movement – Part 1

The Misleading Refrains of the Hyper Grace Movement – Part 2

(3) Pastor Chris Anderson of  Killian Hill Baptist Church addressed this movement with a sermon series entitled Taking Aim At Godliness, and which is linked below:

(4) Pastors Kevin DeYoung and Tullian Tchividjian have engaged in a kind but vigorous public exchange on the topic of Sanctification and Hyper Grace. That exchange was helpfully compiled by Don K. Clements of The Aquila Report, and can be read here:

What We All Agree On, and What We (Probably) Don’t, In this Sanctification Debate

Kevin DeYoung is the pastor of University Reformed Church and author of one of my favorite books – Just Do Something: How to Make a Decision Without Dreams, Visions, Fleeces, Open Doors, Random Bible Verses, Casting Lots, Liver Shivers, Writing in the Sky, etc.

(5) Carl Trueman, pastor of Cornerstone Presbyterian Church, has published a number of articles at the Reformation 21 blog addressing the topic of Free Grace/Hyper Grace. They can be read below:

Where the Sanctification Controversy Lies(Rick Phillips)

Imperatives Are For Preaching…… (Todd Pruitt)

Concerns about the “Efficacy” of Works (Rick Phillips)

Can Questions Be Slanderous? (Carl Trueman)

I Forgive You, But Please Don’t Call It ‘Giving Grace’ (Megan Hill)

Law-Gospel Off the Rails (Rick Phillips)

Thank God That Christians Are Not Totally Depraved (Rick Phillips)

I Am Not Antinomian (Elyse Fitzpatrick)