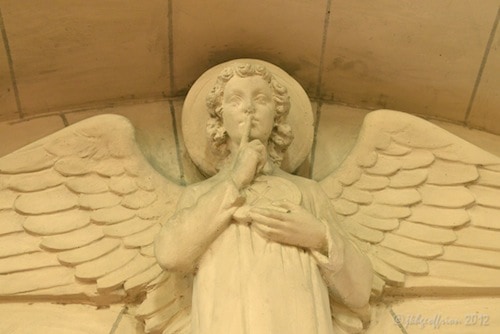 =One of the primary difficulties in discerning the actions of the current shapers of the New World Order is in understanding the secretive culture that gave rise to their worldview.  Forged in the exclusive doctrines of the occult and socialized in elite clubs, the doctrine of secrecy is essential to the exercise and preservation of power and influence.  This doctrine of silence is not of recent invention; its provenance reaches back into past civilizations.

The Egyptians had their own God of Silence:  Haar-Poor-Kraat, a god-form of Horus.  This god-form has always been depicted with the right hand placed toward the mouth with one finger over the lips in a gesture of silence. 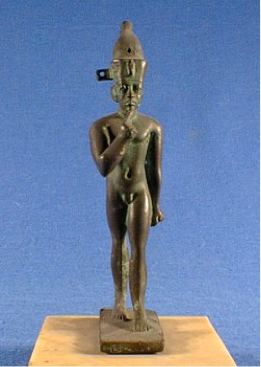 The Greeks had their own God of Silence as well: Harpocrates, a version of the Egyptian God of Silence.  This god-form was similarly depicted as his Egyptian counterpart, with the right hand placed toward the mouth and one finger over the lips in a gesture of silence. 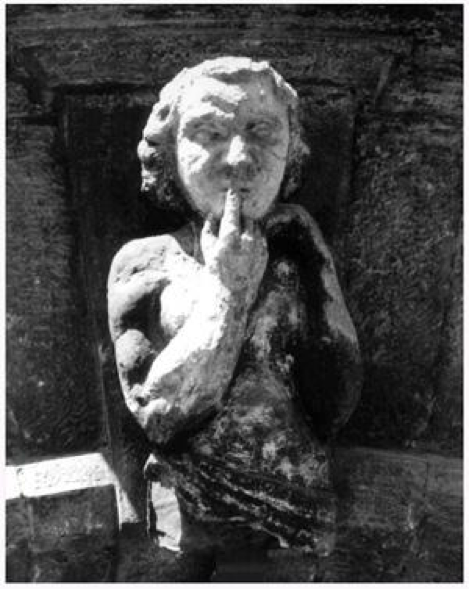 In the late 18th Century, Sir Francis Dashwood organized an elite group of English Lords and other elites for drink and debauchery in the English countryside.  Sir Francis’s club was never originally known as a Hellfire Club; it was given this name much later.  His club used a number of other names, such as the Brotherhood of St. Francis of Wycombe, Order of Knights of West Wycombe, The Order of the Friars of St Francis of Wycombe and later, after moving their meetings to Medmenham Abbey, they became the Monks or Friars of Medmenham.  The first meeting at Sir Francis’s family home in West Wycombe was held on Walpurgisnacht, an important day for occultists.  In 1751, Dashwood leased Medmenham Abbey on the Thames River.  Underneath the Abbey, Dashwood had an intricate series of caves carved out from the soft chalk hill. At night, disguised revelers journeyed by boat up the Thames to the Hellfire caverns.  The Club was decorated with mythological themes, phallic symbols and other items of a sexual nature.  The motto “fait ce que voudras, or “do what thou wilt” was placed above a doorway in stained glass.  The axiom “do what thou wilt was derived from the French playwright Rabelais, who defined a community of individuals who dedicated their lives to personal freedom: 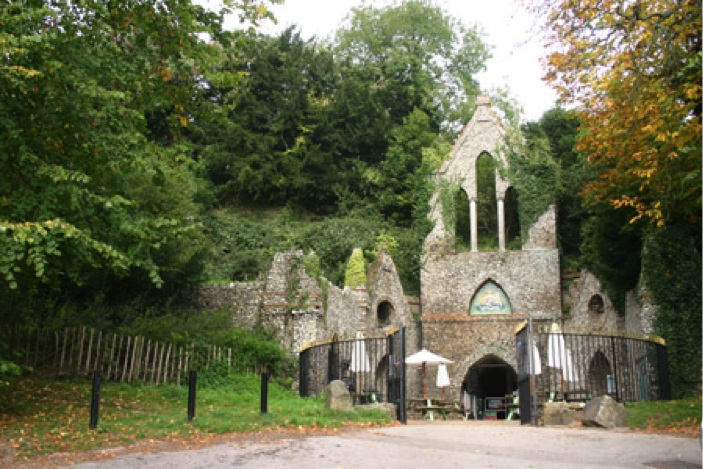 All their life was regulated not by laws, statutes or rules, but according to their free will and pleasure. They rose from bed when they pleased, and drank, ate, worked and slept when the fancy seized them. Nobody woke them; nobody compelled them either to eat or to drink, or to do anything else whatever… In their rules there was only one clause: do what thou wilt.

Dashwood definitely created an ancient Egyptian-Graeco-Roman theme for the club. The visitor to Medmenham was welcomed by a statue of Harpocrates, the Greek god of silence, as well as of his female equivalent, the goddess Angerona. They seem to be there to remind the members that they are required to be silent about what goes on inside.

Adapting the theme of “do what though wilt” and the doctrine of silence into the structure of a new religion was the black magician Aleister Crowley (1875-1947), the foremost occultist of the early 20th century.  A wealthy, Cambridge-educated world traveler, Crowley (rhymes with holy) associated with the artistic and cultural luminaries of his era, including such noted figures as Ernest Hemingway, W. B. Yeats and H. L. Mencken.  Fully committed to the transformation and illumination of the entire world, Crowley wrote numerous books detailing his vision of the ideal society: the strong over the weak, the maintenance of a patriarchal aristocracy ruling over a slave state, and the Darwinian killing of the unfit.  According to the Beast, a small elite must rule over the masses: “You will observe that I am advocating an aristocratic revolution.  And so I am!”

Most of Crowley’s evil doctrines have been kept secret in the past through initiation requirements in satanic lodges.  Crowley emphasized the doctrine of silence, as seen below in full magical garb making the stance and gesture of silence. 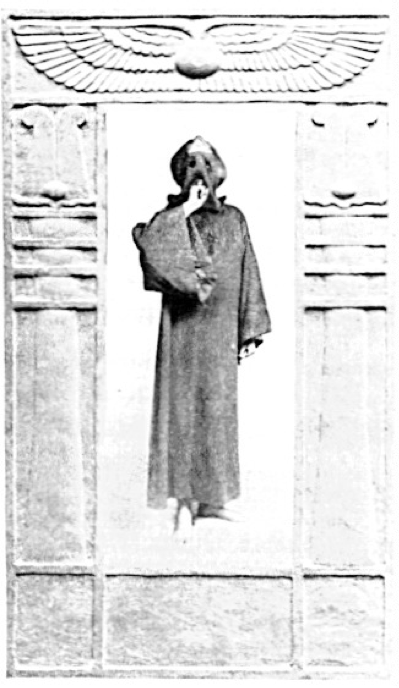 In the middle of the Yale University campus rests a nearly windowless Greco-Egyptian building with imposing iron doors. This is the home of America’s infamous secret society—Skull and Bones, founded in 1832. In the interior atrium of the building is a font with two skeletons with their hands over their lips in the gesture of silence.  Thus, the theme of silence has continued through generations of initiated Bonesmen. 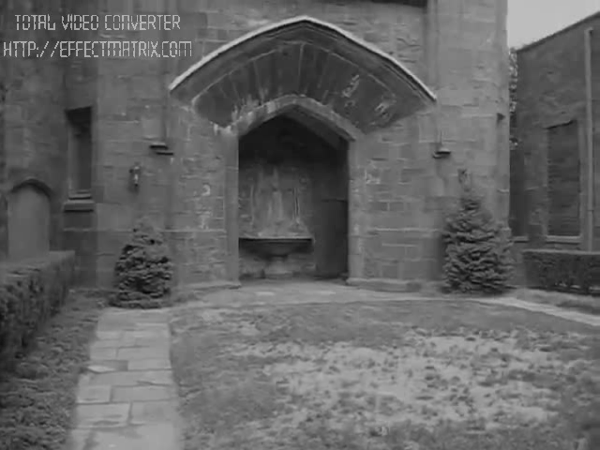 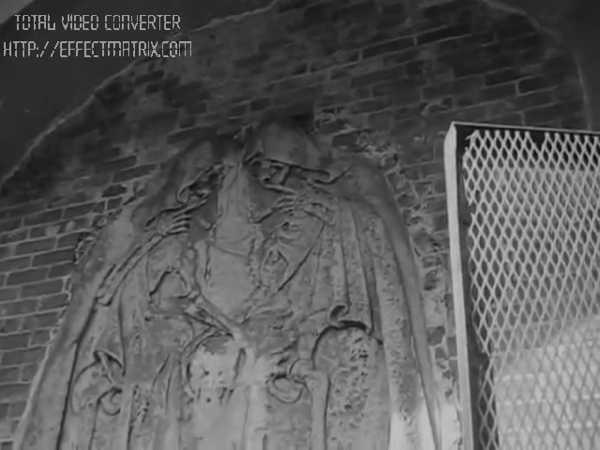 A modern “Hellfire Club” exists in the United States, called the Bohemian Club.  Located in San Francisco, California, the club convenes an annual all-male gathering in the Bohemian Grove redwoods of Sonoma County, located north of San Francisco.  Drunkeness and debauchery similar to the 18th Century Hellfire Clubs take place there for two weeks every year.  The patron saint of the gathering is St. John of Nepomuk, who was reputedly thrown into a river and drowned because he would not reveal the secret confessions of his parishioners to the Bohemian queen.  A prominent statue of the Eastern European saint is located in Prague (see below). 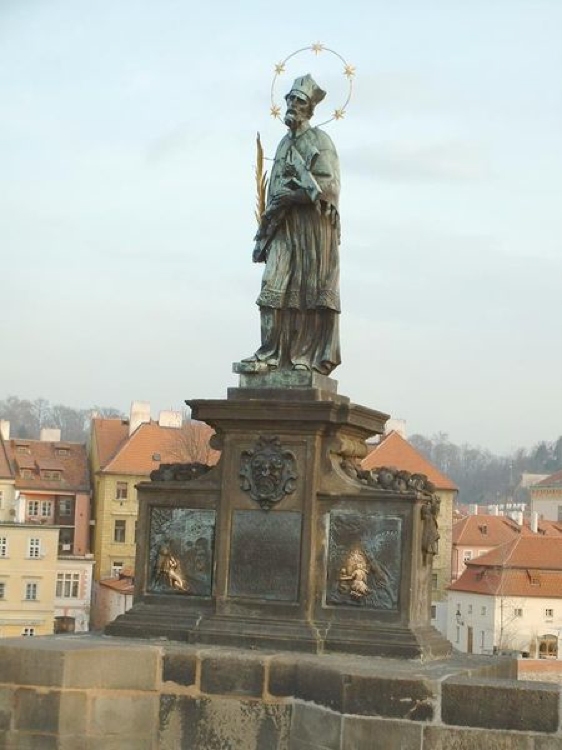 The Bohemian Club members have distorted the saintliness of John of Nepomuk for their own purposes.  The perverted statue of John of Nepomuk making the sign of silence guards the library room in the Bohemian Club building in San Francisco.  During Bohemian Grove meetings in the woods, the statue of John of Nepomuk making the occult gesture of silence is carefully transported from the Club in San Francisco to a hallowed tree near the center of the wooded Grove.  Apparently, meetings are held around the statue and attendees are reminded of the need for discretion while attending Grove revelries. 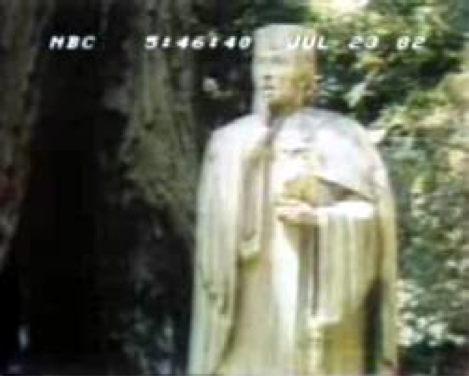 As this article demonstrates, the doctrine of silence pervades Western occult groups and their practices.  The importance of silence in the elite stretches from ancient Egypt to current pagan and occult influenced secret societies.  Members of these furtive groups  emphasize silence to prevent curious individuals excluded from these secret societies from easily determining their agendas.  Furthermore, important personal and business connections remain undisclosed to the public by individuals committed to a code of silence.  This silence ensures the preservation of power and influence by individuals involved in these secret societies and secret arrangements.   This code of silence operates as a hidden cancer in any society, and must be exposed to ensure transparent and equitable political and business arrangements. 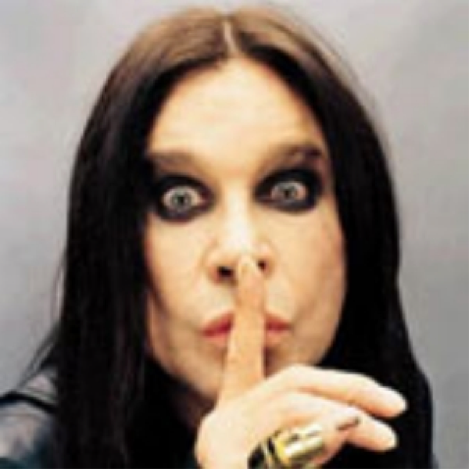 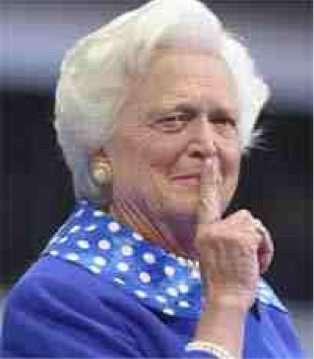