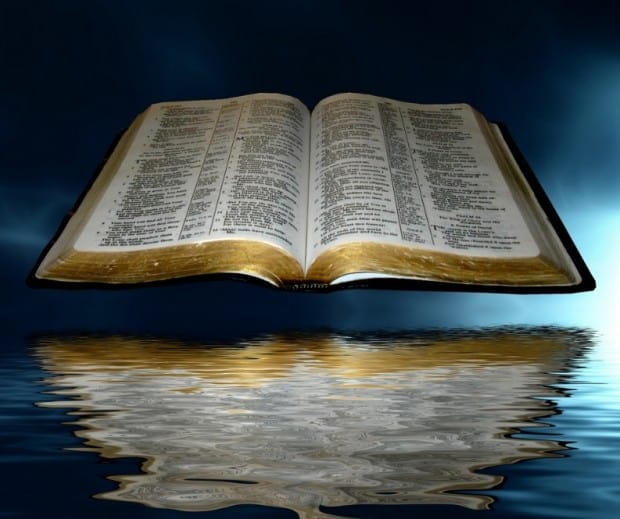 I’ve been asked by a couple of readers if I’d read the best-selling book by Jonathan Cahn, The Harbinger. It reminded me of a day back in an apologetics class that I took with Norm Geisler. An enthused student asked Geisler when he came into the room whether he’d read Tim LaHaye’s latest book (not sure of the title). The answer? “I haven’t finished Aquinas yet, why would I bother reading LaHaye?” Thanks for the memory, Norm!

I feel the same way about reading The Harbinger.1 No, I haven’t read it, nor do I plan to. My sentiments would be like those expressed in other reviews (by academics, people with some real training), though less courteous. Why won’t I waste the time when I read crazy stuff about the occult, ufos, and ancient astronaut silliness? Because those are more thoughtful, for one.2 But the primary reason is that the author’s thesis is so transparently wrong that only someone with a low level of interpretive literacy would find it persuasive. (I can already hear you now: “that’s most of the church, Mike”; I know and I’m not budging).

How can I be so cold? Here’s a summary of the book’s content from one review:

Isaiah 9:10-11 is the specific text of Scripture that frames The Harbinger. In context Isaiah 9:1-7 is one of the clearest prophecies in the Old Testament concerning the coming of the Messiah, both His first and second comings. This is followed by a warning of coming judgment on Israel because of its arrogance and rebelliousness (9:8-21). We know from subsequent revelation and from history that God s judgment did fall on Israel just as the prophecy promised.

So far so good. But then Cahn determines that Isaiah 9:10-11 contains a hidden second prophecy directed not to ancient Israel but to modern America. At this point the author massages Scripture and current events in an attempt to prove that God s judgment on the United States has been hiding in these verses from the day they were given by Isaiah, but have now been unlocked by the careful investigation of Cahn.

Got it? There’s a hidden prophecy about the United States in Isaiah 9:10-11. Let’s see if anything stands out to you in the passage:

8 The Lord has sent a word against Jacob,
and it will fall on Israel;

9 and all the people will know,
Ephraim and the inhabitants of Samaria,
who say in pride and in arrogance of heart:

10 The bricks have fallen,
but we will build with dressed stones;
the sycamores have been cut down,
but we will put cedars in their place.

11 But the Lord raises the adversaries of Rezin against him,
and stirs up his enemies.

12 The Syrians on the east and the Philistines on the west
devour Israel with open mouth.
For all this his anger has not turned away,
and his hand is stretched out still.

Did you find it? How about the first verse: “The Lord has sent a word against Jacob, and it will fall on Israel.” Is it really that hard to tell from that who the prophecy in this passage might be about? (Hint: The United States isn’t in there, but another country tied to biblical history is).

How about the next verse?

and all the people will know,
Ephraim and the inhabitants of Samaria,
who say in pride and in arrogance of heart:

So, who is it that utters the “key verse” for the entire Harbinger thesis — the prophecy of verse 10? Hmmm. Hard to tell. We need Jonathan Cahn and his publisher for that one. Without them I couldn’t tell it was the United States! I’d have thought it was Ephraim and the inhabitants of Samaria, the people in whose mouths verse 10 is placed. Silly me.

We need Cahn as well to show us that the dressed stones and sycamore trees are really cryptic ways of referring to the building of the new monument in place of the twin towers, and that the “enemies of Rezin” — listed as the Syrians and Philistines in verse 12, who come against Israel (sorry, I mean, the United States) are really the forces of al-Qaeda. What a blessing that Cahn can chase the plain words of the text from our eyes and replace them with hidden truths. Bless you Obi-cahn; you’re our only hope.

Honestly — the fact that this book is a best-seller in the Christian world is a tragic embarrassment. Cahn basically imposes an idea onto the passage and calls it interpretation. The idea of Bible study is to see what the text says, not to tell it what to say despite the clarity of the words in front of our faces. The popularity of The Harbingerdemonstrates for all to see the vast number of Christians who can’t even read an English Bible closely, much less do anything that resembles exegesis or analysis. How many Christian adults could name half of Christian music’s top ten, or name ten celebrities that profess Christ, and at the same time be completely inept at thinking through a passage on even this surface level?

A Christian enthralled by this twaddle deserves the label of biblical illiterate.